At Flahiff Funeral Chapels & Crematory, we have provided customizable memorial services for many years. Personalized service options allow you to honor your loved ones in a way that is both meaningful and healing. We hope to provide support and caring while delivering memorial services that celebrate life and help families find the peace they deserve.

If you’re seeking an honorable celebration of life in Caldwell and the surrounding areas, we invite you to learn more about where we came from, our vision, and the dedicated people behind our work.

A History of Caring 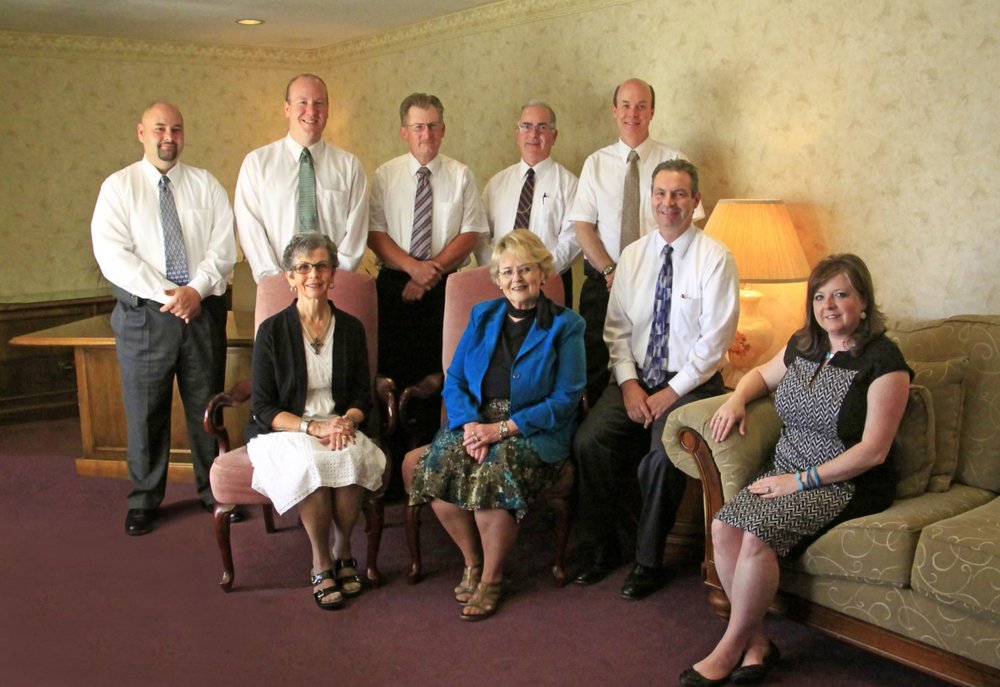 The Staff of Flahiff Funeral Chapels

The Flahiff Funeral Chapel in Caldwell was built in 1952 by Charles and Lucy Flahiff and strives to offer the very finest services to the families of the Treasure Valley to this day. Many changes have taken place over the years including the addition of the Homedale Chapel in 1964.

In 1984, Flahiff Chapels expanded its facility to offer alternative forms of services with the addition of Canyon and Owyhee County’s first crematory.

Traditional services are available coordinating with all religious preferences and churches as well as non-denominational services and are tailored to each family's requests. We also work with all area cemeteries.

Our Staff’s Dedication to Respectful Care

A funeral, or memorial service, should provide family members and loved ones with the chance to reflect, remember, and celebrate a life well-lived. Our goal is to create exceptional services and experiences that fulfill the wishes of your loved one. Our experienced Funeral Directors provide guidance on the crucial first steps toward healing. 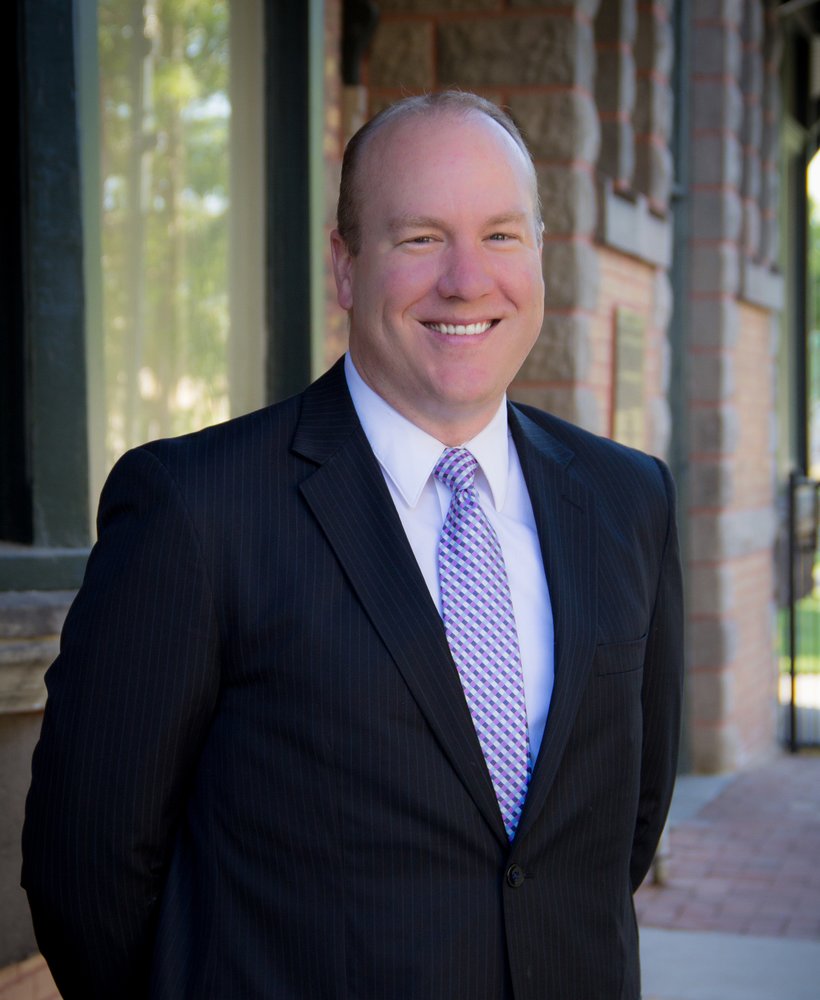 Jonathan Yearsley was born and raised in Eastern Idaho; growing up in Rigby, and graduating from Rigby High School.  After graduation, he attended Ricks College for a year; served a two year LDS mission Mandarin Chinese speaking to Sydney, Australia.  Upon returning home, he attended Ricks College and graduated with an Associate’s degree.  He then returned to Asia, and taught English in Dapi, Taiwan and toured Asia for a year.  He met and married his wife, Janil, and together they started a family in Cleveland, Ohio.  He graduated from Cleveland State University with a Bachelor’s in Biology, and then attended Mid-America College of Funeral Services in Jeffersonville, Indiana.  While there he worked at Spring Valley Funeral Home in New Albany, Indiana.  After graduation, he moved to Caldwell and started as an apprentice at Flahiff Funeral Chapels.  He became a licensed mortician in 2012.  While at Flahiff, Jonathan helped to create the annual Celebration of Remembrance, he enjoys supporting local sports teams, and looks forward to carrying on Flahiff Funeral Chapels’ longstanding tradition of families serving families. 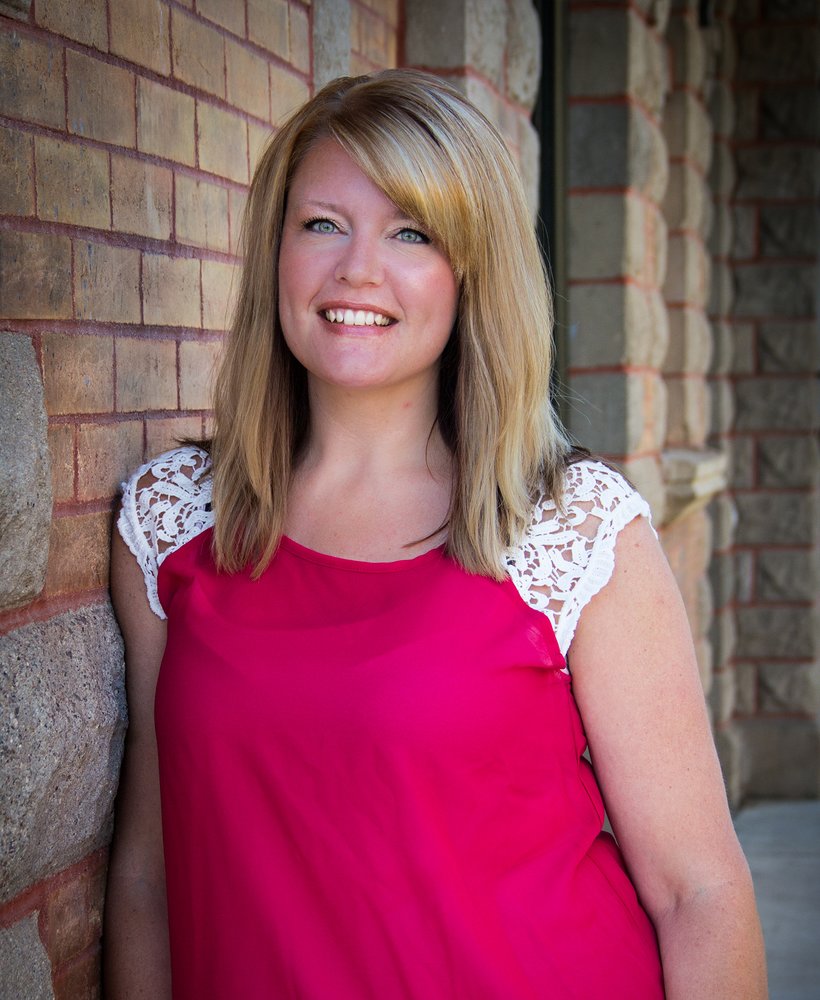 Jessie Jensen has been with Flahiff Funeral Chapel since 2015 as a Funeral Attendant and Hair Dresser. Jessie resides in Sand Hollow, Idaho with her husband, Brad and their three children, Kyndall, Kylyn, Keltyn. She enjoys helping families during difficult times. Jessie is the owner of Dirt Road Photography and enjoys camping and watching her kids show horses. 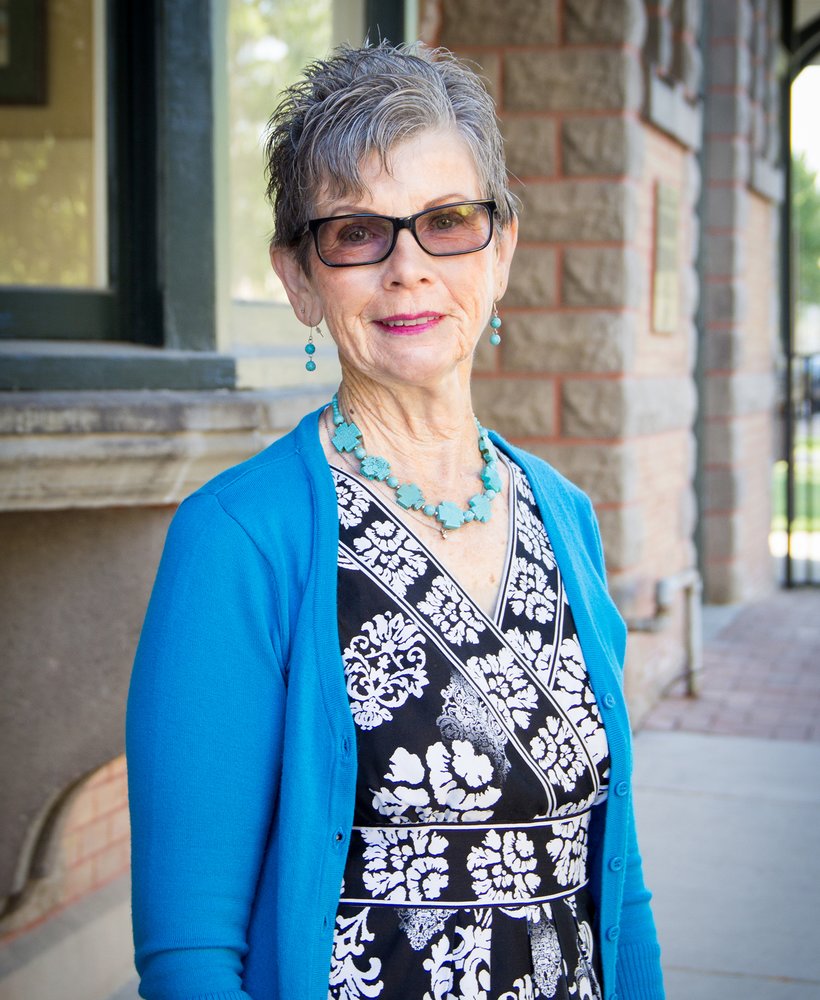 Alfreda Brown joined our Flahiff Family in 1982 as an administrative assistant, retiring from her full time position in 2008. She has continued to work part time at Flahiff as a funeral attendant and part time office administrative help and is lovingly referred to by our staff as our “Flahiff Mom”. Over the years, her greatest joy at Flahiff Funeral Chapels has been serving our families in their time of need. Alfreda and her husband, Don Brown, who pastors at Caldwell Friends Church, enjoy motorcycle trips, family vacations and family dinners. Don also serves regularly as a pastor and officiant to families that have services with Flahiff Funeral Chapels. Alfreda’s son, Mahlon is also a Funeral Director for Flahiff. 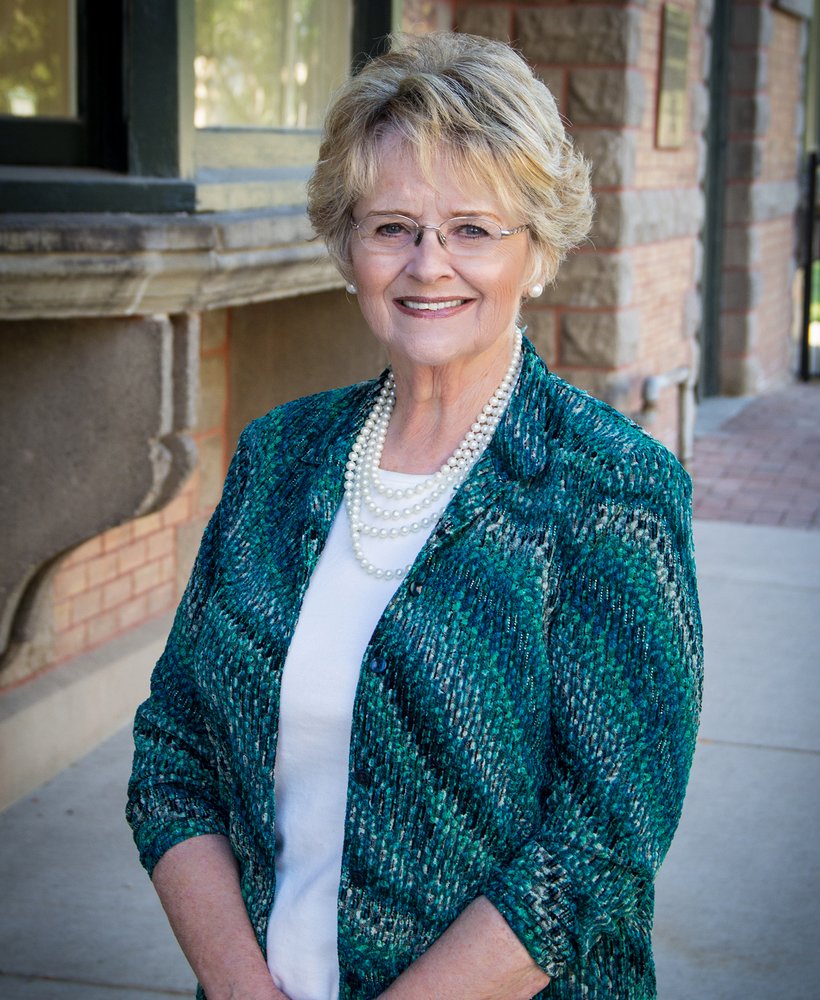 Margaret Post has been a Funeral Attendant with Flahiff Funeral Chapels since 2011. She and her husband, Jeff, have 5 grown children, 14 grandchildren and 5 great-greatgrandchildren whom she enjoys spending time with and watching their sporting events and activities. Margaret resides in Middleton, Idaho and is active in the LDS Church. In the past she has worked for the Middleton School District and Amalgamated Sugar Co. She enjoys working at Flahiff and loves the people she serves and works with. 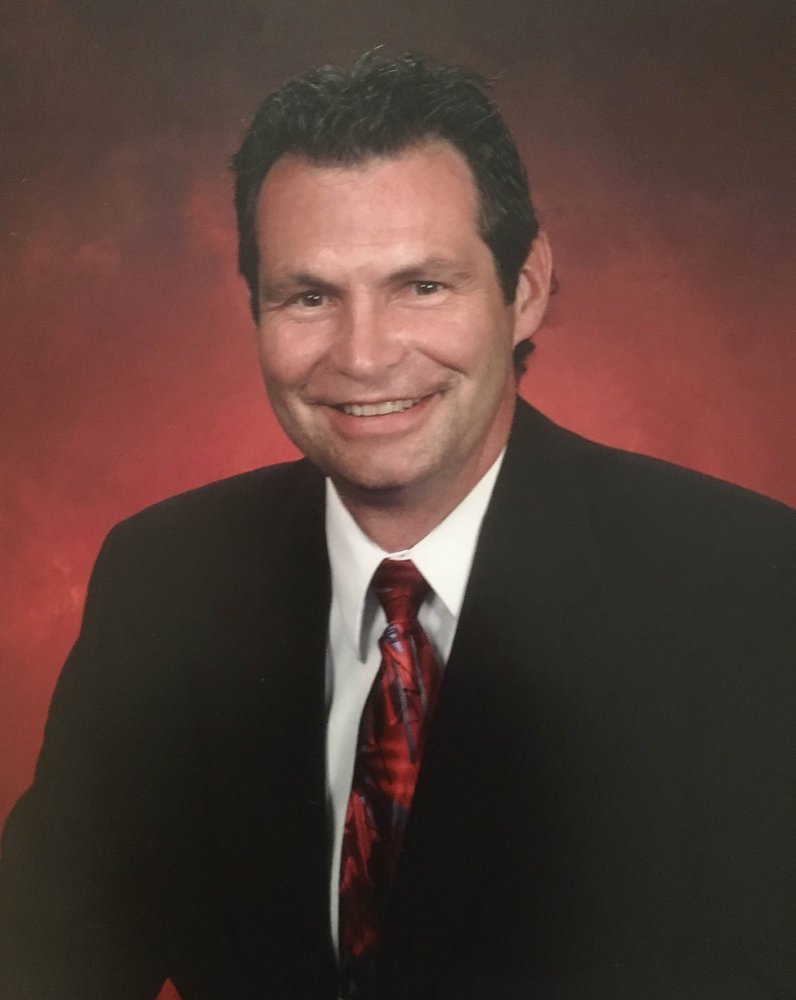 Mahlon Brown began working part time at Flahiff Funeral Chapel in Nampa in 1982. After graduating from Northwest Nazarene College in 1986, he graduated from Mt. Hood Community College with a degree in Mortuary Science. Mahlon received his Mortician's License in 1987. After working at Flahiff’s Nampa location in 1990, he transferred to the Caldwell location, serving both Caldwell and Homedale. In 2013 he scaled back his full time funeral employment but is available by family requests and to assist our fulltime staff on services. Mahlon and his wife, Laura Burri, are longtime Caldwell residents and enjoy traveling a good game of golf. 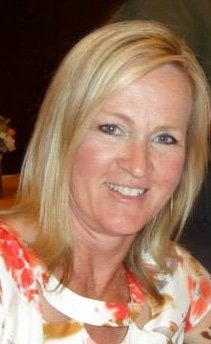 Ruthann Ensley joined Flahiff Funeral Chapels in October of 2015 as one of our Funeral Attendants. She was raised in Homedale, Idaho and graduated From Homedale High School in 1984. Ruthann is dedicated to serving families in her community. She feels having a detailed eye is important on a service for those who are grieving the loss of a loved one or celebrating a life well lived. She believes that is what leaves a lasting impression on those we serve. She believes seamlessly delivering a family’s request on setup of important items, collectibles or whatever may be used to tell to help families remember their loved one, is important. Ruthann enjoys reaching out to those who need her help and still resides in her hometown of Homedale, Idaho.  “This is the place where I am needed. This is the place that needs my open arms and helping hands.” Ruthann Ensley