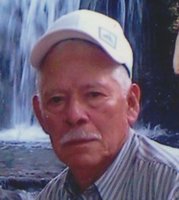 Domingo “Sonny Franco, 84, of Caldwell, passed away on November 24, 2019 from his battle with dementia at a care center in Caldwell, Idaho with his loving wife of 44 years, Maria, by his side. He was better known as “Sonny,” a nickname given by his father. Sonny was born in Marlin, Texas to Santos and Simon Franco.

Sonny married at a young age (Guadalupe) and had 3 children. He worked as a laborer working in various states in the United States. Sonny relocated to Idaho in the seventies where he remarried (Maria), and had another child. Sonny worked 21 years for J.R. Simplot Co. and retired in 1997.

He enjoyed many different hobbies: fishing, camping, painting, leatherwork, and knife making. There was not a day that went by that he didn’t try to keep busy whether in his garden or garage.

He is preceded in death by his parents, Santos and Simon Franco; all 7 siblings, Juanita, Francis, Georgia, Guadalupe, Daniel, Maria, and Simon.