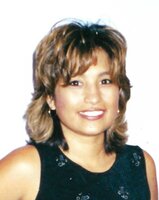 Josie Terry, 51, of Boise, sadly passed away on August 16, 2022 in her home in Nampa Idaho.  Josie was a jack of all trades, the longest being at Motive Power as a locomotive technician for over a decade. Josie was predeceased by her first-born son Jacob Ojeda and her father Jose Devalle. Josie left behind her two daughters Amber Chavez, Marissa Terry, and her youngest son William Terry. She had a magnetic charisma and was beloved by many who had the privilege to know her. A public viewing will be held at Flahiff Funeral Chapel on August 25, 2022 at 6 PM and a memorial service will be held August 26 at 11 AM. At Flahiff Funeral Chapel.

To watch the funeral service you can copy and paste the following link:  https://client.tribucast.com/tcid/5160480223