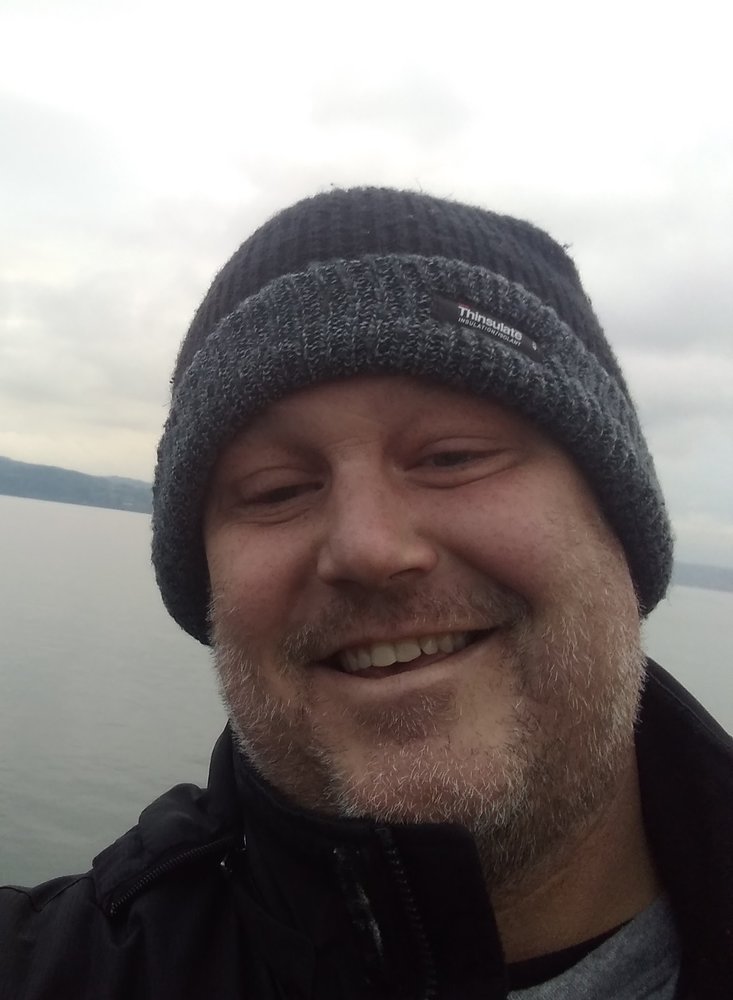 Warren was born in Boise, Idaho.  His parents, Warren and Karen Harris, were very excited and proud to have a son join their two girls.

Warren attended Emmett schools and was involved in many sports activities while growing up in Emmett.  Warren loved many sports, but his “true love” was football.  Warren played on the Emmett Varsity Football Team as a freshman and continued to play linebacker throughout his senior year. Warren attended football camp in Moscow, Idaho under the direction of Emmett’s Coach Pratt. Warren’s senior year, he won an award titled “Mr. Defense” and was very proud to receive this among his teammates.

Warren was an avid Chicago Bears Fan.  He watched Football all the time; College, Monday Night Football and Sunday NFL Ticket.  Warren was selected to play with a Treasure Valley All-Star Football Team in 1996 under Coach Cooper from Caldwell.  Warren enjoyed this trip very much; not just visiting Australia, but the excitement of playing with other high school football players he played against in high school, motivated him even more. He looked forward to playing with many talented football boys. This was a trip of a lifetime and many memories were made in the land “Down Under.”

After high school, Warren met his first wife, Misty, in 1997 and they married in December of that year.  They welcomed a daughter, Savannah, in March of 1998. Warren and Misty went their separate ways in 2001 and Warren remained in Bellingham, Washington.

Warren met Sarah Blackburn in 2003. They were married in 2005 and they had two children, Alexis in 2003 and Maximus in 2009. They lived in Bellingham, Washington and then moved to the Boise area for a short while.  Warren and Sarah decided to part ways and both parties moved back to the Seattle area.

While living and working in Everett, Washington, Warren met his current girlfriend, Amy.  Together they moved into an apartment and had made it their home for the last 7 years.  Warren enjoyed the Seattle area and while being in Seattle Seahawk country, he still cheered on his favorite team, the Chicago Bears. Every year during high school football season, he would ask about the Emmett High School football team and how they looked.  Warren was very excited to learn that his nephew’s team was on a roll.  Our family would call him and tell him about the games and how the team played in the State Tournament.  It was extra special when his nephew’s team made it to the State Championship Game in Pocatello, Idaho in 2015 and won.

Football took up a lot of time, but Warren did enjoy the outdoors. He liked to camp, fish, hike, loved campfires and enjoyed time at the family cabin at Warm Lake. While troll fishing, he would talk about many things, but the subject of football always came into his conversations.

Later on in life, Warren focused on his job, enjoyed spending time with his kids and started to watch more movies.  Football movies too: “Remember the Titans, Rudy, We are Marshall, Invincible, and Radio,” to name a few.

The Heavens above will be well entertained when it comes to sports.  Warren, we hope you entered your stairway to heaven through a field goal. May you rest in peace and enjoy your time with Mom, Dad and other loved ones.  WE LOVE YOU.

Warren’s memorial service will be held on March 23, 2019 at the Emmett Church of the Nazarene at 11:00 AM. A luncheon will follow. In lieu of flowers, contributions may be made to the Emmett Huskie Football Program or your favorite Charity. Condolences and memories can be shared on Warren’s memorial page at www.flahifffuneralchapel.com.

To send flowers to the family or plant a tree in memory of Warren Harris, please visit Tribute Store
Print
Saturday
23
March