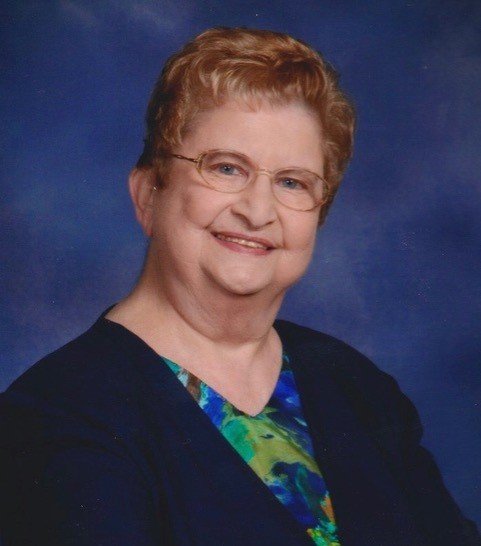 Judy Trupp (Helen Judith Smith Trupp) passed away peacefully on the evening of April 15, 2019 in Boise, Idaho. Judy was born in Boise at St. Luke’s Hospital on October 29, 1942. She grew up in Caldwell, Idaho, active in Job’s Daughters with her parents Edith Kelly King Smith and Vernon Smith. Canasta cards were always at the ready to play with her brother, Carl King. She graduated from Caldwell High School in 1951 and was a life-long passionate Caldwell Cougar. Judy loved attending class reunions and spending time with her friends from high school.

Judy started college at the College of Idaho, and then transferred to the University of Idaho, earning her BS in Education in 1965. In the fall of 1964, Clyde Trupp won Judy in a dorm Pinochle game and they were married that fall. After graduation, they drove cross-country to Ames, Iowa while she was very, very pregnant. Soon after arriving in Ames, son Kelly was born. Judy worked at a television station while Clyde finished his PhD. In 1968, they moved on to Michigan State where daughter Kimberly was born in Lansing, Michigan.

After a few years, they decided to return to Idaho and Judy sent Clyde ahead to figure out the details. He brought home lovely color photos of the houses he had seen, and then proudly displayed the 3x3 black and white photo of the diamond in the rough he had purchased in Apple Valley. She enjoyed working at Amalgamated Sugar as Superintendents Clerk and many years as an active volunteer throughout the community. For many years, she organized the annual church ice cream social during Rock Hound Days, kept records for her bowling leagues at the Sugar Bowl in Nyssa, and she received appreciation awards for supporting the 4-H program in which Kelly and Kim participated. Later, she regularly volunteered at the Canyon County Courthouse and the Central Health District.

Judy loved singing in the church choir and performing solos during service at Nyssa United Methodist Church. She raised her kids with a love of the arts. Over the years, she pushed Clyde out the door in a suit and tie for hundreds of elementary, junior high, high school, and community band, orchestra, and musicals in which their kids performed.  She loved attending summer shows at the Idaho Shakespeare Festival with Kelly and Robert and this past winter she thoroughly enjoyed seeing The Lion King performed in Boise.

A memorial service will be held on April 26 at 11am at the United Methodist Church in Caldwell in the chapel where she married Clyde 54 years ago. At 1:30 that same day, her urn will be set with those of her parents at Hillcrest Memorial Gardens. In lieu of flowers, donations can be sent to ‘Feed the Seniors’ via United Methodist Church 824 E. Logan Street, Caldwell, ID 83605. Condolences can be given at www.flahifffuneralchapel.com

To send flowers to the family or plant a tree in memory of Helen "Judy" Trupp, please visit Tribute Store
Print
Friday
26
April