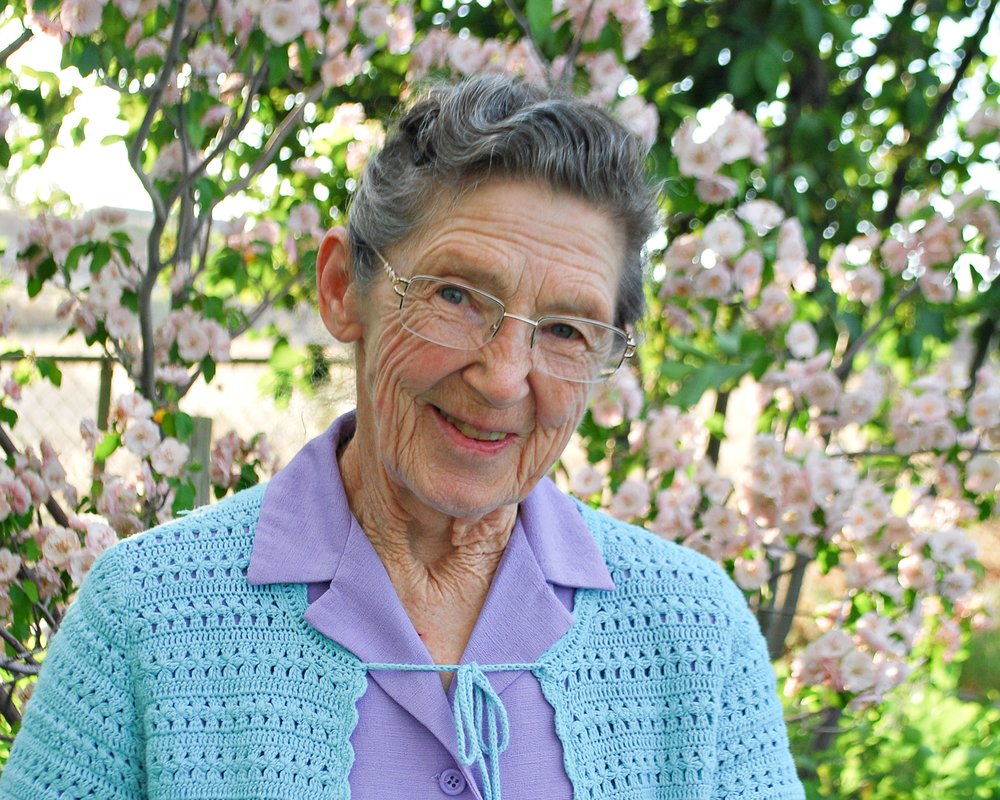 Genevieve (Gen) Ruth Puckett Nicholson passed from time into eternity on April 19, 2019 at the age of 89.  Genevieve was born in Keno, Oregon to Ralph Puckett and Neva Shewmaker. She was the elder of two children and the oldest grandchild to her Grandmother Shewmaker.

Genevieve loved school and excelled in her education, graduating as valedictorian of her class at Fruitland High School.  As a child, she helped her father on the farm, cooking meals for the family as well as learning the arts of canning, sewing, and gardening.

At an early age, Genevieve came to love and know the truth of God as it is in Jesus.  She re-confirmed her commitment to God as a young mother and was true to her faith. She finished her days in this life with the beautiful Spirit of God guiding her words, actions, and attitude.

Genevieve met Gilbert (Gil) Allen Nicholson of Twin Falls, Idaho at the University of Idaho on a blind date. They married a year and a half later on August 29, 1950 in Payette, Idaho.  They both completed their educations, Gen in Elementary Education and Gil in Chemical Engineering. They spent wonderful years together, raising five children and caring for each other. They lived in Dayton, Ohio for two years before moving to Richland, Washington where Gilbert worked at the Hanford Project until 1977.  The next 11 years were spent in Dillon, Montana where they owned and operated a KOA campground. In 1988, they moved to West Richland, Washington until Gilbert retired. After retirement, Gil and Gen moved to Cove, Oregon and built their log home where the family gathered and vacationed, until Gil and Gen moved to Wilder, Idaho in 2014.

Genevieve is predeceased by their older son, Allen, and survived by her husband, Gilbert, and their other four children: Julie (Terry) Ley, Denise (George) Kirkpatrick, Debra (Kelly) Vance and Steven (Kellie) Nicholson.  She is also survived by 12 grandchildren and 7 great grandchildren.

Memorial Services will be held on Monday, April 22, 2019 at 1:00 pm at Flahiff Funeral Chapel in Homedale.

To send flowers to the family or plant a tree in memory of Genevieve Nicholson, please visit Tribute Store
Monday
22
April