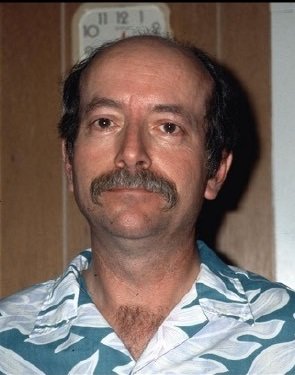 Michael J. Gowen died at his home in Wilder on April 24, 2019.  He is survived by his siblings Justine Gowen Hopper of Caldwell, Paul J. Gowen of Birmingham AL, Christine Gowen Boone of Georgetown TX, and numerous nieces, nephews, grand-nieces and grand-nephews.

Michael was descended from one of the early pioneering families of Caldwell.  His grandfather Justin “Jess” Gowen served as Postmaster and Mayor of the city in the early 1900’s.  Michael was the nephew of Paul R. Gowen, a Caldwell native and Army pilot in whose honor Gowen Field in Boise is named.

Michael was born in Butte MT on December 1, 1946, to Justin B. and Mary Gowen.  Although he lived his earliest years in Butte and Seattle, a significant part of his youth was spent in the Washington DC area, where he graduated from Gonzaga High School in 1964.

Michael earned his Bachelor’s degree in Anthropology and Sociology from the University of Virginia in 1968.  He went on to earn his Master’s degree in Folklore and Mythology from UCLA in 1973.  While in Los Angeles, he met and married his wife Beverly Haughey in 1980.  They subsequently moved to Caldwell and were divorced in 1984.

Michael was a skilled Computer Programmer and worked for Idaho Power.  His career there spanned several decades and he retired in 2005.

Michael had a passion for traditional Southern Blues and American Folk Music.  He was a talented guitarist and was a pupil of Master Guitarist John Fahey.  He was also a gifted artist, working through the mediums of music, drawings and stained glass.  Michael’s book “415 Original Designs for Stained Glass” was published by Dover Press in 1989.

Michael found the world a wondrous place and saw beauty in everything.  He had a deeply felt reverence for all living things.  These qualities came shining through to all of us who were fortunate to know him.  Michael touched our lives in a unique and special way.  He will be missed.

To send flowers to the family or plant a tree in memory of Michael Gowen, please visit Tribute Store
Saturday
27
July

Share Your Memory of
Michael
Upload Your Memory View All Memories
Be the first to upload a memory!
Share A Memory
Send Flowers