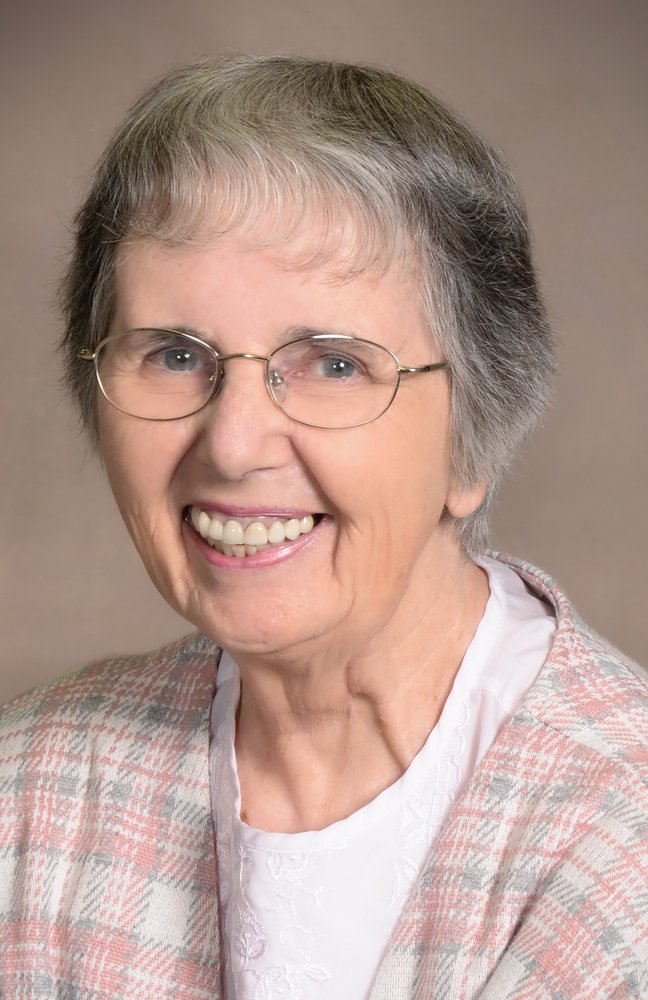 Virginia (Ginny) Mae Neunaber, 82, of Caldwell, ID passed into the arms of Jesus July 18, 2019 with family by her side in Nampa, ID. She was born to Charles Otto and Dorothy Jean (Everett) Williams, March 15, 1937 in Alton, IL. Ginny graduated from Civic Memorial, Bethalto, IL in 1955 and the same year married her childhood sweetheart Thomas C Neunaber. Ginny is survived by her five daughters: Terri (Dale) Bentley, Carol (Ken) Barnes, Kathryn (Mike) Beckwith, Christie (Mark) Dornian, Beth Neunaber, and one brother Rick (Jackie) Williams.. In addition, she leaves behind 18 grandchildren and 16 great-grandchildren. She and Tom moved west in 1966 where they lived all over the Pacific Northwest, Alaska, and the Yukon before retiring in Idaho’s Treasure Valley to be near most of their family. During their travels, Ginny worked at various federal agencies before retiring from US Fish and Wildlife in Boise. Ginny and Tom chose their final home to be close to their church family at Grace Lutheran, Caldwell where Ginny was an active member of LWML, supporter of ministries, and creator of the Merry Widows group after Tom’s passing in 2011. Through her ending days physical trials, she insisted “Nobody is going to take my faith away.” She is preceded in death by her parents, her husband, her brother Louis Williams, and two sisters, Ramona (George) Culp, and Beatrice (George) Stevenson. Funeral arrangements are through Flahiff Funeral Chapel and Ginny’s funeral service will be held Friday July 26 at 12 noon at Grace Lutheran, Caldwell. Friends may share a memory of Ginny at www.flahifffuneralchapel.com. Ginny requests that memorials be given to Lutheran Hour Ministries 640 Mason Ridge Center. St. Louis, MO 63141.

To send flowers to the family or plant a tree in memory of Virginia Neunaber, please visit Tribute Store
Friday
26
July

Share Your Memory of
Virginia
Upload Your Memory View All Memories
Be the first to upload a memory!
Share A Memory
Send Flowers