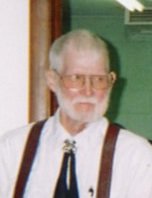 Eugene “Gene” Velmer McAbee of Homedale, age 84 passed away the early evening of August 23, 2019.  He achieved a goal of passing away at his home in Homedale. Gene was born on October 5, 1934 in Alicia, Arkansas to parents Velmer Eugene and Ella Odessa East McAbee.

The family moved to Homedale, ID when Gene was around 6 years old.  Gene attended school in Homedale.  Gene was previously married.  To this marriage three children were born, Butch, Debbie and Betty.

Gene donated time driving vets to many appointments.  Gene also spent a lot of time at the Homedale Senior Citizen Center, he was president more than once.