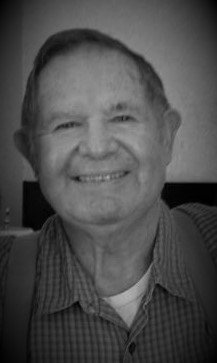 Theodore William Chadez, born March 11, 1942, passed away peacefully in his sleep on the morning of September 25, 2019. Theodore, known as Ted or Teddy by all who knew him, exited this world from the comforts of his own home--the same home his parents built on the land they homesteaded and farmed back in 1918 as Austrian migrants.

Ted lived on that modest plot of land for all seventy-seven years God granted him. It is there that he made his home with his beloved wife of fifty-two years who survives him, Lesta Chadez. It was a home where they raised their six surviving children: Deborah Lowman, Nicole Swindell, Valerie Kimbro, Timothy Chadez, Connie Garrett, and Benjamin Chadez. Ted is also survived by his sons-in-laws Larry Swindell, Joe Kimbro and Jeremy Garrett, and nine grandchildren.  Before he raised his own family, Ted was raised on the same land alongside his surviving siblings, Edward Chadez and Florence Paxton, and his predeceased siblings John Chadez, Dorthy Mansisidor, and Mary Cegnar.

Ted farmed his parents’ land through 1982, where after he served as a handyman and mechanic in his community.  In person, Ted was a kind and gentle man. He was resourceful and scrappy in the way that only those old-time farmers can be. He was blessed to know joy throughout all the challenges that come with a farming lifestyle. He considered his six children to be his greatest accomplishment, whom he and his wife raised to be independent, hard-working individuals.

Service will be held at 10:00 AM on Friday, October 4, 2019 at Flahiff Funeral Chapel in Homedale, Idaho. Interment to follow immediately after at Marsing Cemetery. In lieu of flowers, the Chadez family recommends donations to Oasis Food Center at www.oasiswc.org. Condolences can be left at www.flahifffuneralchapel.com. Contact his son Benjamin at 208-880-8908 for details.

To send flowers to the family or plant a tree in memory of Ted Chadez, please visit Tribute Store
Friday
4
October

Share Your Memory of
Ted
Upload Your Memory View All Memories
Be the first to upload a memory!
Share A Memory
Send Flowers