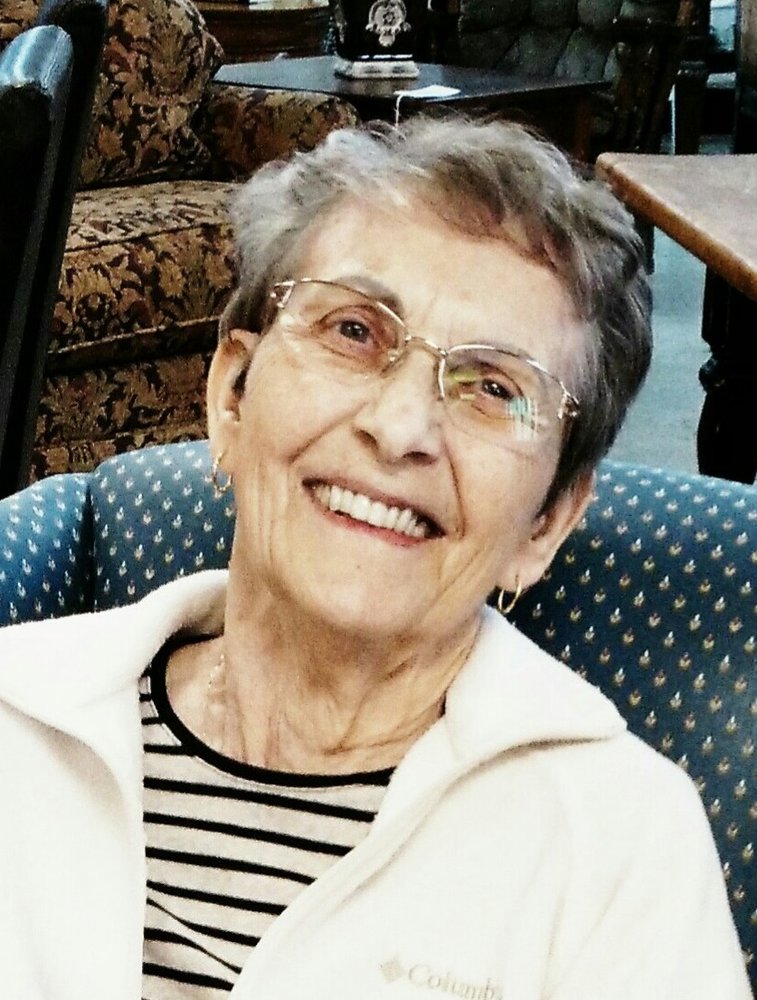 Marilyn Kay Romjue was born the youngest of seven children on August 26th, 1942 to Thomas and Eva Dobyns in Drury, Missouri.  As a baby, she moved with her family to Yerington, Nevada. Eventually, the family settled in Wilder, Idaho where Marilyn completed her school years graduating as valedictorian in 1960.  During high school, she proudly represented the Wilder Wildcats as a majorette and cheerleader.  Marilyn's most lasting achievement in high school was meeting the love of her life, Stephen Walter Romjue, at the tender age of fourteen.

Shortly after graduation, on June 5, 1960,  Marilyn and Stephen were married and began a loving commitment that would last the rest of their years.  In 1961 they welcomed their first daughter Diane quickly followed in 1962 by second daughter Lisa.  The family became complete in 1968 with the birth of their youngest daughter Laura.

Future goals firmly in mind, they set off to Pullman, Washington in 1963 where Stephen attended Washington State University.  Marilyn babysat children during the day and worked at the college library at night where she picked up librarian skills that she would use throughout her life. After college, the young family moved to Spokane, Washington where Stephen pursued his career and Marilyn focused on her home and family, always highly involved in her children's lives and her church.

Despite her Multiple Sclerosis diagnosis in 1975 Marilyn didn't slow down.  She continued to take great pride in her home keeping a spotless house while creating delicious dinners and amazing baked goods.  Many holidays and family gatherings were celebrated with everyone's favorites filling her table and delicious aromas filling the air.  She was a wonderful seamstress and loved to make clothes for her girls, including her nieces, and many items for the home.  In later years she took great delight in making original costumes for her grandchildren so that every Halloween, dance recital or special event was extra special.  Being the creative sort, Marilyn loved to learn new skills and dabbled in painting, cake decorating, flower arranging, and gardening.  While her vegetable garden and canning were a priority, growing beautiful roses and dahlias were her favorite.

Marilyn's support of her family extended outside the home as the room mother with the best goodies and the Campfire leader with the most interesting and fun activities.  She also participated in the Altar and Guild Societies at her church and volunteered her time visiting homebound senior citizens and supporting such programs as Feed the Hungry. Later, after she and Stephen relocated to Aberdeen, Washington, Marilyn tutored adults with learning disabilities and continued to be very active in her church.

Following retirement in 2002, Stephen and Marilyn relocated to Jordan Valley, Oregon where they provided support to their extended family, continuing involvement with their local church and sharing adventures while traveling.  It was during this time that Stephen's cancer resurfaced and they built their final home in Nampa, Idaho where Marilyn continued to provide loving care and support through his final days. Stephen's passing in 2005 left a hole in her heart but she continued to carry on and faced many physical challenges of her own with her characteristic determination and grace.  After living with her youngest daughter and family for a few years, Marilyn moved to an apartment in Karcher Estates where she enjoyed good times with friends and many a good book.  When additional care was needed she moved to Meyer Manor where her final years were spent in a comfortable caring home setting.

Despite her struggles, Mom lived for gatherings with family and friends and the many sporting events, dance recitals and activities of her grandchildren.  Her final words to her daughters were, "Love each other, be happy and never forget me."  These words are imprinted on our hearts, Mom; we will always love each other, be filled with happy memories, and we will never ever forget you.

Marilyn spent her final days in the hospital surrounded by many loving family members and friends. On November 24, 2019, she peacefully passed. In death she joined her husband, parents, siblings, and many other loved ones. Marilyn is survived by her three daughters, their spouses, eleven grandchildren, three great-grandchildren, two siblings, as well as numerous nieces and nephews.

A viewing and visitation will be held from 6:00 to 8:00 pm Friday November 29, 2019 at Summers Funeral Home in Meridian, ID with a Recitation of the Rosary to begin at 7:00 pm. Mass of Christian burial will be celebrated at 10:00 am Saturday November 30, 2019 at Holy Apostles Catholic Church in Meridian, ID with burial to follow at 2:00 pm at the Jordan Valley Cemetery in Jordan Valley, OR. Donations may be made in Marilyn’s name to the National Multiple Sclerosis Society or charity of your choice. Condolences to the family may be left at www.flahifffuneralchapel.com

To send flowers to the family or plant a tree in memory of Marilyn Romjue, please visit Tribute Store
Friday
29
November