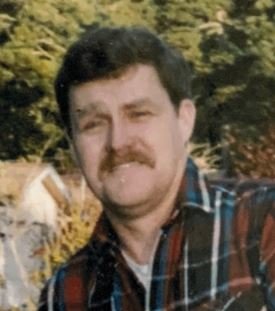 Chuck was born on November 11, 1944 in Evansville, IN, to Shelby & Artie Williams. When Chuck was 8 years old the family moved to Springfield, OR. When Chuck was in high school, he worked at Herb Howards Bicycle & Repair shop as well as working on motorcycles. After high school, he joined the Air Force and served as an airplane mechanic.

During his time in the Air Force he was stationed many places including Guam, Texas, Hawaii, and Montana. While stationed at Malmstrom AFB in Great Falls, MT, he met and married Linda Vice. They had two daughters and later divorced. Chuck then moved back to Oregon and operated his own mechanic/body shops, beginning his career as a Service Manager for Harley Berg Chevrolet in Florence, OR. There, he met the love of his life, Cheryl (Tippy) Williams in 1993 who he then married in 1997. They later moved to Great Falls, MT, and then to Caldwell, ID. Chuck worked at Lanny Berg Chevrolet until he retired in 2003.

As an avid lover of motorcycles, Chuck bought his first as a teenager and was proud of the 42’ Indian he owned by the age of 16. He rode motorcycles until 1998 when a decline in his vision prevented it.

Chuck had a gift for auto body work and completed restorations on many vintage vehicles. He did the mechanic work as well as the body and paint work himself. His last restoration was a 1950 Oldsmobile 98 Fast Back. Also, Chuck knew something about everything. In addition to vehicle restorations he completed many home remodels and building projects. Chuck loved his family more than anything. His marriage to Tippy gifted him 4 additional children. His wife, 6 children, 12 grandchildren, 6 great-grandchildren, and 1 great-great-grandchild were the most important people in the world to him.

While it’s hard to summarize 75 years of awesomeness, Chuck was a man of strong conviction and was a defender of the defenseless. This was well complimented by his quick wit and great sense of humor. After all, he was lovely to look at and delightful to know and laughs were sure to be heard wherever Chuck was. Most of Chuck’s commentary was delivered with a “hint” of sarcasm.

The family would like to extend a special thank you to Chuck’s entire care team, the Cancer Care Center of Caldwell and Hospice. Due to the Coronavirus, the services for Chuck were postponed. A Celebration of Life for Chuck will be held on Saturday, July 18, 2020 from 2pm to 5pm in the Caldwell Veterans Memorial Hall, 1101 Cleveland Blvd, Caldwell, ID 83605. Friends may share a memory of Chuck at www.flahifffuneralchapel.com.

In lieu of flowers please donate to your favorite charity in Chuck’s name.

To send flowers to the family or plant a tree in memory of Charles Williams, please visit Tribute Store
Saturday
18
July