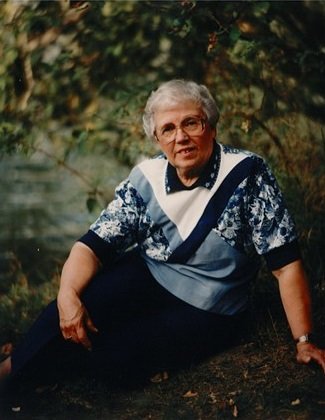 Betty Jane Wright Cottier, age 95, of Caldwell, Idaho, passed away on December 19, 2019 after a fall in early November at her place of residence.

Betty was born to her late parents, Chester Allen Arther and Ida Mae Bessire, on August 8, 1924 in Egeland, North Dakota.  She was one of 4 children.  As a child Betty lived on her parents’ farm until 1926 when they moved to Murtaugh, Idaho, where they loved in an old rail car on her aunt and uncle’s place until her parents were able to acquire property and build a house. She attended grade school at a little one room school in Artesia, an old stage stop converted to a school, and later attended and graduated from Murtaugh High School with honors in 1942.

After graduation Betty traveled to Bremerton, Washington with some cousins and lived with her brother and his wife and worked for the telephone company as a switch board operator. WWII was going on at the time and Betty had been corresponding with a young man from Murtaugh, Ralph Joseph Wright (Pete), that she was quite smitten with. Knowing he would be drafted they decided to marry on October 1, 1942 and Ralph left for basic training shortly after. When the war ended, they moved back to Murtaugh, where Ralph and his brother, Martin, owned and operated a trucking company and a gas station.

In 1950, Ralph and Betty homesteaded 160 acres north of Caldwell, Idaho where they built a home, farmed and raised their 3 children, Phyllis Ilene, John Allen, and Anita Jane. Over the years Betty worked for Caxton Printing, Canyon County Assessors Office, and J.R. Simplot Co. until her retirement. They sold the farm in 1970 and built a home on Wrightway Lane north of Caldwell.

Ralph passed away in 2005, and in 2005 Betty moved to Port Stewart Independent Living and resided there until she married Gene Cottier in 2006.  They resided at his home on Canyon Hill until his death in 2015. After Gene’s passing, she resided at Alexander Place Assisted Living until they closed and then moved to Lenity Assisted Living and resided there until her passing.

Betty was an accomplished pianist and played the piano for her high school dances when she was young and was a pianist and organist for First Christian Church for 35 years. Even at the age of 95 she would occasionally play piano from memory for the residents at Lenity.

She also loved to garden every summer and canned much of what she grew. She was an accomplished seamstress and over the years she made most of her children’s clothes and later made many, many quilts and passed them on to family and friends.

Betty was preceded in death by her parents and siblings, her first husband Ralph, and son John, and her second husband Gene. She is survived by her daughter Phyllis, her daughter Anita Brown and son-in-law (Monty), daughter-in-law Marsha Lynn Wright. She is also survived by her 10 grandchildren and their spouses, Chuck & Tonia Kingston of Nampa; Von & Danielle Kingston of Nampa; Bryan Kingston of Spokane, WA; Kristina & Dave Pero of Caldwell; Kimberly & Kevin Erskine of Middleton; Kassandra & Sean Hardy of Marsing; Ryan & Rebecca Brown of Homedale; Jarrod Brown (Caldwell); Lindsey Brown (Boise);  and Austin Brown (Meridian); 23 great-grandchildren and 11 great-great-grandchildren. Special recognition to the family of Gene Cottier.

A special thank you to the staff of Lenity Assisted Living and the nurses at Signature Hospice for their loving care of Betty in her last months.

A memorial service will be held on February 1, 2020 at 1:00 pm at Flahiff Funeral Chapel in Caldwell with a social hour to immediately follow for friends and family.  Condolences can be given at www.flahifffuneralchapel.com.

To send flowers to the family or plant a tree in memory of Betty Wright Cottier, please visit Tribute Store
Print
Share A Memory
Send Flowers