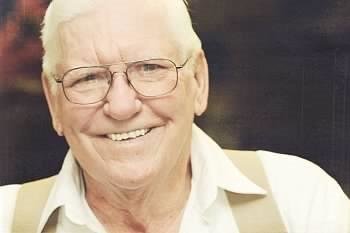 Harry Eugene Youren, “Gene” September 6, 1930 – January 15, 2020. Gene Youren, 89 of Caldwell Idaho left us on December 15th, 2020. He passed peacefully in his home with his loving wife Joyce by his side. Gene was born in Boise Idaho September 6th, 1930 and was raised on his family’s ranch in Crouch Idaho. He graduated from Payette High School in 1948 and joined the Army in 1950 serving in the Korean war until 1953. He returned to Idaho and worked for J.I. Morgan driving a dozer building logging roads and airports throughout central Idaho. He married Agnes Mitchell and from that union he had five sons, Joseph, Jeffrey, Terry, Tim and Todd. They lived in Nampa Idaho while Gene worked with heavy equipment and driving truck for several companies such as the Feller Trucking, Bureau of Land Management, and Campbell Transportation, before becoming the owner of Chertudi Trucking (a cattle transport company) based out of Caldwell Idaho in the early 1970’s.
Gene divorced Agnes in 1987 and later married Joyce Riley on June 9th, 2001. He continued to work well after retirement and took honor in achieving the goal of drawing a paycheck at the age of 80 from Sale Trucking. Throughout his later years Gene & Joyce enjoyed cruises to Hawaii, Alaska, and a special trip through the Panama Canal. He enjoyed dancing his entire life and was honored to get to hold his great grandson before moving on. He was preceded in death by his folks, Harry T. Youren and Mary Youren as well as his younger brother Jim Youren. He is survived by his wife, five sons, eight grandchildren and one great grandchild. A memorial service will be held at Flahiff Funeral Chapel, 624 Cleveland Blvd, Caldwell, Idaho at 10:00 am on Saturday, January 25, 2020. Following the service there will be a gathering at the Chapel hosted by Joyce and the family. A celebration of life will be held on July 25, 2020 with the location to be determined. A special thanks to All Care Health Care for their wonderful services. Rather than flowers for the service, Gene asked that a donation be made to the Caldwell Veterans of Foreign Wars Post, PO BOX 334, Caldwell, Idaho 83605