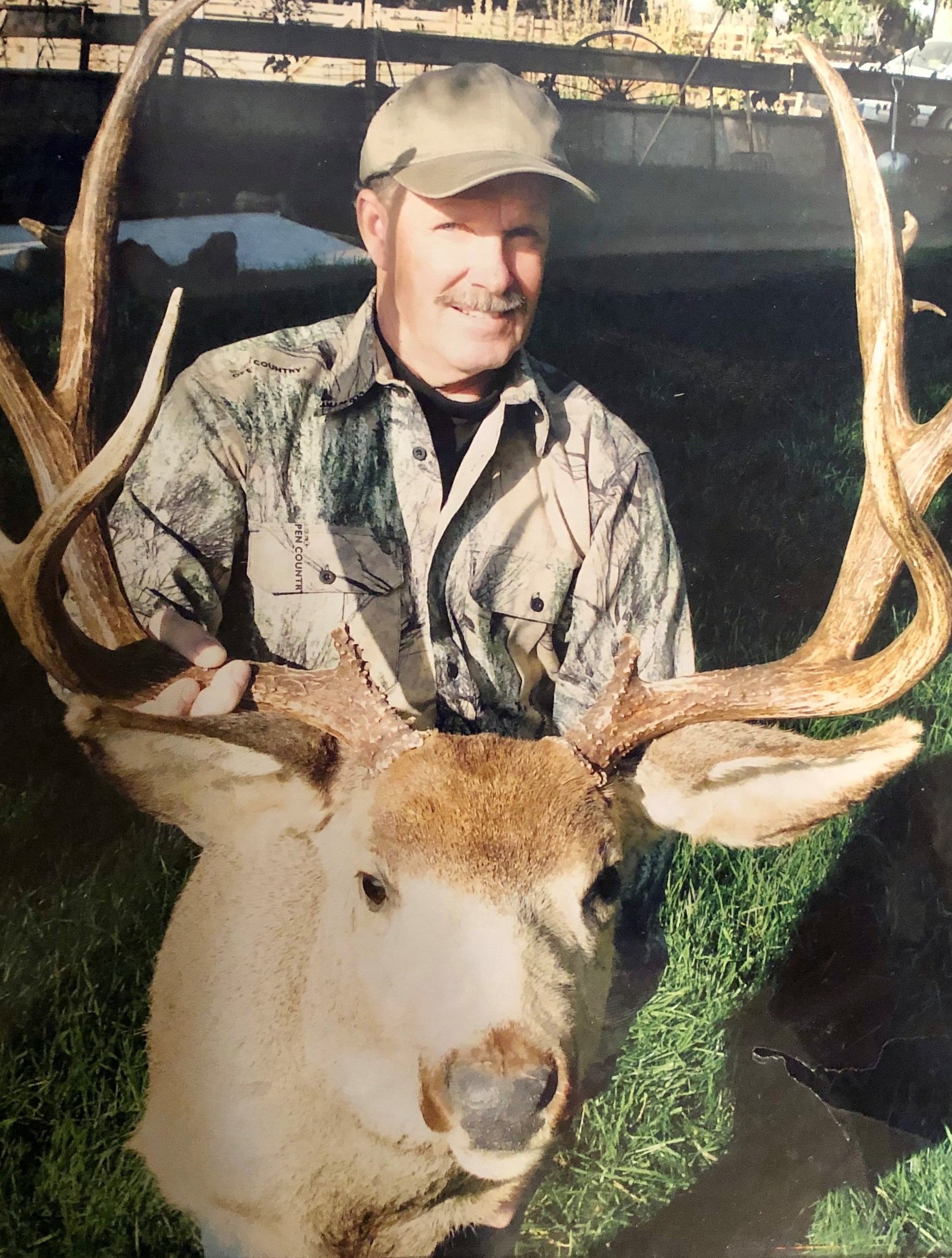 On January 23, 2020, a beautiful day for a late season elk hunt in Hammett, ID, Don Mavey passed away from an apparent heart attack; his long-range rifle on its bipods, binoculars beside him and a herd of elk nearby, he was prepared for a shot.

Don was the third of four children born to Oran and Lillian Mavey on 6/4/1949. He grew up in Eureka, CA where his love for hunting and fishing began at an early age on the banks of the Meyer’s Flat and the Mad River flowing through his grandmother’s dairy farm in Arcata, CA.

As a young man, he worked as a choker setter in the timber industry near home, then moved on to working in the sheet metal union. He relocated to Redding, CA where he started his own sheet metal business, American Seamless Gutters.

His passion for big game hunting brought him to Colorado and Idaho during fall hunting seasons. After a few years, he sold his business and bought “the gravel pit” in Middleton, ID.

Before starting work in Idaho, he decided to spend the summer fishing in Alaska. The fishing was so good, he spent the next several years guiding sport fisherman from a drift boat on the Kenai and Kasilof Rivers.

In 1990, through mutual friends, he met Cindy Aberasturi. They married in 1992 and shortly after, they bought a small farm in Ridgeview, OR. The following year they welcomed their daughter, Laurien, followed by their son Mike, in 1995. With two small children at home, he quit his summer job guiding in Alaska and took to farming their newly acquired farm and dug several ponds, stocking the main one with several kinds of fish.

He shared his love of hunting and fishing with his kids from the time they were born and strong enough to hold a gun on their own. He put on many miles with an ear-muffed little one buckled into a backpack. To this day, Laurien and Mike still share the same love of the outdoors. Growing up, they spent countless hours learning to hunt big game and birds, using dogs Don raised and trained. He had a way with dogs, and they fed off each other’s desire for hunting.

In later years, his interest was long-range shooting. Along with his good friend Norbert, he built a hunting rifle capable of accuracy at a mile. He loaded his own ammunition with skill and expertise to be envied, and was sought out by many to work out problems with their rifles. Throughout his life he was a phenomenal shot, and after building his long-range rifle, it was joked about how he could hunt without leaving home, but that would not be hunting to him. He enjoyed walking deep into the wilderness to get away from roads and other hunters, and knew this is where the old, smart trophy animals would be.

Our family finds comfort that he left this world doing what he loved—chasing and stalking big game. And as we say our goodbyes and deal with loss, we know the local varmint population is breathing a huge sigh of relief.

There will be a celebration of life and dinner at the Homedale Basque Center, February 8th from 1:00-4:00 pm.

Share Your Memory of
Don
Upload Your Memory View All Memories
Be the first to upload a memory!
Share A Memory
Send Flowers