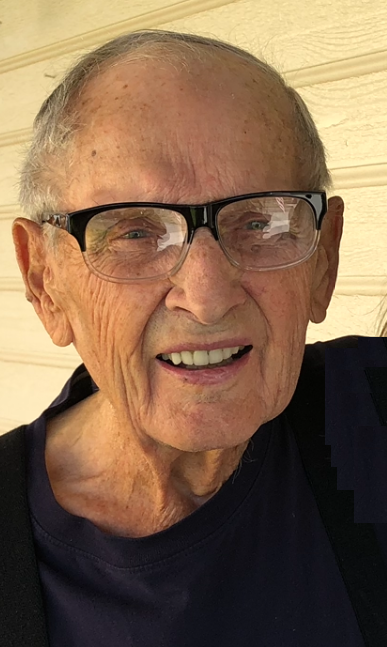 Charles Richard “Dick” Murphy was born to Charles and Opal Murphy on October 29, 1925 in Jordan Valley Oregon.  He was the youngest of three boys.

He grew up on the family ranch in Arock, Oregon and attended high school in Ontario, graduating in 1943.  He enlisted in the US Army in 1948 and served in Okinawa, Japan during the Korean War.   He continued his service to his country in the Idaho Army National Guard while furthering his education in telegraphy and began working for Western Union Telegraph.

He married Cleo Enterkine McLendon on June 6, 1954 in Winnemucca, Nevada, and gained a daughter Charolene “Chon”.  Three children followed, Collene, Clinton and Cori.  They lived in Caldwell, Middleton, Billings, MT and back to Caldwell, where he retired as Northwest District Manager for Western Union after 27 years.  In retirement he and Cleo enjoyed gardening, RVing and family.

His wife of 50 years preceded him in death in 2004.  He was also preceded in death by his parents and both brothers, William and Rae.

He is survived by his children Chon Cooper of Meridian, Collene Lahn (Fred) of Chandler, AZ, Clinton Murphy (Laura) of Wilder, ID and Cori Murphy (Eunice) of Soldotna, AK.  As well as 6 grandchildren and 6 great grandchildren.

Graveside services will be held on Tuesday, February 11, 2020 at 1:00 pm at the Canyon Hill Cemetery, 2024 North Illinois Ave, Caldwell, Idaho with Military Honors by the US Army Honor Guard

To send flowers to the family or plant a tree in memory of Charles Murphy, please visit Tribute Store
Tuesday
11
February