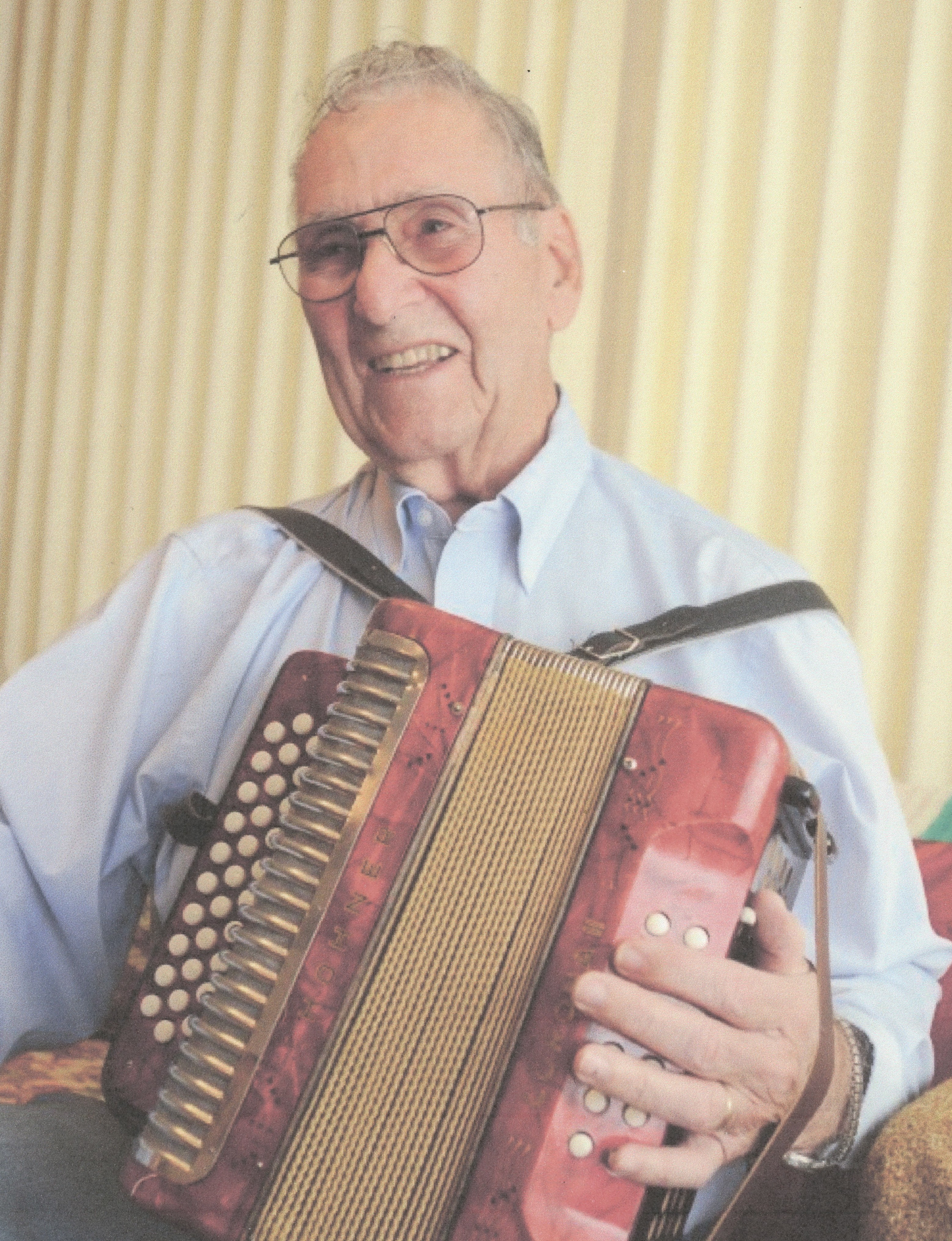 Ramon “Ray” Mansisidor passed away peacefully March 11, 2020, after more than 95 years of a wonderful life.

Ray was born in Boise, Idaho May 7, 1924 to Leon “Guiputxe” and Santa Gabica-gojeascoa Mansisidor.  He went to school in Boise until the 8th grade when his family moved to Homedale, Idaho.  Ray graduated from Homedale High School in 1942.

Ray helped his Dad in the Sheep Ranch Operation in the summer while going to High School.  He had many interesting tales to tell from this period of his life.

In 1944 he went into the US Army and was sent to Fort Douglas, Utah.  He took weapons training in Amarillo, TX.  He volunteered and qualified for the Army Air Corp in the Air Cadet program.  Ray was shipped to Cadet training at SW Missouri State Teachers College, Springfield, MO and then to William’s Field, Chandler, AZ where he was the first Cadet OLT (on line training) to qualify as a flight engineer on B-17s.  He would remain as a flight engineer to help train Pilots, Co-pilots and navigators on B-17, B-24 and B-25 bombers until he was honorably discharged at the end of World War II in 1945.

Ray went to Washington State University in Pullman, Washington for 2 semesters to study veterinary medicine, however, he was offered a job with Brown Tie and Lumber Company in McCall, Idaho, driving a logging truck.  He later joined the Forest Service Smoke Jumpers in 1946.  He trained in Missoula, MT and then returned to McCall to be part of the beginning of the McCall Smoke Jumper training school.

Ray became an accomplished bush pilot flying supplies in and out of Idaho Back Country airstrips. Ray also flew on skis into Patty Flat for the Forest Service taking snow depth measurements.

Ray was known to do exhibition parachute jumps and during the 1954 “Keep Idaho Green” celebrations in Caldwell, high winds carried him away from the airport and into the back yard of Mr. & Mrs. Hanna.  The Caldwell News Tribune dubbed the story “Wrong-Way Corrigon”.

In 1956, Ray came back to Homedale to help his Dad on the farm and has been farming since that time.

While farming, Ray joined the Idaho Army National Guard for 4 years and attained the rank of Sargent 1st Class.

Ray was also a Boise Oinkari Basque Dancer for four enjoyable years.  He traveled with the group to the 1962 World’s Fair in Seattle, the 1964 World’s Fair in New York and the Milwaukee Folk Festival in 1966.

In November 1967, Ray married Mary Louise Osa, his wife of 53 years, in Gooding, Idaho.  They planned the date so it was after sugar beet harvest!

For many years, Ray was a part of the Beti Gazteak (Always Young) playing his accordion every 1st Thursday of the month at the Basque Museum and Cultural Center in Boise.

Ray was always a natural storyteller.  He would usually engage his friends with stories of his past or their mutual shared experiences.

Ray was preceded in death by his parents, brother Al and his niece Terri.

Due to the health crisis our country is experiencing, there will be a Celebration of Life for Ray at a later date.  Probably after sugar beet harvest is over.

In lieu of flowers, donations may be made to your favorite charity or the Txoko Ona Basque Club in Homedale, the Basque Museum and Cultural Center in Boise, the Euzkaldunak Basque club in Boise or to Mansisidor Family Farms (for Save St. Huberts relocation fund).

To plant a tree in memory of Ramon Mansisidor, please visit Tribute Store

Share Your Memory of
Ramon
Upload Your Memory View All Memories
Be the first to upload a memory!
Share A Memory
Plant a Tree