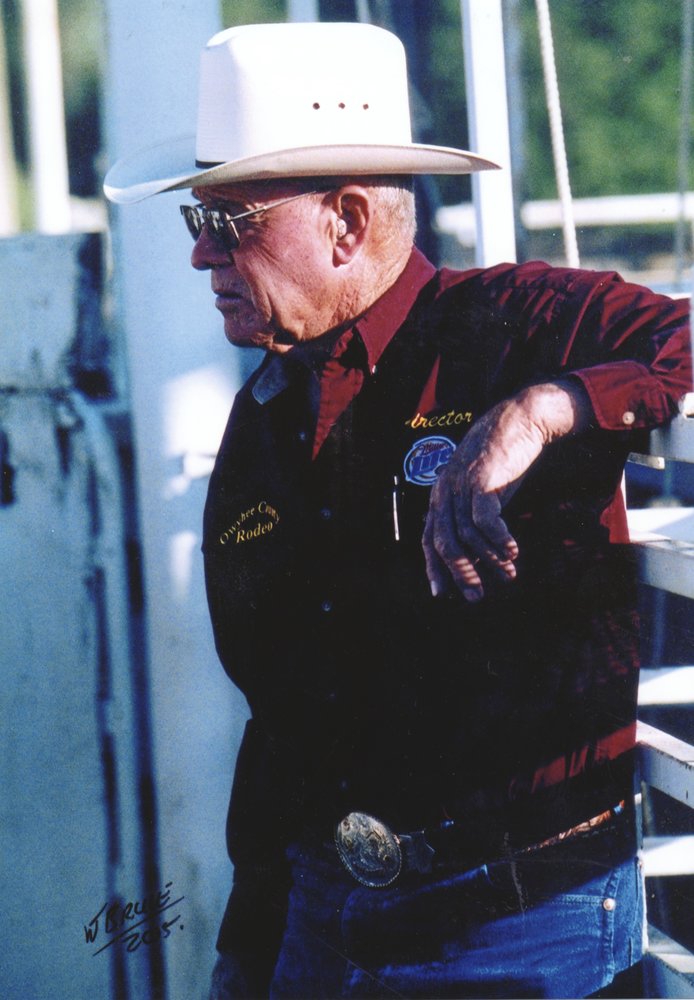 TO ANYONE THAT WAS PLANNING ON ATTENDING POP’S SERVICE:  after speaking to the funeral home and medical personnel, we were asked to limit the number of people at the cemetery on Saturday.  Our family is asking that only immediate family members attend the graveside service.  We would love to celebrate with other family members and friends later this summer at his Celebration of Life. We appreciate your understanding.

Don “Pops” Basey, 88, of Caldwell, passed away at his home surrounded by family on March 15, 2020.  Don was born on October 28, 1931 near Lake Lowell. He was the youngest of seven kids, born to Clayton and Clara Basey. He attended Knowelton Heights and Riverside. Don also attended Marsing High School for three years before moving to the Sunnyslope area to farm.

In 1953 at a dance in Homedale, he met a nurse from Wilder, Idaho. On April 18, 1955, he married that nurse and love of his life, Dorothy Brown. They were married for 65 wonderful years. While working on the family farm, they welcomed their son Dave and daughter Debbie.  Don’s family continued to grow welcoming a daughter and son-in-law, grandchildren, and great-grandchildren.

Pops enjoyed many years of hunting, fishing, being a 4H leader, team roping, and family camping trips. He was one of the founding fathers of the Homedale Rodeo Board, where he proudly served for more than 60 years.

Don was the last surviving child of Clayton and Clara Basey. He is survived by his wife Dorothy, children Dave (Patty) of Caldwell, Debbie (Jeff) of Caldwell, and grandchildren Dave Charters, Bret Hall, Jennifer Hall, and Brandon Stover and their families.

Don’s family would like to give special thanks to Heart and Home Hospice Care, care givers, and friends and family that helped him through his final journey. A graveside service will be held on Saturday, March 21, 2020 at 1:00 PM at Hillcrest Memorial Gardens in Caldwell.  A celebration of life will be announced at a later date.  Condolences can be given at www.flahifffuneralchapel.com

To plant a tree in memory of Donald Basey, please visit Tribute Store

Share Your Memory of
Donald
Upload Your Memory View All Memories
Be the first to upload a memory!
Share A Memory
Plant a Tree