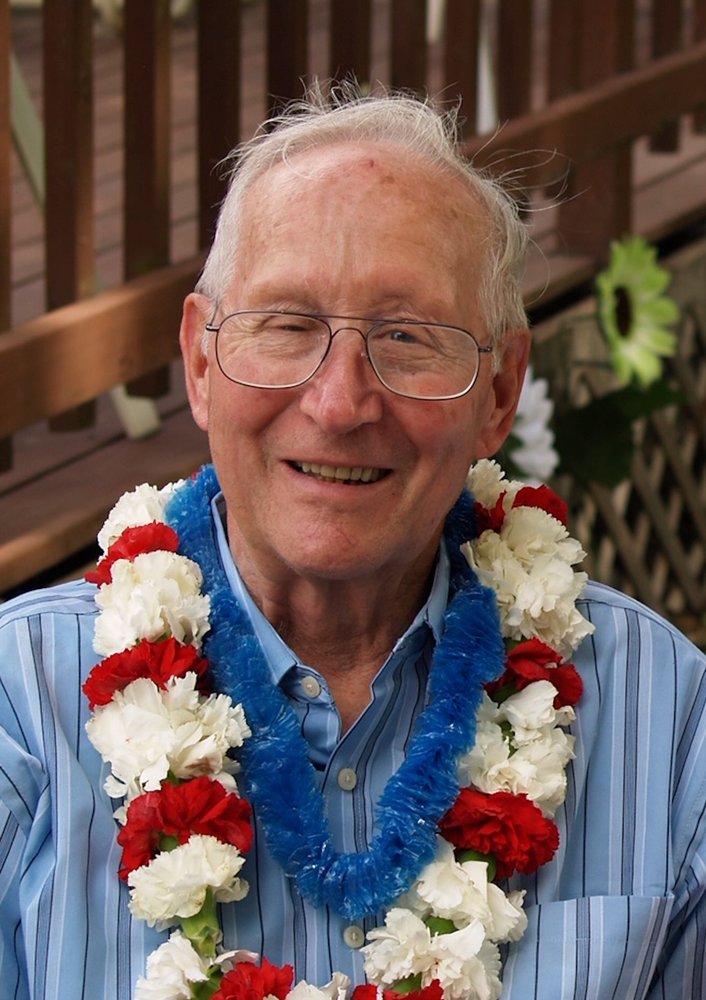 He was born on October 29, 1930 in Cedar City, Utah to Osmon Patten and Mildred Shurtz Williams, and was the oldest of three children.

Jerry lived in Cedar City until his family moved to Nyssa, Oregon while he was still in his youth. He graduated from Nyssa High School in 1948.

He served his country faithfully during the Korean War, from 1951 until his honorable discharge in 1954. As a communications engineer in Korea, he was responsible for setting up various forms of communication facilities.

On July 26, 1957 he married Cleo Esplin in the Idaho Falls temple of The Church of Jesus Christ of Latter-day Saints. They made their home in Nyssa and had four children over the years: Kelley, Mike, Don and KC.

Jerry spent the early part of his career running a Grade A dairy farm. Eventually he decided a different course would be better for his family. So, in 1974 he sold the cows and went back to school, obtaining an electrician’s license.

He then worked at the Amalgamated Sugar Company in Nyssa as an electrician for about 17 years.

Jerry loved music and played the saxophone in a band during his younger years. He was all about family and loved family gatherings, whether that meant camping, deep sea fishing, or playing games around the table at home. His rendition of “the bear song” brought a lot of smiles.

He was a life-long member of The Church of Jesus Christ of Latter-day Saints and served diligently wherever he was called.

He is survived by his children: Kelley Jean Williams of Orem, Utah; Michael Jerry (Linda) Williams of Meridian, Idaho; Don Carlos (Angie) Williams of Nyssa; Kyle Carter (Megan) Williams of Pasco, Washington; 12 grandchildren and one great-grandchild. He was preceded in death by his wife Cleo, his parents and both of his brothers, Ray and Daryl.

A private burial will take place Friday, March 27 at Hilltop Memorial Cemetery in Nyssa. Understanding there are many that may want to attend but cannot due to COVID-19 restrictions, the family plans to hold a celebration of life in Nyssa at a future date.

The funeral home is limiting guest to 25 persons in a group into the funeral home. This is subject to change without notice. Please look back for updates and more information.

To plant a tree in memory of Jerry Williams, please visit Tribute Store
Plant a Tree
Print
Share A Memory
Plant a Tree