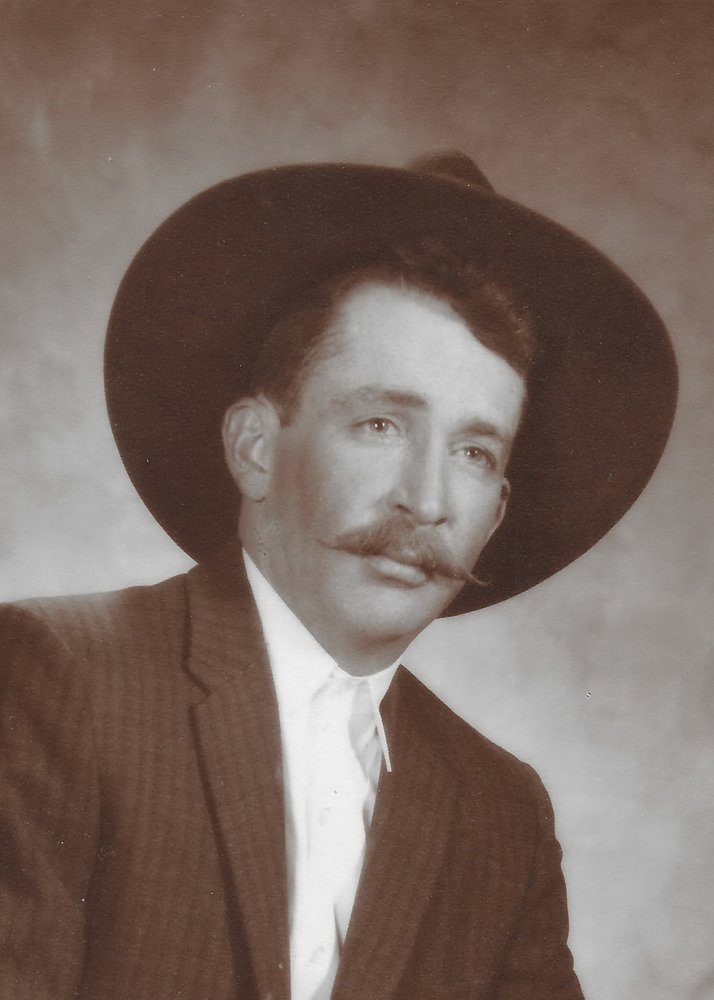 The celebration of Ted’s life will include a small viewing and service, with consideration of social distancing guidelines, on Friday, May 1st.  A dinner will follow at 4176 Sage Rd. Homedale, ID.  Please feel free to call the family with questions at 208-880-9962 or 208-805-7488.  If you are unable to attend, due to distance or this challenging season that we are experiencing, we are happy to send you a service leaflet by mail.  Please let us know by phone or text.  Ted will have a private burial on Saturday, May 2nd at Jordan Valley Cemetery.

George Theodore Payne was born at the Maher Ranch near Cliffs, ID on July 15, 1944, to Elbert Dallas “Tex” and Agnes Amy Maher Payne. Agnes rode horseback the approximate 10 miles to her parent’s home, with son Pat on behind, to have this baby. Ted’s arrival was quite an ordeal and Agnes said she would never put her parents through another home birth. Doctor Jones had been called and he arrived in time to say that Ted was healthy and weighed 10 lbs. As the little family prepared to return home, Agnes and baby Ted rode together and Tex planned to carry three year old Pat on his horse. However, Tex’s horse started to buck with the threat of an additional rider and Tex leaned out to safely deposit Pat onto a sagebrush which ended up causing him to get bucked off.

Ted had many adventures as a child on the mountain and growing up at the Lowry. He had an old bicycle that he rode off the North Fork (on the old road) with no brakes. Ted started his first colt, Sun Down, at the age of eleven. He and Pat attended a one room grade school at Cliffs, ID. It was a long ride each day throughout the summer and fall. They kept their horses in a wire lot down by the creek while they did their studies. Challenges included the hunters taking the five gallon buckets that they used to get on with, at each gate. Also, they could trot to school, but they had to ride home carefully and not let their horses get too warm or they would have to answer to their dad. Ted graduated from high school in Jordan Valley, then later went to work for Bill and Nita Lowry, when they were still over in Prineville, OR. He had a lot of respect for them both and often recounted pleasant memories of that time.

Ted would go home and help his parents on the Lowry Ranch when he could, and it was during this time that Ted had the good fortune of meeting Dorothy Pauline McKay. Dot was from Harper, OR, but she and her sisters and cousins were there gathering cattle off the White Horse allotment for her uncle, Don McKay. In those days, everyone camped at the Maher Ranch where Ted was born and rode out to gather each day.

The couple was married on June 12, 1970 in Vale, OR at St. Patrick’s Catholic Church. Ted and Dot loved each other dearly, and shared lots of laughter, and some tears in their nearly 55 years of marriage. They bought the Lowry Ranch on Juniper Mountain from Ted's parents. The Lowry was their home, and where they raised their family. The modern road that exists today was built in 1970, the same year they were married. Ted and Dot always celebrated their wedding anniversary the day before riding started on White Horse, which was always June 13th. Dot would wrangle the horses early that morning and Ted would spend all day shoeing enough horses for the entire family to have two head a piece for the days ahead.

One time, early in Ted and Dot’s marriage, he was riding Cherokee and as they were going through a huge pile of rocks, Dot thought it would be funny to pull Cherokee’s tail and watch Ted put on a good bronc ride. Only problem is, Ted got bucked off and then Dot felt so bad, she told him how sorry she was for pulling his horse’s tail.  It was a story that was retold and laughed about for years, and Ted always said he still hadn’t gotten even with her for that, although he halfheartedly tried.

Ted always rode tough horses and made them into very good horses. No fancy training, he just rode them. When he started a colt, he put the saddle on and a blindfold if necessary, and got on. A few times around the corral and he was out the gate. Ted had the natural ability to ride a bucking horse and very seldom was he ever thrown. His children remember unloading on the top of the North Fork, before daybreak when it was cold and dark. Everyone was quick about getting on and being ready to go because Ted would lead his horse out into a huge pile of rocks, use the blind to get on, and they were off, headed to Three Forks or somewhere in between, in a hurry.

Another story, that Ted told often, was about Dot and a bay mare, named Nutmeg. Ted was in the shop and he saw her get on carelessly. The mare bucked her off and she hit her head on the side of the chicken house.  Ted pretended he didn’t see what happened and pretty soon, Dot brought the horse over and said “Will you get on her?” He protested, but put on his spurs and got on Nutmeg. He said she blew up again, bucked all the way up the hill, around the house and back down off the steep yard hill and through the big ditch. Ted was committed to the ride but he was afraid Nutmeg would lose her footing bucking down that hill. She did not. Nutmeg finally quit bucking. Dot said “thank you,” got her hobbles down and then got on Nutmeg carefully, the correct way and away they went at a gallop. Those who knew Ted had a lot of respect for his straight up way of doing business, his integrity and his willingness to help people in need. He would give the shirt off of his back to anyone who asked for it. He never seemed to look down on anybody. Ted was a good neighbor and a good friend to all who knew him. He had a great sense of humor and loved to laugh with a twinkle in his eye. It wasn’t always fun to be the subject of his mischievousness but, he always made people laugh.

Ted was a brilliant writer. He kept a daily diary, as his grandfather Ambrose Maher did. Ted was quick to think, slow to speak. He had so much wisdom and would share that wisdom with you, if you asked. Ted could solve a problem that no one else could, by circling around it and approaching it from another angle. He always came up with a solution.

Among his many talents, he was a fine truck driver, and taught his children how to drive and shift by listening to the engine, and never touching the clutch. Ted was an amazing mechanic, by necessity. As his children got older and began driving and tearing up vehicles and equipment, he would make them repair what they broke, in hopes that it would teach them to be more careful. He loved old tractors and old trucks. In his high school years, he took an abandoned chassis off the flat near Cliffs, and a transmission and engine from other places, and put his 1921 Model A Ford together so he could have his own wheels. It is the beautiful green car that he recently had restored.

Ted had a passion for improving the range. He and his brother, Pat, made beautiful pastures of native species where no grass had existed before. Together, they developed springs, built miles of fence and worked hard to remove Juniper trees. Just last September of 2019, Ted was able to see his lifelong dream come true as the BLM did a huge prescribed burn on Juniper Mountain.

Ted and Dot began to retire about 2012, and to hand the reins of the ranch and the cattle operations over to their children. They leased some of their cattle out, sold some, and were enjoying a little less work on the ranch. Ted spent more time in the shop, mechanicing and Dot could still be seen saddled up, somewhere on the mountain. Ted and Dot enjoyed passing their knowledge on to their children and grandchildren. Their grandchildren were a real joy to them both. Changes came in the spring of 2014 when Dot was diagnosed with cancer. As always, Ted was by her side daily for the next year, as she fought her battle away from home. On May 2, 2015, Ted lost the love of his life. Those who knew them can take great comfort in knowing that Ted and Dot are together again in heaven with our Lord and Saviour.

Last but not least, Ted is survived by many wonderful friends and neighbors.

Ted’s family would like to express their deepest appreciation to the ladies who helped him out at home in the last year: Joni Williams, Rena Uhalde, and Nancy Grubaugh. The family would also like to offer a special thanks to Dr. Jocele Skinner. Ted was very appreciative of the kindness shown to him, by each of you.

Memorials may be made to the JV Lions Den, PO Box 344, Jordan Valley, OR 97910, for the new Community Event Center Fund, or to a favorite charity.

To send flowers to the family or plant a tree in memory of George Payne, please visit Tribute Store

Share Your Memory of
George
Upload Your Memory View All Memories
Be the first to upload a memory!
Share A Memory
Send Flowers