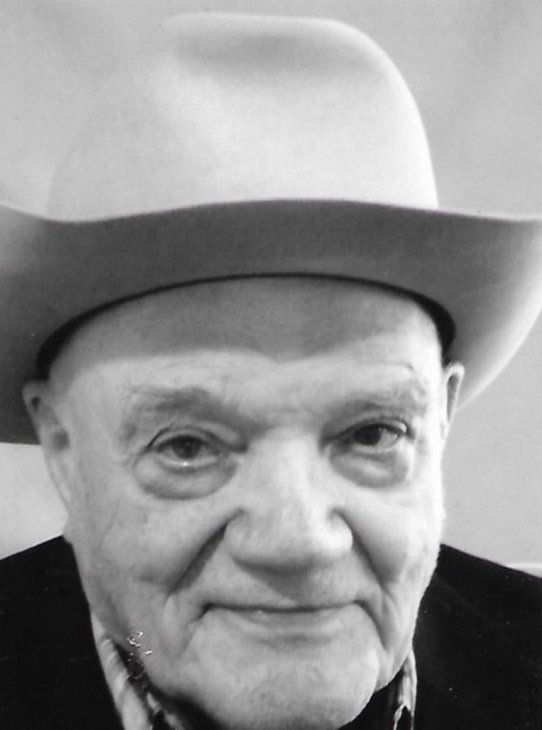 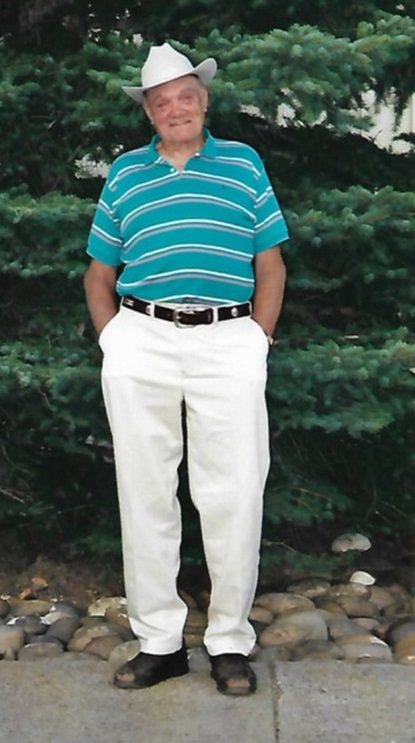 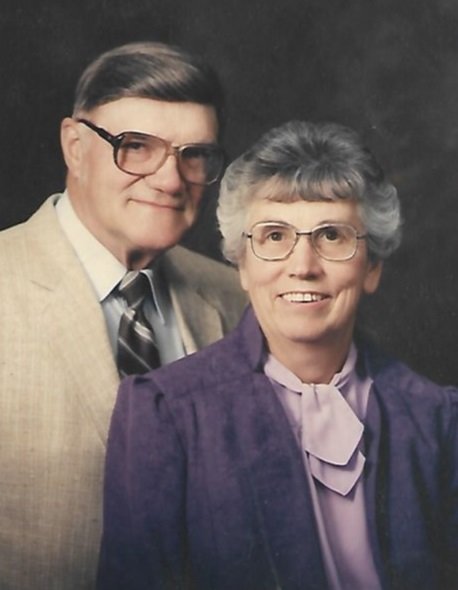 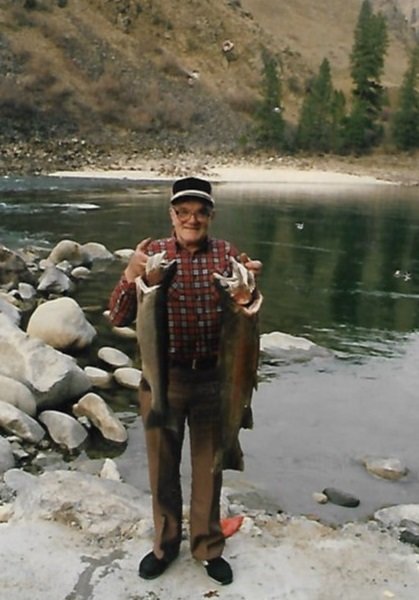 Vern Tieszen of Caldwell, Idaho, and formerly from Aberdeen, died of natural causes at Autumn Winds Assisted Living Center on May 6, 2020, at the age of 95. Vern was born on August 27, 1924, in Lustre, Montana, to Jacob P. and Marie (Janzen) Tieszen.  He grew up in Lustre on the family homestead in rural northeastern Montana. The third of six children, Vern attended the local South Fork school and Lustre Christian Academy, and after marriage attended Idaho State University and received certification in auto mechanics.

Vern was preceded in death by Margaret, his wife of 67 years, his parents Jacob P. and Marie (Janzen) Tieszen, two brothers Clarence Tieszen and Willard Tieszen, one sister Clara Toews, and one grandchild, Cameron Tieszen.

Growing up on the family farm in Lustre required hard and long hours of work, but as a child one favorite pastime was trapping gophers. He also enjoyed riding horses when farming became more mechanized and the horses were no longer required for work.

World War II took Vern to Downey, Idaho, where he served in a Civilian Public Service Camp. It is here that he met his future wife Margaret Friesen from American Falls. After marriage in 1947, they moved to Aberdeen where Vern worked mostly as a mechanic for a variety of businesses and farmers. Soon afterward, Vern purchased a gasoline station in 1957 that later expanded to include selling auto parts. The success of the parts business meant that the gas station could subsequently be sold. Then years later after Vern’s Auto Parts was also sold, he worked for the Aberdeen School District as a bus driver and mechanic and later became the Transportation Director. On retiring in 1987, Vern and Margaret stayed very active and purchased and ran the local bowling alley and café.

Travel was always a major part of Vern’s life as he took his family throughout the western states and Canadian provinces. All of his children remember these travels with fond memories, sometimes camping in gravel pits or state parks, or wherever it was convenient to park the camper. He and Margaret always attended his children's and grandchildren’s school sporting and musical activities. Vern loved to travel around with the family to various events and stop at different “cafes” (restaurants). At the end of the meal the question was, “What kind of pie do you have?” His favorite was chocolate cream, but he never had a pie he didn’t like.

He and Margaret also traveled to Hawaii, Alaska, Mexico, several Caribbean islands and Europe to see his children living abroad or just to relax and experience the country. When not traveling with his family or working long hours, Vern spent his time playing indoor and outdoor games with his children. He was never too tired to be with them, whether playing card games or the latest board game, or taking them boating, hunting, fishing, snowmobiling, skiing, bowling, hitting baseballs, playing basketball, or other types of outdoor activities.  His claim to fame came when he bowled a perfect game of 300 at the Aberdeen bowling alley. Horseshoe pitching was also a favorite activity particularly when he and his brother participated in state or regional tournaments. Vern also sponsored and helped build a stock car that he and sometimes his children raced at the Pocatello Raceway.

His most memorable hunting trip was hunting grizzly bear with his brother Clarence in Alaska. He did get his bear, but spent a sleepless night guarding it from a pack of wolves by keeping a very large fire going all night long. His son-in-law Chris has fond memories of going hunting with him for antelope each fall. Active throughout his life, he could rarely refuse an offer to participate in some activity and continued to golf into his 90s.

Vern strongly believed that it was his civic duty to give back to his community and church. Many hours were spent being involved as a volunteer fireman, serving on the city council, being an active member of Rotary and the Chamber of Commerce, working for Mennonite Disaster Service, and helping in the development and upkeep of the Palisades church camp and Aberdeen Sportsman's Park. He was an outstanding role model for his children by teaching good values, honesty, integrity, and kindness to others. He will be remembered as a very kind, patient, and easy going, loving, and appreciative man. His family regarded him as the man who could fix anything.

Vern set a good example in the way he operated his businesses. He was respected and regarded as being fair and not taking advantage of anyone. In fact with expensive items, he often charged less that the suggested amount, saying that it was enough just to make a minimal profit.

His family knew him as a great conversationalist and a good entertainer for guests in the home. Every year he enjoyed taking off for a weekend with his buddies to go fishing or hunting and when he returned, we all listened intently to the stories. He had a beautiful tenor voice and was a member of the men’s church octet and traveled around the state singing in different congregations.

The Palisades area was always a favorite place for Vern and Margaret. In 1977, they were able to purchase a cabin on the Palisades Reservoir and enjoyed many years of entertaining family with hiking, horseback riding, fishing or in winter with skiing and snowmobiling. As a skilled hands-on person, a favorite hobby for Vern was carpentry. He built may beautiful wooden items, including rocking chairs, a toy traditional red barn, and children’s toy table and chairs, some of which were sold at the MCC sale.

After living over sixty years in Aberdeen, Vern and Margaret moved to Caldwell in 2004 to be closer to their two daughters. Later, Margaret started having health problems and eventually they both moved to assisted living at Autumn Wind. Margaret died December 15, 2014 and Vern continued to live at Autumn Wind until his death. He enjoyed many activities at Autumn Wind with the other residents including poker, pinochle, bingo, Mexican Train dominoes, jigsaw puzzles, musical entertainment and outings for lunch or to the rodeo when in town. Vern also spent many long hours writing his life memoirs using his old manual typewriter.

The family would like to thank the staff at Autumn Wind for the good care given to Vern, especially the last three weeks of his life and during the Covid-19 pandemic. A special thank you is also expressed to Sojourn Home Health for your loving care.

A memorial service will be held at 4 p.m. on Wednesday, September 23, 2020 at Evergreen Heights Mennonite Church in Caldwell, ID. In lieu of flowers, donations can be made to Palisades Mennonite Church Camp, Mennonite Disaster Service or Mennonite Central Committee relief organization.

To send flowers to the family or plant a tree in memory of Vern Tieszen, please visit Tribute Store
Wednesday
23
September

Share Your Memory of
Vern
Upload Your Memory View All Memories
Be the first to upload a memory!
Share A Memory
Send Flowers