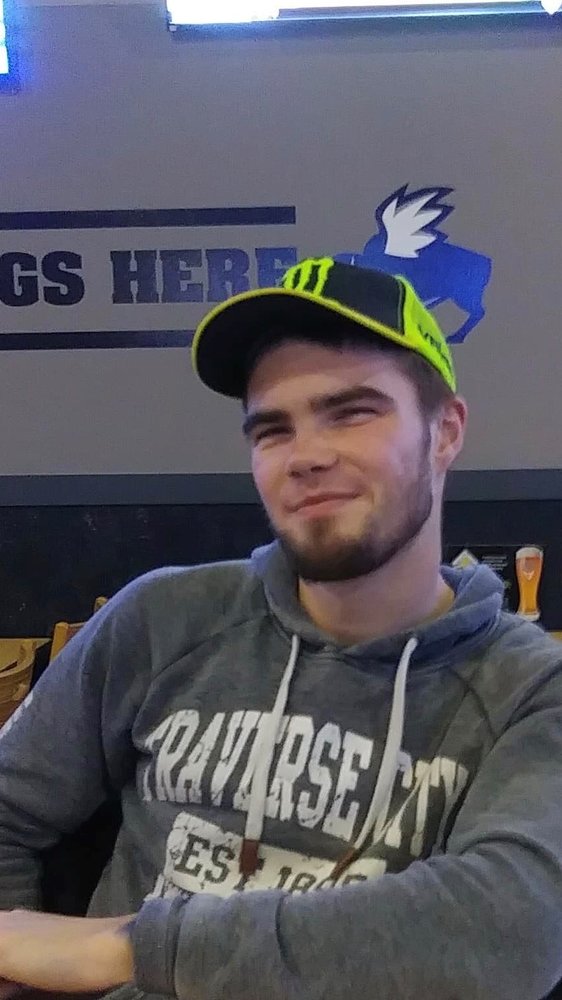 Josh Lee Gamble was tragically taken from this world on May 19, 2020 in a vehicle accident. Although his time here was short, his impact was monumental to many. He was born in Nampa, Idaho on March 10, 1997.  The first born to Shawna Simpson and John Gamble.

In his early years, he was a rambunctious little boy, climbing everything and never showing an ounce of fear.  Which makes sense as to why he enjoyed being a roofer in his later years.  His smile was infectious from the time he was born until his time here was over.

Just shy of turning 4 years old, his role in life was upgraded to big brother status, as Shawna and John welcomed baby Ryan.  The two boys were a handful.  Now there were two boys who were fearless to climb walls and wrestle.  Josh enjoyed spending time with his brother, but was beyond excited of the arrival of his baby sister in 2004!  He was the biggest helper and constantly loved and snuggled on Megan.  Honestly, that never changed throughout his whole life. He would always hug and try to be as close to her as possible.  Whether it was a tactic to annoy her, or if it was genuine, he was always in her space!

The kids loved to be outdoors and the two boys didn’t treat Megan as a little sister, she was forced to be “one of the boys” if she wanted to be included.  They all rode dirt bikes, ate dirt, caught frogs, fished, and never cared about a little mud.  The family spent almost every weekend camping, so much so, that Megan thought she lived in Idaho City for the longest time.

He struggled with school because it didn’t fit into his way of life.  He was always looking for an adventure, and sitting in a classroom never really cut it for him.  But, as with many things in his life, he pushed through and did what he knew he had to do and received his high school diploma.

After graduating, he dove directly into work.  He worked various jobs, but always found his way back to JB’s Roofing.  He loved the people he worked with and the physical demand of standing on a roof in the summer heat ripping off shingles.

One of Josh’s greatest, yet incomplete, accomplishments of his life was becoming a father.  The obstacles that surrounded the situation never slowed him down from wanting to be more involved as a daddy.

In 2018, he gained another sibling when his half brother, Bowen, was born.  They were buddies and played with each other all the time. He was always trying to teach Bowen to stick his tongue out, and they too, loved to snuggle each other.   The love he held in his heart for his friends and family was immense.

He is survived by his Mother, Shawna (Luke) Foley; Father, John (Ali) Gamble; his daughter Anavee; his siblings Ryan, Megan, and Bowen; as well as numerous Aunts, Uncles, Cousins, and Friends.  I think we will all agree that he was probably the most kind, forgiving, gentle soul that ever touched our lives.

A celebration of life will be held at a later date when the restrictions of the virus don’t inhibit us from gathering and celebrating the way Josh would’ve wanted.

To send flowers to the family or plant a tree in memory of Josh Gamble, please visit Tribute Store