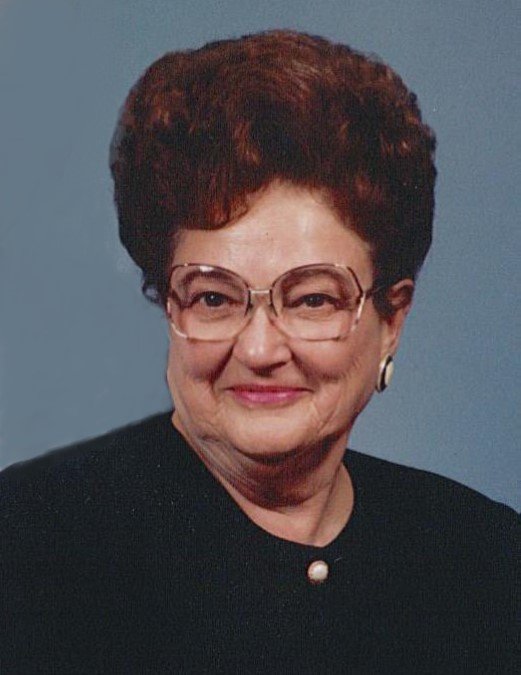 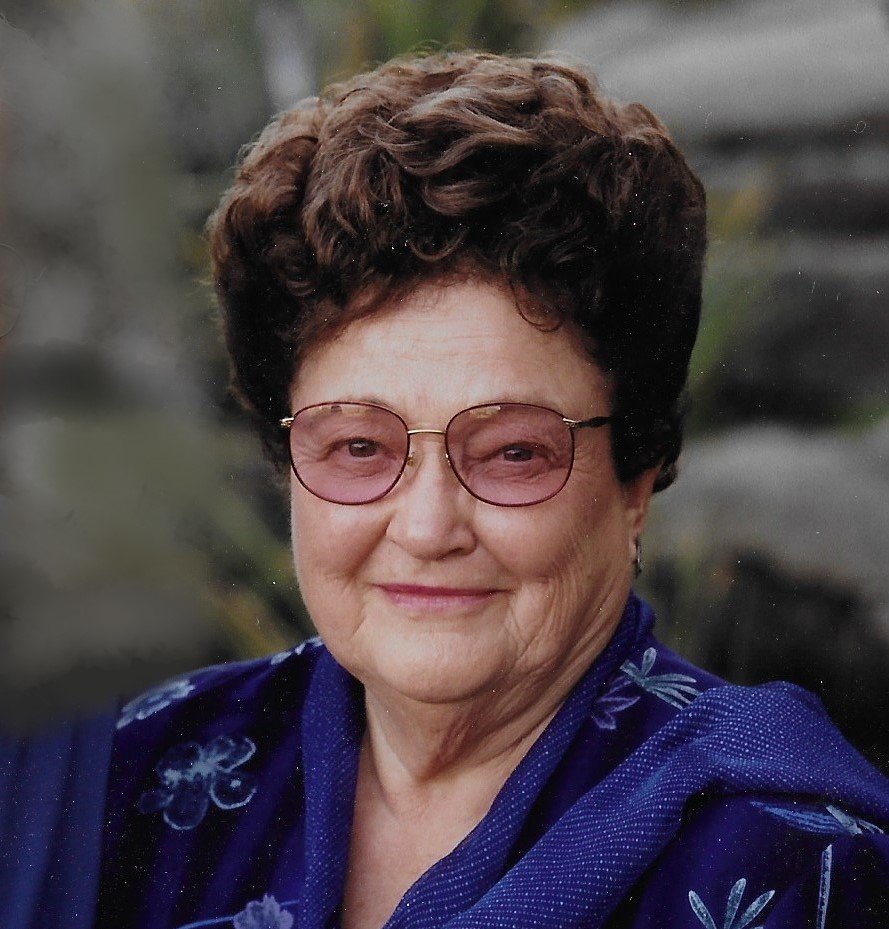 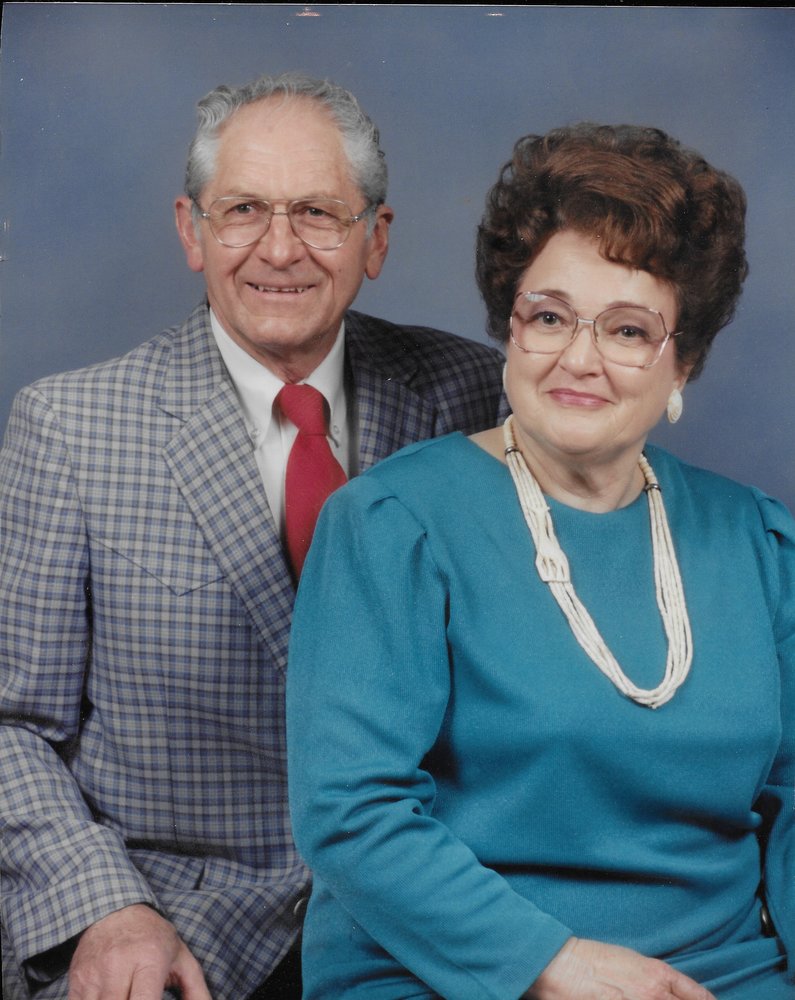 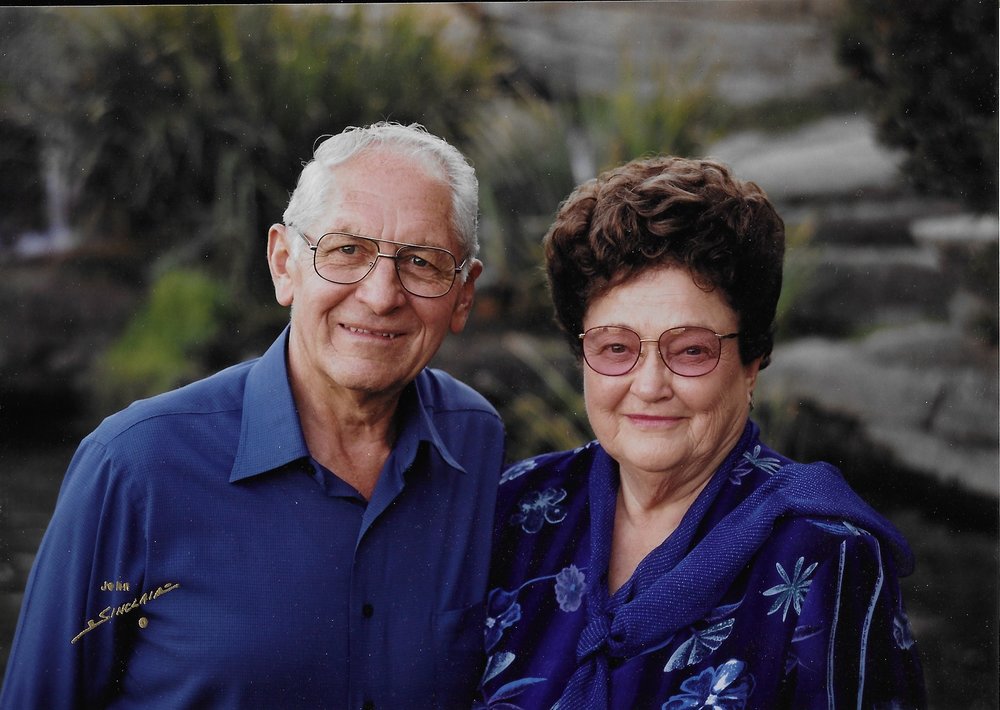 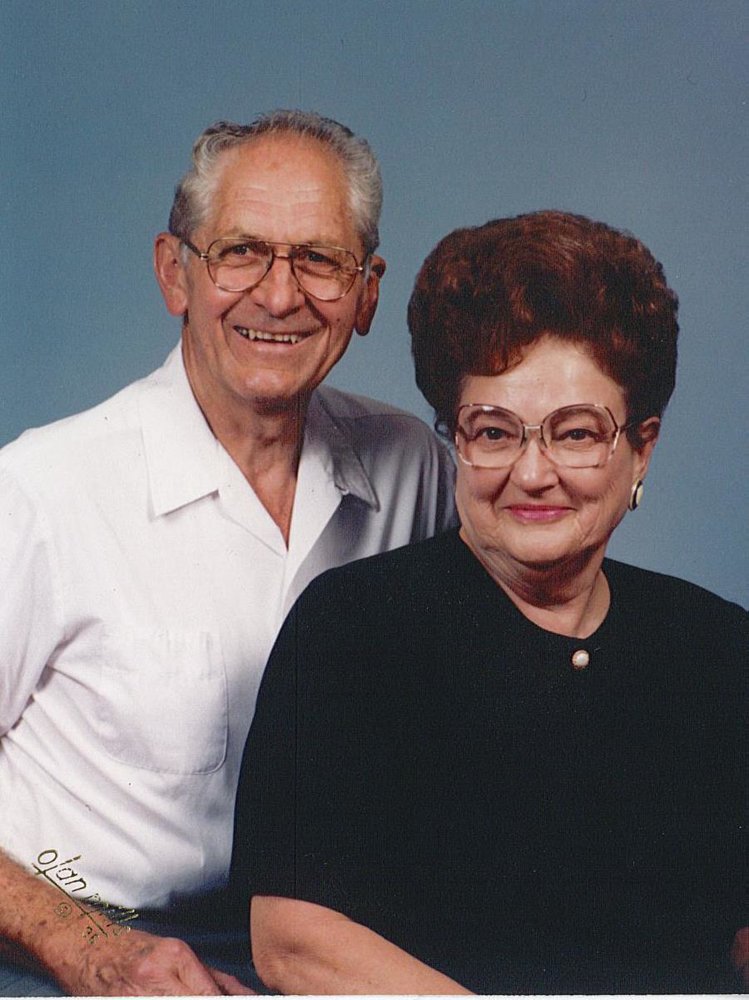 Henrietta Rose Leusman Frerichs passed away Thursday, June 18, 2020, at the age of 90.  Services will be held on Thursday, July 2nd at 10:30 A.M. at Grace Lutheran Church in Caldwell.

Henrietta was born March 18, 1930, to Henry and Clara Wolfe Leusman in Rapid City, South Dakota.  She was an only child and always reminisced that her lambs and other farm animals were her childhood friends. At the age of three, due to the drought, her family moved to Nampa, Idaho, where her parents farmed. Henrietta graduated from Nampa High School in 1948.  She had many stories about her years growing up on the farm, where her family raised pigs and chickens and milked cows, and especially about her dog, Keeper.  She attended Zion Lutheran Church in Nampa until her parents sold the farm and moved to Caldwell, where her parents built and owned College Heights Grocery for many years.

Henrietta met Clarence Frerichs at the Grace Lutheran Walter League youth group in Caldwell when they were 17 and 18.  They dated for four years before being married on October 28, 1951, and she talked many times about the great sit-down turkey dinner feast they held at the church for over 300 guests.  She also talked about her matron of honor fainting dead away at the altar during her wedding due to the heat, because unbeknownst to Henrietta she was expecting.

Shortly after they were married, Clarence joined the Navy during the Korean War conflict.  Henrietta traveled to San Diego, California, where she lived and worked as a secretary to be near him when he was in port and they made several lifetime friends through their Navy years.  Mom related the story of how happy Dad was to return to Idaho after four years in the Navy, that he threw his Navy cap completely over the house.

Clarence and his partner, Harry Andrae, purchased Caldwell Electric and built the new shop in Caldwell, complete with the city’s first water fountain. Henrietta was instrumental in the beautiful seasonal decorations that always adorned the shop with the motto: “Lighting the Way to Better Living”.  Her beautiful, creative Christmas trees, Easter displays and spring décor were always a highlight in the city of Caldwell.

In 1961, Henrietta and Clarence built their life-long home in Caldwell, just down from the College of Idaho, when the city limits stopped at Linden Street.  On the morning of May 20th, Dad told Mom he had concrete coming to pour the front sidewalk, so she didn’t need to have their 2nd child that day. Sure enough, Mom walked out in the middle of the concrete and told Clarence she needed to go to the hospital.  It was one of her many favorite stories of pulling one over on Dad.  Their home was the site of many wonderful family get-togethers, down through the years of holidays - especially their annual 4th of July BBQ where any and all were invited for hamburgers and homemade ice cream and to sit in the backyard to watch while the Caldwell city fireworks were fired off from the stadium.

Down through the years, Henrietta believed in and was very involved in parochial schools, beginning with Grace Lutheran Church’s grade school and assisting at Nampa Christian and Greenleaf Academy fundraisers.  She and Clarence were the co-chairmen of the large annual fundraising auction, along with the Neeley’s, for many years at Nampa Christian Schools.  Their pit BBQ dinner and solicitations for auction items from local businesses were long remembered in the community.  Henrietta also sold Best-Line cleaning products at many state and county fairs as a fundraising enterprise for Nampa Christian down through the years.

Always involved in their home church Grace Lutheran, she was instrumental in assisting Clarence when they traveled out of state to pick out the stain glass window designs that adorned the new sanctuary.  She also taught the boys’ Sunday school classes for many years and so appreciated the ones that would still stop by occasionally to visit her many years later.  She was an accomplished piano player, but could barely read a note; however, she could sit down and play beautifully by ear.

The family cabin in Idaho City was her special place and occupied much of her time.  Upon Clarence’s retirement from the electrical trade, they undertook the remodeling of the cabin in 1995 and spent a good portion of their summers there.  Many happy times and wonderful memories were had down through the years.  She and Clarence also took care of her mother, Clara Leusman for the last three years of her life, following a stroke.  In their “retirement” years, Henrietta and Clarence took over rental units where they met and helped many people.

Strong in her beliefs and opinions, Henrietta always had a helping hand for whoever needed a hand up. She modeled an unparalleled work ethic and encouraged her children in each of their life’s vocations. She loved her flowers and many bird species that adorned her life.  Married 67 years, Henrietta is survived by her three children and their spouses: Kimberly (Dirk) Johnson of Caldwell, Scott (Patricia) Frerichs of Ontario, Oregon, and Christine (Ron) Tomlinson of Boise; and eight grandchildren: Leroy, Kristina, Trentan, Jenna, Brianna, Jacob, Dain, and Drue. She was preceded in death by her parents and husband, Clarence.

In lieu of flowers, memorials may be made to the Ugandan African Children’s Choir in care of Grace Lutheran Church.

To send flowers to the family or plant a tree in memory of Henrietta Frerichs, please visit Tribute Store