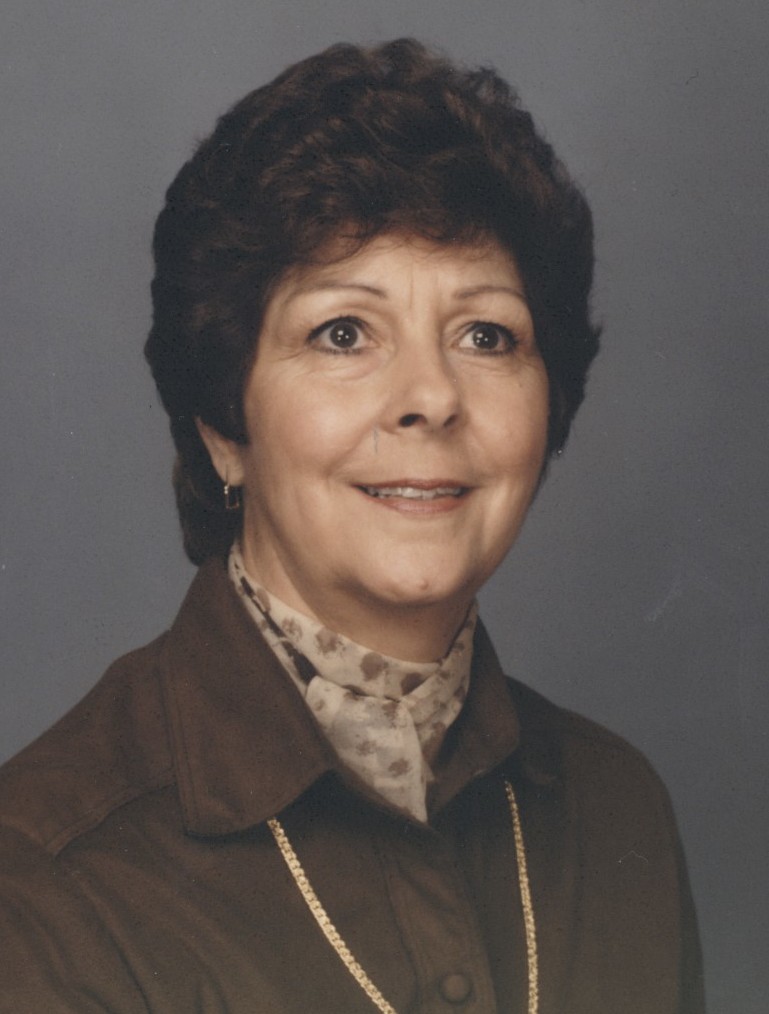 On July 27, 2020, Gloria C. (Fogliatti) Bennett went to heaven shouting praise for the Father and the Son! Gloria was born January 29'\ 1931 to John and Mary (Francone) Fogliatti. She was the baby sister to Barbara and her brothers Harry & Ernie. When Mom was a year old, her Mother died of breast cancer.

Her father was unable to care for a baby so she went to live with Relatives. Her Dad eventually remarried, and Gloria moved back home.

Gloria married William H. Bennett on July 22"\ 1947 in Sterling CO. Their oldest son, John was born in Ovid, CO.  Bill and Gloria decided to follow Gloria's brother Harry (Ruby) to Idaho. Harry told Bill that anyone could farm here in Idaho. So, they packed up and moved. First to the Homedale area and then to Middleton where they built their farm out of nothing but acres of sagebrush. Their daughter, Barbara, was born in Nyssa and youngest son, Lynn, in Caldwell. Besides farming, they had a milk route, combined grain, leveled land and poured cement ditches.

On October 30, 1969, Bill was killed in an accident. This led Gloria to work outside the home.  She worked at Idaho Concrete, a dental office, and eventually in Boise at the Capital.

She worked in the legislative mailroom and actively campaigned for her party until retiring. Every place she worked, she made lifelong friends.

With a strong Catholic faith, Mom spent many hours at the Nazareth in Boise working and planting beautiful gardens with the Nuns. She traveled to Ireland and Vatican City with a group of friends and Priests. She was especially close to Father Quinn. She loved gardening and working in her yard and  her Kid's  yards as well. You might have plans one day and here Mom came with a load of trees or 100 tulip bulbs that needed to be planted. As we are sitting on our porch looking out at the yard and writing this, we are so thankful that she passed this love and beauty on.

There were many celebrations and parties when the family traveled often to Denver and California to visit the large Italian side of the family. Bona Couda parties were always a favorite which carried on to her children. She was very proud of her Italian heritage.

The Grandkids loved spending time with her going to Yard Sales for treasures, going to Wild Waters, collecting golf balls that were not exactly lost and especially, she loved taking them on tours of the Capital Building.

Encompass Health, Emily, Consuelo, Chaplain John & Aimee... Thank you for the dignity, compassion and respect given not only to Gloria, but her family.  We are very thankful to Edrie, for her dedication and companionship this last year. Graveside services will be held Monday, August 3 at Hillcrest Cemetery in Caldwell at 10:30 am. A gathering afterward for friends and family will be at the home of Lynn and Dianne Bennett.

To send flowers to the family or plant a tree in memory of Gloria Bennett, please visit Tribute Store
Monday
3
August

Share Your Memory of
Gloria
Upload Your Memory View All Memories
Be the first to upload a memory!
Share A Memory
Send Flowers