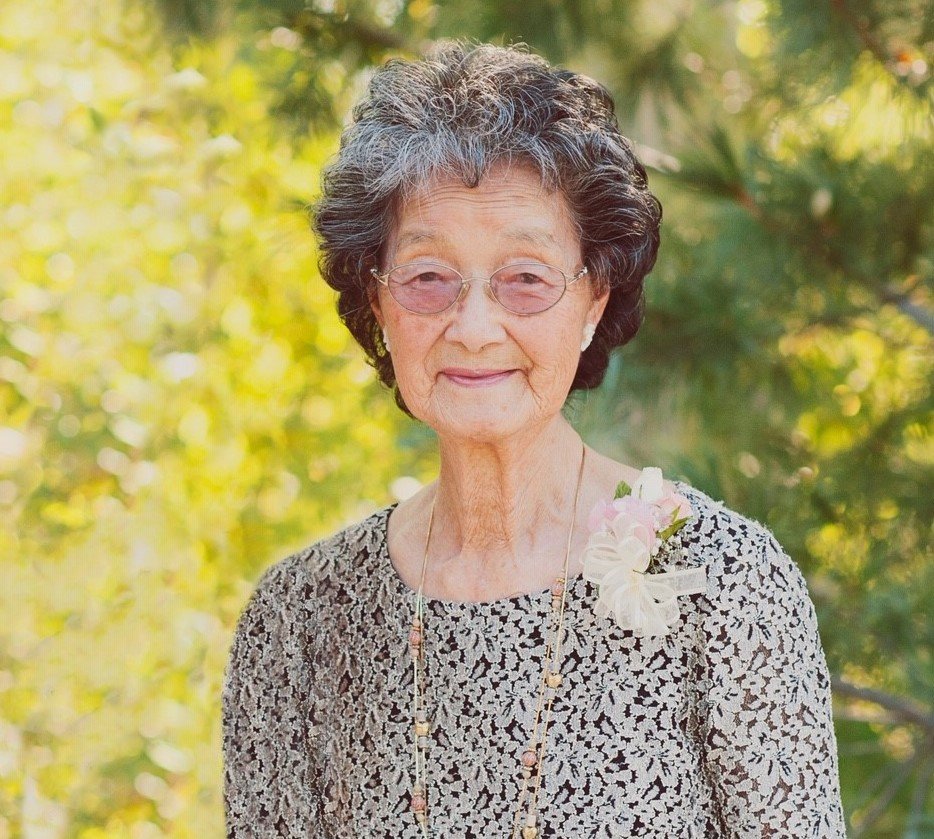 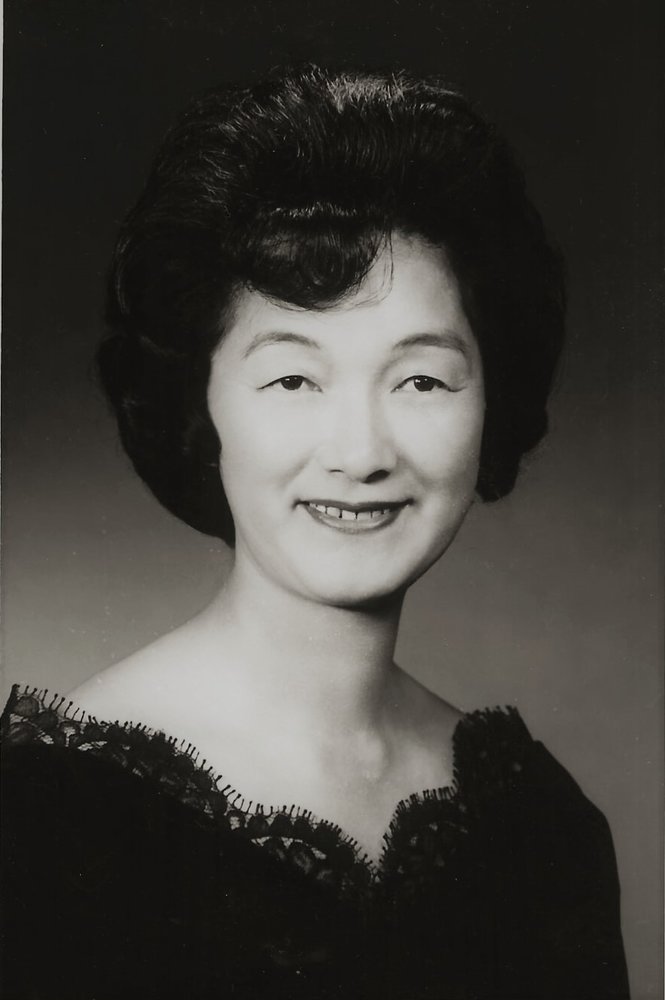 Bette (Shigeko) Uda passed away peacefully on August 22, 2020 in Eagle, Idaho at the age of 95.   Bette was born on December 6, 1924 to Chiyono Shimizu Arima and Niroku Arima at their Boise family home. She was the youngest of 3 children, with sister Mary Chiyoko and brother Tom Shizuo.  When Bette was 2 years old, her family moved to Cascade to operate the only restaurant in town, called the Boston Café. When old enough, all 3 siblings worked at the café, and later, worked on their stepfather’s (Sam Akichika) farm on West Mountain road. In Cascade, one of the activities Bette enjoyed the most was picking huckleberries on West Mountain and this would later grow into a family tradition that continues to this day.

As a student, Bette loved to write fiction and poetry and was also a sportswriter for the Cascade High School newspaper.  Prior to her senior year, Bette’s family moved to Homedale, where she completed her high school education. At both schools, she was involved with several student clubs and activities including the yearbook staff, cheer, basketball, track, softball and tap dancing.

After high school, Bette worked as a housekeeper before working for Fox Photography Studio in Boise where she honed her skills in photography and film development. While in Boise, Bette became well known as a talented jitterbug dancer. Soon she met her future husband of 59 years, Ben, on a blind date to a Boise High School basketball game.

Ben and Bette eventually moved to Homedale to farm next to her brother Tom.  They raised three children who followed in their mother’s footsteps by participating in numerous sports, clubs, and activities at Homedale High School.

Bette joined the PTA in 1952 and she quickly started her long run as Room Mother for all 3 kids.  When the PTA found it necessary to raise funds, Bette was instrumental in starting the International Smorgasbord, which ran annually for 50 years as the PTA’s largest fundraising event, drawing thousands of people from across the Treasure Valley. Bette was an active PTA member for 17 straight years and only missed 6 meetings during that time.  She was awarded a Lifetime Membership to the PTA.

Bette volunteered as a den mother for her son, Joni’s Cub scout troop and began sending updates of scout activities to the local newspapers. Soon after, she received a call from the Idaho Press Tribune’s regional editor in Nampa, who offered her a correspondent job, covering Homedale and Owyhee county.  Bette loved being a newspaper reporter and strived to highlight the positive activities of the local youth. She took photographs, developed the film, and authored her articles for over 25 years.

Throughout her life, Bette always found ways to give back to her community.  She was the Secretary/Treasurer of Homedale’s Chamber of Commerce for many years and was an honorary life member.  Bette was also the first woman to serve on the Homedale City Council where she managed the city’s Parks & Recreations Department.  During her tenure on the council, Bette never used city funds to pay for Parks and Rec projects.  For almost 19 years, she raised funds by collecting and recycling aluminum and newspapers by the truckload, almost every weekend.  Her recycling efforts were used to finance the construction of the “Welcome to Homedale sign, benches, tables, awnings, landscaping for the parks and bleachers for the city pool.  She also organized and funded many community programs such as adult education classes, summer recreation leagues, and arts & craft classes, which were all well attended. She empowered local youth by giving them projects to clean, maintain and update parks and roadsides.  Bette was able to finance the construction of tennis courts and other park equipment by applying for grants with the help of friends such as Larry Goto and Marie Badiola.

In 1980, Bette’s 30+ years of public service were recognized by the Treasure Valley Chamber of Commerce, with the Outstanding Citizen Award. That same year, she also received the Thomas Jefferson Award for community service.   In 2011, the City of Homedale renamed the local park in honor of Bette’s lifetime of giving back to the community she loved.

Bette was a very accomplished cook and hostess. With sister Mary and sister-in-law Molly, in addition to hosting the family’s famous New Year’s Day feast every year, she was always ready with a delicious, 3 course meal for any visitor to her home.  She also worked for several decades as a school cook at both the elementary and middle schools of Homedale.

Bette’s family would like to extend a warm thank you to everyone who has supported us including Bette’s many friends, extended family, her caregivers, her St. Lukes Hospice care team, and her niece and nephew, Dorothy and Norio Kojima. We would also like to thank the citizens of Homedale who have lifted our spirits with their words of love and support.  Due to the pandemic, Bette’s family has chosen to hold private services but once the pandemic crisis has subsided, the family plans on holding a Celebration of Life in Bette’s park.  In lieu of flowers, donations may be sent to the Homedale City Hall, in Bette Uda’s name. The city has agreed to dedicate these donations to fund future updates to the city tennis courts and other park facilities.  Address: City of Homedale, P.O. Box 757, Homedale, ID 83628.

To send flowers to the family or plant a tree in memory of Bette Uda, please visit Tribute Store

Share Your Memory of
Bette
Upload Your Memory View All Memories
Be the first to upload a memory!
Share A Memory
Send Flowers