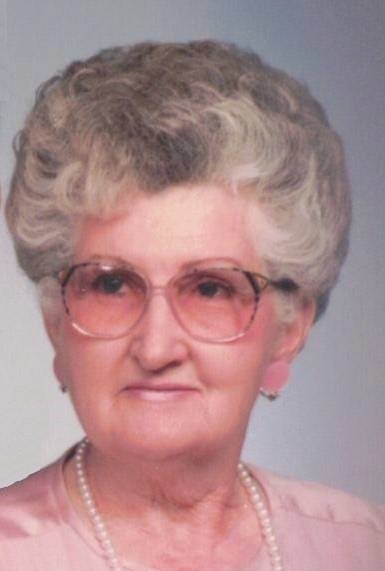 Waethena “Peggy” Eulene Parcel went to be with our Lord on August 21, 2020 at home with her son, Thad, and wife, Loretta.

During her marriage to Earl Sides, she lived in the Bell Gardens area of CA for a time.  They had 2 children, Larry and Cheryl.  In 1959 she remarried the widower Rev. Burl L. Wright who had 3 daughters of his own, Pat, Pam and Neva, the latter two were still at home.  In 1961, they added a son, Thad.

In 1975, Burl took the Senior Pastor position at the First Church of God in Nampa, ID.  They now only had one child remaining at home and she worked at the church’s daycare and at the P.N. Hirsch store in Nampa until its closing.

After her husband, Burl, passed away she married Earl M. Parcel of Kelso, WA, in 1988.  They later moved to Moses Lake, WA.  They enjoyed traveling, snow birding in Arizona, and visiting a large extended family as Earl added his own 5 children and grandchildren.  They also lived in Caldwell, ID; LaJunta, CO; Maple Valley, WA; and returned to Caldwell in 2010 where they remained.

Peggy loved the Lord.  Peggy served in the local church over the years as a Sunday School teacher and in various capacities as a Pastor’s wife.  She always had a heart for missions and supported many ministries over the years.  If Peggy loved you, you were going to hear about Jesus.

Peggy loved her family – those who were born into it, those who came through marriage, and those who were adopted into it.  Even in her last years she had the loving touch that could soothe a fussing baby and put them to sleep.

Peggy loved life.  Described by some as feisty and vivacious and others as stubborn and opinionated, she was always engaged in life.  Her absence will be felt by many.

She was preceded in death by her husbands, her 2 brothers, daughter Pat (Wright) Thole of Tucson, AZ, and Earl Parcel’s daughter, Earlene Eggers of Longview, WA.

Graveside Service will be held at Canyon Hill Cemetery, Caldwell, ID, on Friday, September 4, at 11:00am.  Pastors Don Bertelsen and Benje Graves officiating.

To send flowers to the family or plant a tree in memory of Peggy Parcel, please visit Tribute Store
Friday
4
September

Share Your Memory of
Peggy
Upload Your Memory View All Memories
Be the first to upload a memory!
Share A Memory
Send Flowers