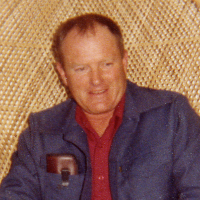 Bruce Curtiss Beck, age 89, died Sept 20, 2020 at a Boise hospital following a stroke.  Bruce was born July 19, 1931 in Los Angeles, CA, to Owen and Thelma Ruth (Curtiss) Beck. He attended schools in California and Nevada and graduated from Wilder High School in 1950.  He attended U of I and C of I, before joining his father in the grocery business in Wilder.

Aug 19, 1954, he married Beth Lincoln in the Wilder Methodist Church. Their 3 sons were born while they lived in Wilder. In 1960, the entire Beck family moved to a Garden Valley ranch.

Bruce held offices in the Payette River Cattle Assoc, the Garden Valley School Board, and served as Boise County Commissioner.

In 1985, Bruce and Beth moved to Boise, where he did home repairs before working for Intermountain Outdoor Sports in gun-smithing and sales. After retirement, they raised a huge garden and did farmer’s markets.

Bruce had many interests: rock hounding, wood working, photography, hunting, stargazing, fishing, and target shooting . . . . There was almost nothing he couldn’t build or fix, nor any machine he couldn’t operate.

He is survived by his wife of 66 years, Beth; sons Roger of Mountain Home, Robin & Liz of Nampa, and Allan & Pam of Meridian; 4 granddaughters: Melissa Pletcher, Stephanie Olendorff, Larissa Davis and Andrea Morgan; one great-granddaughter, Lyla Morgan, plus several “step grands and greats,” and his brother, Rob, in Hawaii.

Private services will be held at Wilder Cemetery.  Condolences can be given at www.flahifffuneralchapel.com

To send flowers to the family or plant a tree in memory of Bruce Beck, please visit Tribute Store
Print
Share A Memory
Send Flowers