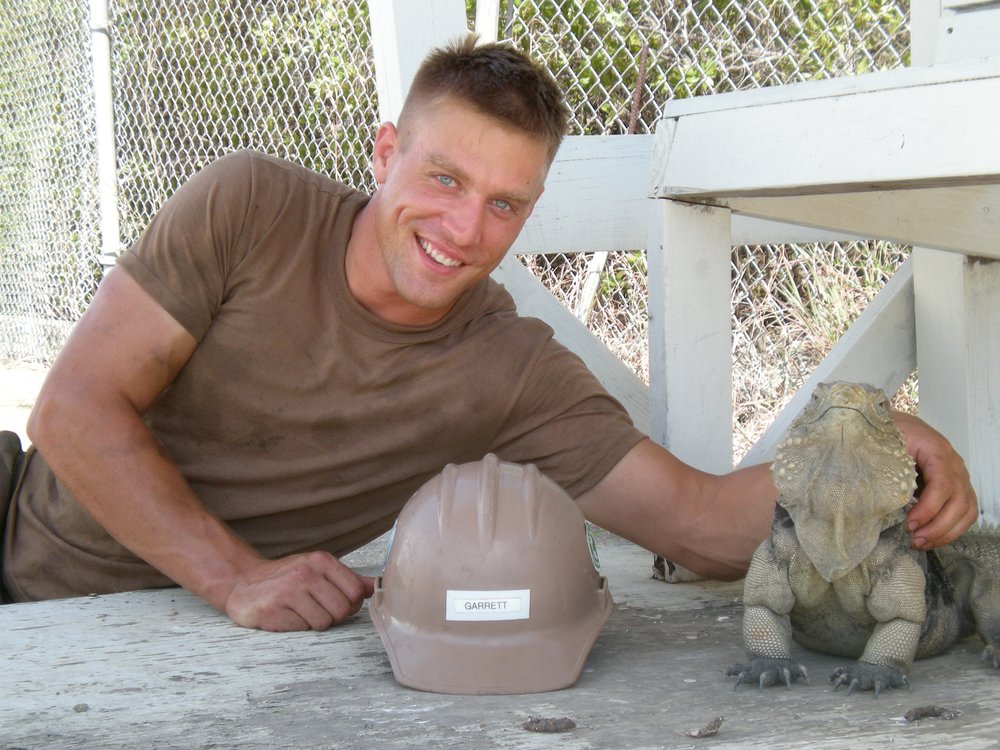 Cody Lee Garrett was born on January 16, 1985 to Gregg and Randee Garrett. He received his heavenly wings on October 7th, 2020 due to a logging truck accident near McCall, ID. He is now very likely working on becoming the strongest, fastest, friendliest and highest-flying angel in heaven!

Cody grew up in Homedale, Idaho among a large and loving family and many loyal friends.  He graduated from Homedale High School in 2003, after participating in football, basketball, and multiple state championship golf titles. He then went on to the University of Idaho, where he spent time in both the Sigma Chi and Sigma Alpha Epsilon fraternities.  After a year at the U of I, he transitioned to the College of Southern Idaho to study auto mechanics.  In 2007, Cody joined the U.S. Navy with the lofty goal of becoming a Navy Seal.  He was one of the final 30 in his BUDS (Basic Underwater Diving/SEAL School) class of 250 when he suffered SIPE (Swimmer Induced Pulmonary Edema) and was medically discharged from the program.  Cody craved and loved the extreme challenge of the program and was devastated.  He continued in the Navy and became a construction mechanic in Naval Mobile Construction Battalion 3, which deployed him to Ar Ramadi, Iraq, Guantanamo Bay, Cuba and Rota, Spain. Cody took advantage of these opportunities for adventure as he acquired his scuba diving certification in Guantanamo Bay, skied the highest point of the Sierra Nevada mountains and golfed at the Rota Golf Club in Spain.  Iraq provided its own adrenaline rush with live fire hitting his helicopter upon its departure from Kuwait and unexpected mortars exploding on base.  While in Cuba, Cody received a Letter of Commendation for rebuilding and repairing several pieces of mission critical heavy equipment, resulting in an increase of equipment availability at that base from 76 to 94 percent in only two months.

Before Cody’s deployment to Iraq, he capitalized on his amazing artistic talent to pencil sketch a tattoo that he ultimately acquired in Hollywood, CA.  The tattoo was on his right ribs and characterized everything that was important “deep down inside” him.  It included drawings of Jesus, Family, demons transforming into a sunny life after passing through the hand of Jesus and the bible verse Isaiah 40:31.  All of these images peeked through deep gashes along his ribs. Cody’s artwork was so amazing, thoughtful and meaningful.  He later added a meaningful star tattoo around his left elbow with his life quote “Carpe Diem” (Seize the Day) above it.

Upon Cody’s return to Idaho, he set about experiencing life through more jobs and adventures than any of us will ever hope to imagine.  This led him into the fields of firefighting, mechanics, auto body, ranching, fence building, truck driving, and the resort industry where he did everything from hosting to washing dishes to building a mountain coaster in Steamboat Springs, CO.  Cody’s resort jobs allowed him to snow ski and pursue his passion for exploring the mountains he lived in.  He did this on either a mountain bike, dirt bike or snowmobile and never slowly. Cody did not have a first gear and he typically gave wings to his mode of transportation.  The only thing better than speed for Cody was taking flight over a jump, often one he built himself.  Cody’s talent for photography and his sharing of pictures allowed the rest of us, through his eyes, to enjoy the beauty of God’s country and treacherous locations most of us would never visit.

In 2012, Cody’s adventures resulted in a tragic 4-wheeler accident in Succor Creek Canyon.  He was always disappointed that he didn’t remember the Life Flight helicopter ride to St. Alphonsus hospital in Boise.  He endured multiple surgeries for a crushed skull and sinus cavity, broken back, collarbone and dislocated finger. After several days in the Intensive Care Unit, a 30-day hospital stay and extensive rehabilitation, Cody went on to participate in Spartan and Tough Mudder races to benefit the Wounded Warrior project and he also ran the Race to Robie Creek.  His accident did nothing to weaken his physical stature, as he battled back to peak fitness.  Cody’s little brother Ryan was known to call him a “freak of nature” because of his physical characteristics and strength few could achieve.  Cody loved to share his adventures, but few could keep up.  Both of Cody’s siblings, Hailee and Ryan were able to participate in these intense obstacle course races with him.

Cody’s love of God and his Homedale Friends Church family led him to find a church to attend in every location that he lived.  He was always so excited to take his family to experience his current church and meet the fellow believers he had found, whether it was on a Navy base, at the base of the mountain in Steamboat Springs, in Donnelly or McCall, Idaho or the Friends Church parking lot during COVID-19.

Cody made a friend wherever he went.  His non-judgmental nature caused him to accept and love all he came in contact with.  Because of his big, big life and all of his experiences, he could find something in common with anyone and usually plan an adventure to share. His wallet was full of business cards from the people he met and valued.  He loved his family fiercely and always found a way to make it home for holidays, special occasions and time with those he cared about whether it was on a bus or he had to hitch a ride.  This week’s outpouring of love and support has shown us, more than we ever knew, about the lives Cody touched.  Nearly all of the comments about Cody have been the same: “He always had a big smile, a big heart and a big hug!”

Cody loved deeply and generously, often giving thoughtful gifts he could not afford to those he cared about. At times, those gifts were creatively made by him, but he rarely showed up empty-handed. He shared his kind and encouraging words just as generously to those who needed a lift.

Considering that Cody’s life motto was “Carpe Diem” and his 2003 Senior high school annual cover quoted “Life is Too Short to Be Ordinary,” his family urges all reading this to go have a memorable adventure...before there is time, before it makes sense, before you can afford it and before it’s too late.  We are so thankful as his family that he truly lived “as if there is no tomorrow.”

Services will be held at Mountain View Church of the Nazarene, 26515 Ustick Road, Wilder, ID at 1:00 on Friday, October 16, 2020 (masks recommended), followed by interment at the Marsing-Homedale Cemetery, 4410 Cemetery Road, Marsing, ID.  A meal will follow at the Txoko Ona Basque Center in Homedale, ID.

In lieu of flowers, Cody would love for you to donate to Homedale Friends Community Church (landscape project), 17434 Highway 95, Wilder, ID  83676 or The Wounded Warrior Project at support.woundedwarriorproject.org.

To send flowers to the family or plant a tree in memory of Cody Garrett, please visit Tribute Store
Friday
16
October

Share Your Memory of
Cody
Upload Your Memory View All Memories
Be the first to upload a memory!
Share A Memory
Send Flowers