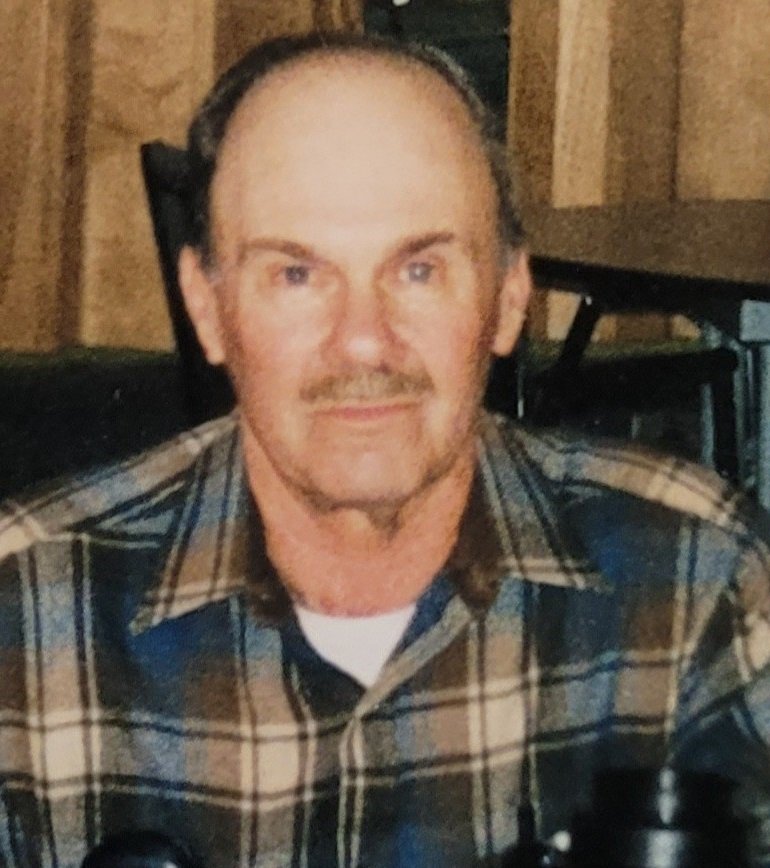 Charles Ross Howard, (Chuck) was a Christmas baby, born December 20, 1937 at the former Good Samaritan Hospital on the Northwest Nazarene University campus in Nampa, Idaho. He was joined later by his 2 dear, baby sisters, Joan Howard (Emry) and Marjorie Howard (Moon). His loving parents, Clare and Marie Howard were helping Clare's widowed mother with her farm. When the time was right Clare and Marie purchased their own 80 acres, southwest of Caldwell. (One of Chuck's earliest memories was watching his dad bring some horse drawn equipment down their long drive into the barnyard). His parents, of course, switched to gasoline powered equipment as soon as possible. Chuck grew up doing farm chores like milking, feeding the animals, and raising hay and grain…with lots of irrigating, as well!! Their family farm was always a hubbub of activity for extended family and friends. Everyone loved coming to the farm!! It holds a very special place in many hearts.

For his earliest school years, Chuck attended Pleasant Ridge Grade School, then switched to Greenleaf Friends Academy for his secondary years, till graduation, where he enjoyed playing 8- man football and singing in choir.  During Chuck's home years, his family helped with lots of church music. Mom Marie played both the piano and organ. His family sang in quarters, trios, and duos. His father led congregational singing. When college time arrived, Chuck attended Friends Church-affiliated George Fox College in Newberg, Oregon, which is now a University. He returned home to help his dad with the farm, after Clare lost a hand in an unfortunate farm accident.

When the Vietnam war began, Chuck did his Conscientious Objector/Alternate Service time at Elk's Rehabilitation Hospital in Boise where he met his first wife, Nancy McElvain. They lived in Boise and Renton, Washington anxiously awaiting children…they waited 10 long years. Daughter Trina Marie was born in 1972. Nancy suffered from severe rheumatoid arthritis and passed away when Trina was just 2½.  Grandpa Clare and Grandma Marie stepped in to help Chuck raise Trina until 1979. Also, during that time Chuck took flying lessons, which were an avid interest for him. Chuck met his second wife, Connie in 1978 at a College Church Nazarene singles bible study group they both attended. He brought her lilacs from the farm to introduce himself when he overheard her mentioning how she loved them. They were married in a lovely, outdoor wedding at the farm in June of 1979. At that time Chuck was working at Gate City Steel. In 1980 they took a leap of faith and moved to the Pocatello, Idaho area to enable Chuck to attend Aircraft Mechanics School which was an ISU program.

Chuck's first son Will, was born in 1981 while Chuck was attending school. In 1982, son Colin joined the family just in time for Chuck's graduation. Though many, many letters of inquiry were sent to every small Idaho airport, Chuck was unable to get a job in his field during the economic down period of that time. He began a job at Reservation Farms to provide for his family, but at the end of the harvest season, everyone was sent away. Chuck moved his family back to Caldwell. In April of 1984, son Tracy was born.

Chuck and Connie have loved attending Ustick Road Church of the Nazarene and Deer Flat Free Methodist Church over the years. They enjoyed helping in both churches and singing in both church choirs. They also helped out Clare when he needed someone for Boise Rescue Mission services. They also opened their home through the years to give different extended family members a place to live whenever a safe harbor was needed. Chuck read through his entire Bible each year. He liked to use different translations. We loved to talk about what he read on any given day. Chuck retired early to enjoy Tracy's senior year of high school and to take care of the 5-acre country place. He loved his 4 kids and was very proud of their schoolwork. School had been difficult for him. He loved going to their parent -teacher conferences and watching them during school and church activities. All 4 enjoyed some kind of music activity…2 sons had sports interests. He always wanted his 4 to do and be their very best. Chuck also loved to tinker with all kinds of projects and work on old cars. He enjoyed his shop at their small acreage.

In 2011 we began noticing changes in Chuck that we felt needed watching. Later, testing revealed that he had a schwannoma on his brain. In the fall of 2013, he was operated on. The surgery brought many more changes, one of the biggest, involved moving into town to a smaller home. There were ability drops as well. We moved him into the Ashley Care Home on Arlington where he has received excellent care. They have been so sweet and loving. In September of 2020, Chuck suffered a hip fracture. The subsequent operation and slow recovery were his final battles. Auburn Crest Hospice stepped in to assist with Chuck's final days. They did a stupendous job. Even with the horror of Covid, we all were allowed to be with Chuck his very last days. We were masked.  He died peacefully at 2:40 Monday afternoon. He had been waiting we think, to tell his sisters goodbye. He passed away gently, shortly after their arrival on the scene.

Chuck is survived by his wife Connie (Helt) Howard of Caldwell, and his daughter Trina and son Colin, also of Caldwell. Son Will lives in Ontario, Oregon. His youngest son, Tracy, his daughter-in-law, Lindsey, and granddaughters Madison and McKinley live in West Richland, Washington.

Chuck's Memorial Service is scheduled for Friday, November 20 at 10:00 AM at Deer Flat Free Methodist Church on 17703 Beet Road in Caldwell, Idaho. Flahiff Funeral Chapel is handling arrangements. Any and all who want to help us tell Chuck, goodbye, are welcome!

To send flowers to the family or plant a tree in memory of Charles Howard, please visit Tribute Store
Friday
20
November