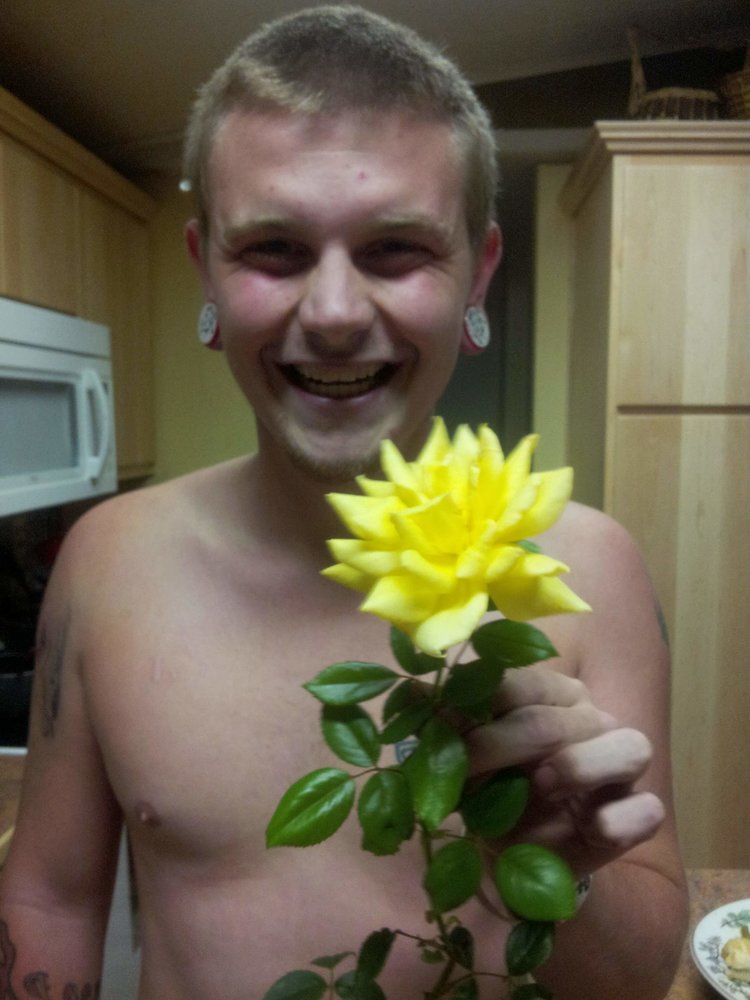 Kenneth Dwayne Chance was born January 25, 1994 to Marjorie and Tyler Chance. Tyler passed away a few months later in the service. Marjie went on to have Kenny’s siblings Trevor, Kobbe, and Amara. Anyone who knew Kenny knows that he always went against the grain. Growing up Kenny was always a sweet mischievous kid. The family often went to the grandparents’ house (Linda and Elden Winslow). It was their home away from home. He spent many summer days riding go karts and climbing trees as high as he could just to show everyone how much of a dare devil he was. When he wasn’t getting into mischief, he was with his family just watching Pokémon and playing games together.  As we got older Kenny never missed out on a family occasion. Whether we were all getting together for a holiday or to visit family up in Hermiston, he definitely would be there just to be there. As Kenny got older his personality became stronger. He was always extremely outgoing and everyday he would meet someone new and make a new friend. This was not hard for him due to his genuine kindness. He was many peoples first friend, always willing to help his friends or support them in any way he could. For a while even, he had every one of his friends sign his bedroom walls. Throughout his life Kenny was always a momma’s boy. While he captured all our hearts, his relationship with his mother was special. Through the thick and thin she was always there to support him with his dreams. Kenny’s joyful mindset and fun-loving personality made him the great father he was to his son that he loved so much. Kenny is survived by his son Aden Chance, Bonus daughter MJ, Baby momma Gracie, mother Marjorie Chance, his “Pops” Troy Berg, his siblings Trevor Winslow, Kobbe Winslow, Amara Winslow, Chris Hutton-Berg, and Kira Berg, his grandparents Linda and Elden Winslow, his aunt and uncle Amanda and Jereiad Stockton, his cousins Alex Winslow, Annie Cardona, Audrey Cardona, Adrianna Cardona, Adriano Cardona, Kendra Winslow, Blake Winslow, his Aunt Franny and children, his Aunt Carrie Chance and children… and many more aunts, uncles, and cousins. Kenny is not just survived by his family, but he is survived by everyone, as he held a special place in everyone hearts. His contagious personality made an impact in all our lives and will live on forever. Kenny was preceded in death by his father Tyler Chance, Baby Chance, his paternal grandparents Debbie and Ben Chance, his great-grandparents Marjorie and Jack Winslow, Ray and Annie Julian, his great aunt Judy Bullock, and his cousin Dakota Winslow.

To send flowers to the family or plant a tree in memory of Kenneth Chance , please visit Tribute Store

Share Your Memory of
Kenneth
Upload Your Memory View All Memories
Be the first to upload a memory!
Share A Memory
Send Flowers