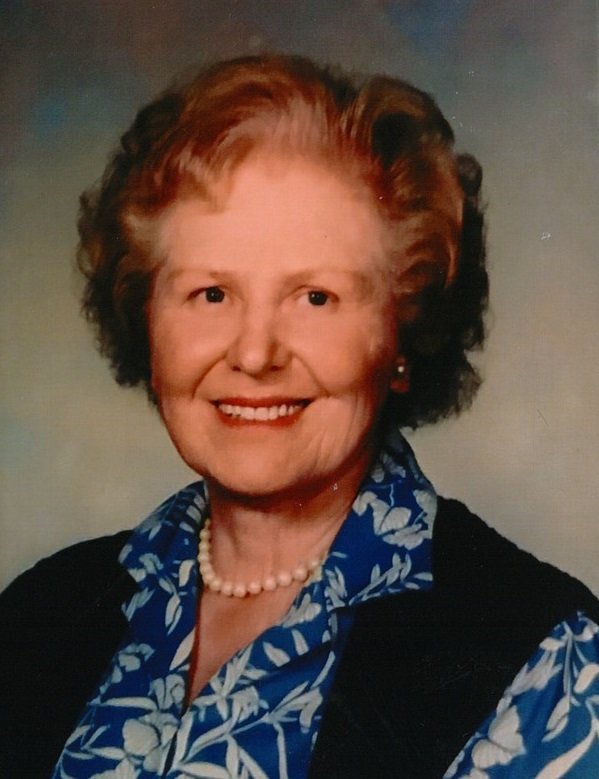 Ellen was born in Nebraska to Herman and Louise Dabler.

They lived on a 2,000 acre cattle ranch until 1938, when her family moved to San Francisco for work.

Ellen graduated from High School at 17. She went to night school to be a secretary and bookkeeper.

She married Carl Norville and they had two children; Steve and Linda. Later they divorced and she met the love of her life, Bob Nigherbon.

Then they moved to Powell, Wyoming. After several years they moved back to San Francisco. There Bob and Ellen were blessed with another daughter, Mary Ann.

Longing to get back to the country life, the family moved and settled in Idaho, nine years later.

Ellen had quite an adventure married to Bob. They moved a lot... almost to Australia once. But instead they moved to Kuna. They lived in Kuna, and the Bowmont area, Parma, Notus/ Greenleaf area and finally, Ellen moved to Caldwell after Bob’s death.

They always had big gardens, where Ellen planted lots of flowers throughout and around the vegetables. Ellen worked outside the home most of her life.

She was a secretary and bookkeeper for several banks and businesses in Wyoming, California and Idaho. She continued to work until she was on her late 70’s. Then she became the librarian for the Greenleaf Friends church in Greenleaf. She often said that she had always wanted to be a librarian. So, this was one of her favorite jobs.

She lost Bob when he was only 68 and Steve at 62. Heartbroken at both losses, she continued on, her sweet giving self, never dwelling on sadness, always working hard at various jobs and in her gardens. When moving to Caldwell, she planted flowers and some vegetables on every bit of ground around her house.

Ellen was a wonderful cook and baker. As a young adult she worked at a bakery and at a See’s candy store.

Every December, Ellen spent several weeks making candy and cookies. She sent dozens of boxes out to family members, neighbors and friends. If you came to visit her she always had cookies readily available.

She was preceded in death by her parents, by Bob and son Steve. She is survived by her daughters Linda Lowber, Garden Valley and Mary Ann Hammelman (Michael) Puyallup, Washington; Grandchildren: Sondra Nigherbon, Meridian,

Great grandchildren: Christopher Borden, Michaela Borden and Sophia Swenson. Special thanks to Ashley Manor Crescent of Caldwell for their wonderful, loving care and kindness. And Horizon Home Heath and Hospice and their caring staff.

Memorials can be made to Canyon County Pet Haven.

A Celebration of Life will be held on Saturday, May 1, 2021 at 1:00 pm at Greenleaf Cemetery in Greenleaf, Idahol.

To send flowers to the family or plant a tree in memory of E. Nigherbon, please visit Tribute Store
Print
Saturday
1
May