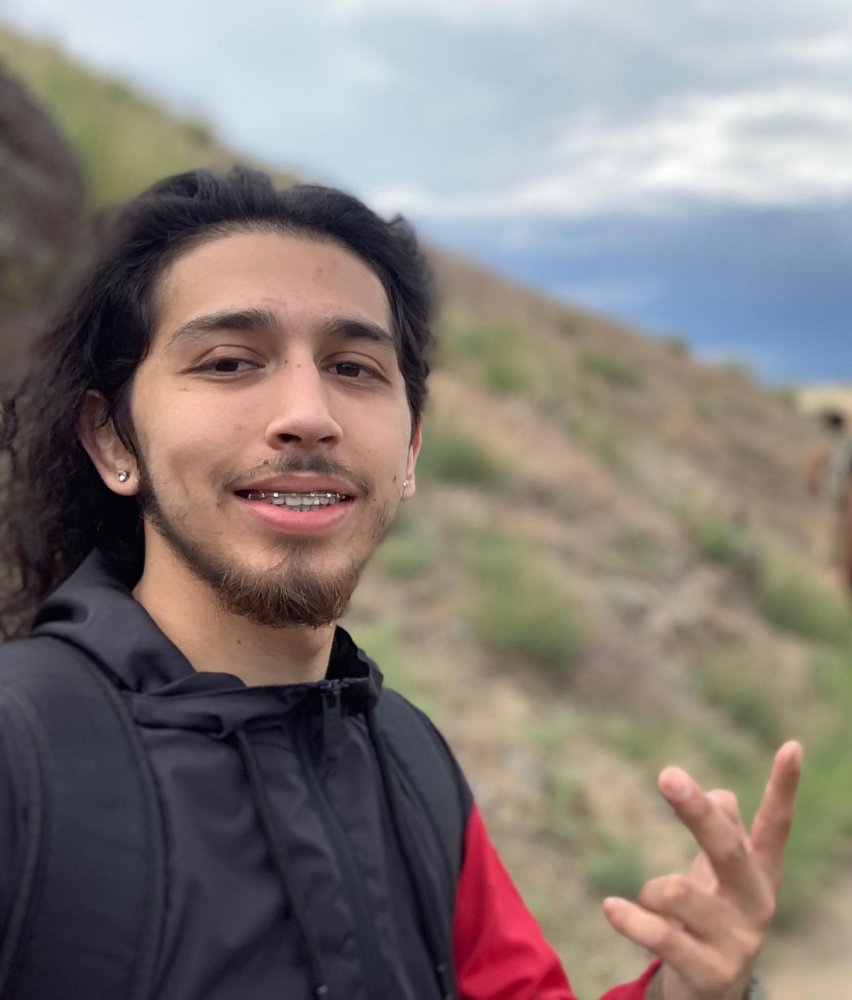 Beloved son to Joel and Felicita, best friend brother to Angel, Jazmin and Michael, amazing father to Gabriella and love to Samantha left his earthly body on December 11, 2020. David was born September 24, 1999 in Caldwell, Idaho.

David was a beautiful soul.  Had a beautiful, perfect smile.  He was tall and so handsome with gorgeous long, curly hair.  He was loving, funny, caring, thoughtful.  His pride and joy was his beautiful baby girl, Gabriella.  He said becoming a father changed him…for the best.  This was a kid who had never even held a baby, but he stepped into fatherhood like it was what he was meant to do.  Together with Sam they loved and cared for their baby.

David was employed at American Food Equipment Company in Caldwell.  He was grateful to the company for taking a chance on a kid with no experience.  He learned mechanics and how to weld during his time there.  He took great pride in his work.  He smiled ear to ear when he talked about a compliment he received from his boss or co-worker.  His dream was to follow in his big brother’s steps.  He was so happy when he got his AMFEC sweater.  He told Sam that he now looked like his brother Angel.  He wanted to make his older brother proud.

Prior to becoming a father, David loved to skate.  He suffered a couple of broken bones as a result, but he loved it.  He had numerous Santa Cruz boards.  On any given day or night, he could be found at the skate park.  When he wasn’t skating, he was online playing Call of Duty Cold War yelling at Miguel, his brother from another mother.  He said he had been waiting ten years for this game…he HAD to play!  In the summer he could be found floating the river with his other brother from another mother, Tylee.

The two happiest days of his life happened in 2020.  Gabby was born in August and he turned twenty-one in September.  His small family gathering turned out to be a big surprise party.  Tylee and Sam got his closest friends together.  He was ecstatic that they showed up.

We are so heartbroken but so thankful for all the memories and time spent together.  We spent countless hours watching memes.  We laughed so much.  In the summer of 2019, we started hiking.  We hiked Camel’s Back, Hull’s Gulch and Stack Rock.  During the hikes we shared stories, snacks and water.  We spent endless hours playing Monopoly, to the point that we just gave up because no one was going to win anytime soon.  Our group chats were mostly exchanging memes, pictures of Gabby and trying to figure out what to cook or get for dinner.  We spent a lot of time cooking and by ‘we’ I mean Dad and I; he was busy playing the game he’d been ‘waiting ten years for.’  He was a kid at heart.  He was quick with the comebacks, his sister Jazmin always on the receiving end of those comebacks.

There are no words to describe the pain and sorrow, but we are comforted by the outpouring of love and support from friends, family and strangers.  We will be eternally grateful to the earthly angels, Eric and Lisa, who assisted and comforted David in his final moments.  We are thankful to the first responders and the staff at St. Alphonsus (heroes!).  You truly are all the things that are right in this world.

To send flowers to the family or plant a tree in memory of David Bettancourt, please visit Tribute Store
Print
Wednesday
30
December