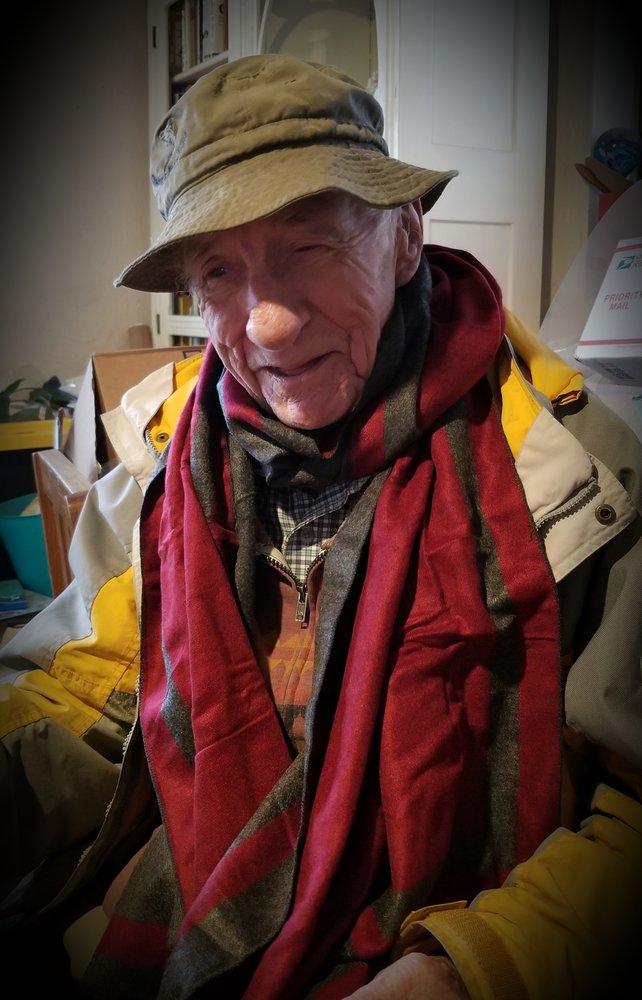 Bob was born on January 24, 1928 to Albert and Agnes Kammerer. He grew up on a farm in South Dakota with his two older brothers Martin and Joe Kammerer.

He had an adventurous spirit and after he came back from his tour as a Merchant Marine he traveled all over the United States. He was an avid rockhound and could be found in the hills in his free time.  When he started losing his eyesight and could no longer drive, he started riding his bike.  He would ride ten miles or more a day to shop and have coffee until recently. He loved his freedom.

Bob had many lifelong friends and was blessed in his later life with a great group of buddies that met daily to have coffee and swap stories. They were also his lifeline when he needed a ride or help with his bike or trailer.  He cherished them all.

He was always willing to lend a helping hand to anyone in need. Not just family and friends but perfect strangers.

He died December 30, 2020.  He is survived by his daughters Nona Del Bosque (Dennis), Jan (Bill) Robinson, and Echo DeWeber. and a son, Wes (Tina) Tanner.  He had many grandchildren, great grandchildren, a niece, and nephews.  He was preceded in death by his parents, his son Charles Kammerer Jr and his two brothers Martin and Joe.

To send flowers to the family or plant a tree in memory of Charles Kammerer, please visit Tribute Store