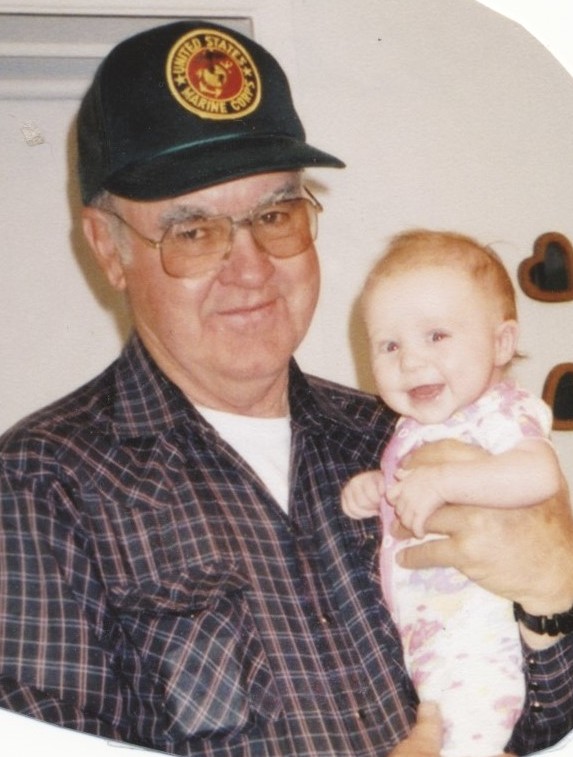 Harold Dean Bowers passed away on Feb. 18, 2021 at home from pancreatic cancer. Harold was born on Nov. 19, 1933 at Gate, Oklahoma, to Sam and Maude Eells Bowers. The family moved to Idaho when he was 18 months old. He attended knowlton Heights School near Marsing through the 8th grade.

In 1956, he enlisted in the US Marine Corps at Campe Pendleton California. He obtained his GED and a mechanics course, which erved him well all his life. Aftr his discharge, he worked for J.R. Simplot Co. as a mechanic and truck driver for 10 years. He wanted something of his own, so he started a custom haying business in 1968. He loved his work and all his customers. Even after he retired, he worried about the farmer’s hay being rained on.

He met Ermal Lea Howery on a blind date in May 1972 and they were married Sept. 30, in Elko, Nevada.

In the 1980’s, he was an avid trap shooter and belonged to the Pacific Intermountain Trapshooting Association, Marsing, Caldwell, and Boise Gun Clubs, winning many awards at all the shoots.

He retired from Custom Haying in 1995 and opened up his shop for reparing Cummins Diesel Dodge pickups and air conditioning. Starting in 1998, they would spend 2 months in the winter at Quartsite and Yuma, Arizona. He took a class on Knapping (arrowhead making) and they met many wonderful friends and musicians there. They would take many more trips in their fifth wheel, which included Branson, MO, Mountain View, Ark, Bowers reunions everywhere, and Pahrump, NV for all the dodge rallies.

Harold was a man of many talents and interests; he loved classic country songs and amazed us with his knowledge of Merle Haggard, George Jones, and Hank Williams. He solved jumble words in the newspapers, crosswords and jigsaw puzzles, and for the last few years, driving to the Kuna Senior Center and playing pool with his friends. He always enjoyed donating pictures of old Marsing to the disaster auctions.

He had a reputation for absolute honesty and fairness in both his business and personal dealings.

He will be missed by so many. Especially his sense of Humor.

He is survived by his wife, Ermal of 48 years; daughter and son in law, Gina and Greg Mayer; granddaughter, Hanna Mayer; 1 brother, Roland; and numerous nephews and nieces, survives him. The Family gives a special “Thank You” to all the St. Luke’s Hospice team for their wonderful care and comfort.

Harold is preceded in death by his parents; 4 brothers; and 4 sisters.

In lieu of flowers, memorials can be made to Homedale and Kuna Sr. Centers.

Private burial is planned by the family. Friends may share a memory of Harold at www.flahifffuneralchapel.com.

“It ain’t the years but how you spent ’em. Ain’t the cares that life may bring., it’s the joys, dreams, and friendships; these are worth remembering.”

To send flowers to the family or plant a tree in memory of Harold Bowers, please visit Tribute Store

Share Your Memory of
Harold
Upload Your Memory View All Memories
Be the first to upload a memory!
Share A Memory
Send Flowers