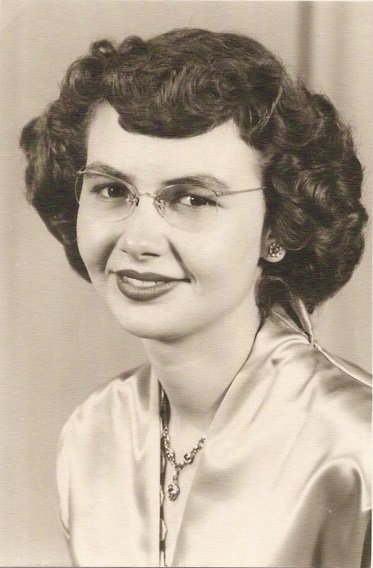 Shirley L. Miller passed away peacefully at home.  Shirley Lee (Friddle) Miller, was born April 25, 1934 in Melba, Idaho to Edith & Clem Friddle. She & her older brother, Dick grew up on their family’s farm in Melba, where they attended school.  Shirley was active in the community & in school. She played basketball & was a cheer leader. She was also Melba High School’s first Homecoming Queen. Shirley met the love of her life, Charlie (Bill) Miller when he moved to Melba in the 7th grade & double winked at her. Shirley & Charlie were married in Winnemucca, NV on June 6th, 1952. Charlie immediately left for Navy boot camp with Shirley following him later. She often spoke about her solo travel across the US via train & how intimidating it was for a small town, farm girl to travel so far by herself. Shirley & Charlie lived in Maryland & Jacksonville, FL., during the 4 years Charlie was in the Navy. They returned to Melba after 4 years to farm, but instead started a milk hauling business, Skyline Enterprises, Inc., which they successfully operated for 42 years. Shirley & Charlie retired in 1998, by selling most of their personal belongings & going on RV adventures. They spent many autumns in Depoe Bay, OR watching the whales migrate, fishing & crabbing in Washington. Also, their cruise to Alaska was another highlight of their lives.

Mom was active in all her kid’s & lives; she was a 4H leader for many years. She taught sewing, cooking, & ceramics. Shirley also assisted with Greg’s Boy Scout’s troop. Shirley loved to camp & fish, which she instilled in her children during their annual Silver Creek camping trip. Mom was a life-long reader especially of mysteries & she loved to crochet. She was a competitive game player especially at Dominos & Phase10. Mom even got into video games with her grandkids!

To send flowers to the family or plant a tree in memory of Shirley Miller, please visit Tribute Store
Print
Monday
29
March