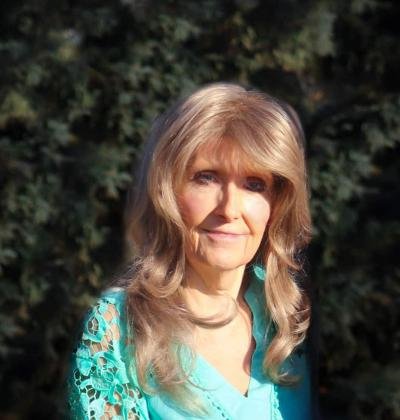 Sheila Marie (Clemens) Harshbarger, 59 of Caldwell, Idaho passed away March 28, 2021 in her home from a long-term illness.

She was born January 27, 1962 in Nampa, Idaho to Howard and Myrtie “Wendy” Clemens. She was the third in line of five children. She liked to joke that as the middle child, she was able to fit in with both her older sisters and younger brother and sister depending on how the mood struck. The family moved around a few times, but most of her school years were spent in Caldwell, Idaho.

As a teenager, she loved participating in events at their family’s church and made many lifelong friends between the youth group and school. She developed a love for reading at a young age that carried her through life. She spent many hours engrossed in books of all genres.

At eighteen, she gave birth to the oldest of her four children. As a young mom, she faced many struggles, but she never backed down from the challenge. She raised her kids in a loving but strict upbringing. She was very protective of her children. They joke constantly that if they had any issues, their mama bear would take care of them.

She met the love of her life, Gregory Harshbarger, in 1994 and they married July 3rd of 1995. The two of them had many adventures. They loved going on long drives, traveling to new places, camping and fishing. Sheila loved fishing so much that she made sure to always bring a spare brush to clean her nails after cleaning her fish.

Together, the two of them dedicated their lives to the Lord and participated in many ministries. Sheila had a fondness for teen ministry. It was quite common for her to invite all the teens to her house after church service and she would cook for her “gang” of kids. Every year, she would donate her vacation time to volunteer at her Church’s Youth Camp to cook meals for sometimes over 150 campers. She loved watching them learn to grow and love the Lord. In her later years, as the illness wore on and she was no longer able to cook, she would still reminisce about those times and often prayed for the kids that came through.

She loved kids so much and was overjoyed the day she found out she was going to be a grandma. She has seven grandchildren, and she loved each and every one of them. She would spend time planning on things for them to do. She loved planning slumber parties, movie nights and taking time to teach them to cook.

She had several long-term jobs over the years, but by far, her favorite was her time working at the WIC office. She loved helping young mothers provide healthy foods to feed their little ones.

She is preceded in in death by her father, Howard Clemens; her niece, Shelly Rosenberry; her grandparents: Samuel and Myrtie Hensley, Raymond and Mary Clemens; and her brother in-law, Rob Kitchen.

To send flowers to the family or plant a tree in memory of Sheila Harshbarger, please visit Tribute Store
Thursday
1
April