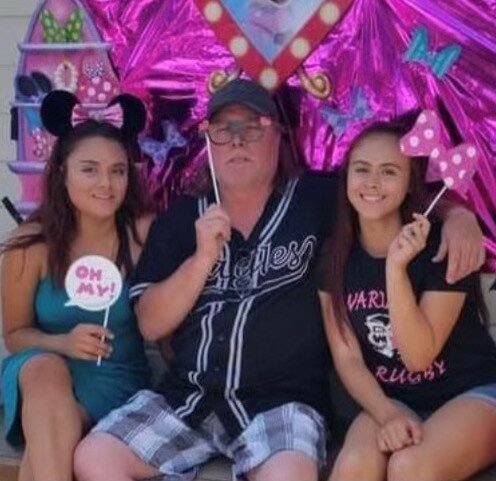 Jerry was born in Caldwell, Idaho on January 23, 1960 to Walter and Catherine Storms.  He grew up in Wilder attending and graduating form Wilder school.  He loved playing sports and if there was a game you could probably find Jerry playing in it.

Jerry married his high school sweetheart and love of his life Susie Betancourt on March 24, 1978. To this union 3 children were born. Jeremy David, Amanda Catherine and Elizabeth Nicole. Jerry loved watching his children play sports following in his footsteps.

Jerry worked at Woodgrain Millworks, Louisiana Pacific and Darigold where he worked until his passing. He was an avid golfer and enjoyed spending many hours on the green with his golfing buddies.  He also always looked to forward to his yearly hunting trip with his family.

Susie passed away August 18, 2007 from that forward a piece of Jerry’s heart was missing. He vever got over the loss.

Services will be held at 11:00 am on Tuesday, September 7, 2021 at Flahiff Funeral Chapel in Caldwell. Interment will follow at Wilder Cemetery in Wilder, Idaho.

We will love you forever and you will be greatly missed.

To view the service remotely please copy and paste the following link:

To send flowers to the family or plant a tree in memory of Jerry Storms, please visit Tribute Store
Print
Tuesday
7
September