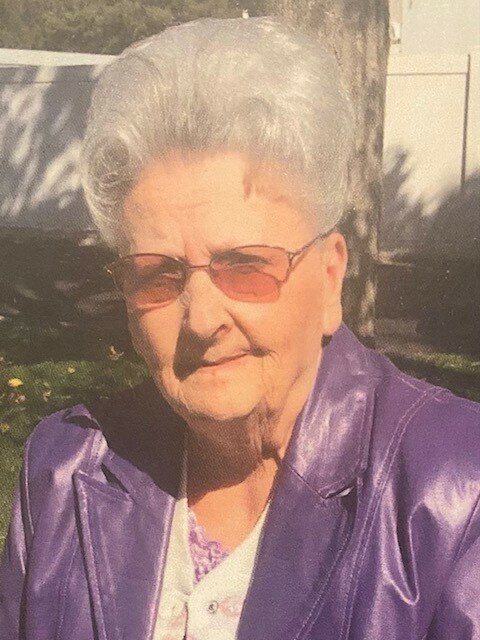 Shirley Marie Dooms 83, passed away September 6, 2021 at Karcher Estates, where she resided the last 4 years, with eternal hope of her home in heaven. Shirley was born in Star, Idaho at home June 4, 1938 as the 3rd child of Fred and Fern Crooke. Shirley’s sister Christina was 10 years old by the time Shirley came along. Her brother passed away at the age of 6 months. So, Shirley was mostly raised as an only child.

They moved to Caldwell in 1940 where she attended her 1st 5 grade school years at Van Buren Elementary. Her parents divorced then her adventures began as she called it. She attended 6th grade at Cook Elementary in Boise, 7th and 8th in Kooskia then back to Caldwell for 9th as she lived with her father for that year. High school she attended American Falls, Yakima then graduated from Naches, Washington in 1958.

She married her high school sweetheart Gary Olson July of 1959 who was killed in an automobile accident a year and a half later.

Shirley worked at a nursing home putting herself through nursing school at St. Elizabeth’s nursing training. Shirley had four other marriages that ended 2 by divorce and 2 from accidental deaths while serving in the military. Shirley often spoke of her days in the army as a frontline surgical nurse in Vietnam. She loved nursing until she was just done.

When she returned, she worked odd jobs to make her living. One day her dad called her , told her he was sick and asked her to come home to Caldwell, she agreed. It was then that her childhood dream at the age of 10 was to marry the cute 16 year old boy across the street came true. Her dad made arrangements for the two of them to meet.

In 1982 Shirley married the love of her life John M. Dooms. The couple resided in Nampa until 2004 when John passed away from an illness.

Shirley was an avid dog lover and had many pets throughout her lifetime. Mostly she would say, that no matter what mood you are in your dog would always still love you. Shirley never beat around the bush. If she thought it she usually said it and didn’t bother to dress it up in anyway. She prided herself in “say it like it is”.

Shirley enjoyed having her hair appointments every week. She met Sheila Larrea in 1986 and was a loyal client over the years. Se enjoyed the long talks and Sheila never seemed to mind Shirley’s opinions. Just allowing Shirley to be Shirley. Shirley loved Sheila as a daughter she never had and Sheila promised to care for her final needs as she would her own mother. That promise was kept these last 5 years, and her absence will be greatly felt.

Shirley was grateful for the care that was provided to her as long as she thought you knew what you were doing. She especially loved most of the people employed by Horizon Hospice who took great care of her for several years and again in her final days.

Many thanks also to the nursing staff and care provided at Karcher Estates. Shirley will be laid to rest at the Star Cemetery along side her husband John, her mother and brother.

There will be a short graveside inurnment service Friday September 24 at 11 am at the Star Cemetery.

To send flowers to the family or plant a tree in memory of Shirley Dooms, please visit Tribute Store
Friday
24
September

Share Your Memory of
Shirley
Upload Your Memory View All Memories
Be the first to upload a memory!
Share A Memory
Send Flowers