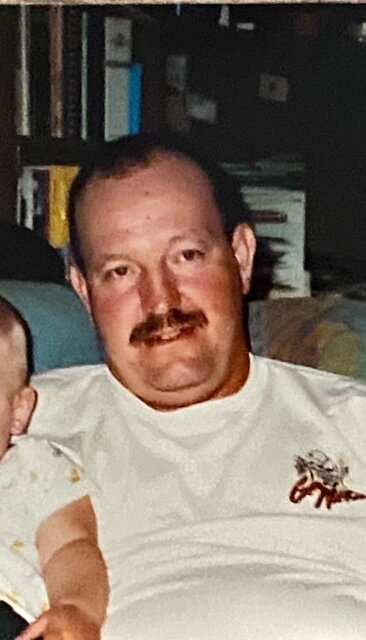 Robert Carl Mitchell was born on May 20, 1963, to James Carl and Phyllis “Louise” (Ostberg) Mitchell in Newberg, Oregon.  The family moved around a little during his childhood, but most of the time they lived in Payette, Idaho, where Robert went to school. While in high school he started working for his father and the family business – Mitchell’s Tree Service.

Throughout his life Robert also worked for Woodgrain Molding in Fruitland, ID, drove harvest trucks for farmers in the Treasure Valley, and drove semi with his father-in-law Bob Griep for North American.  In 2000 he moved to McDermitt, Nevada, on the Oregon side to help his parents by doing maintenance work at their business Mitchell’s Stateline RV Park.  He also started Robert’s Auto Shop and helped travelers who broke down on Highway 95. Many times Robert would help people and not charge them.  He was a mechanic, plumber, electrician, builder, and welder. If he couldn’t fix something that day he would sleep on it and come up with a plan the next day.

In 2006 he married Cheryl Uphoff of Payette, ID, in Winnemucca, NV.  Her two boys Nathan and Andrew joined the family. Robert always enjoyed spending time with his children and later grandchildren. Robert loved to take them camping, exploring the hills around McDermitt, or on a road trip to see new places.  Robert also loved hunting, fishing, riding 4-wheelers, or riding his Harley Davidson motorcycle. Every year he would plan a new road trip to a new place on his Harley.  Robert was known for just dropping in to see friends and family.

He is survived by his wife Cheryl and step sons Nathan of McDermitt, Andrew (Kattie) of Nampa, ID.  His three sons Scott (Anita) of Nampa, ID, Marcus (Amanda) of North Pole, AK, and Joshua of Boise, ID.  His two daughters Cassandra (Nick) of Boise, ID, and Jessica of Donnelly, ID.  His 7 grandchildren Josiah, Joslynn, Dale, James, Asa, Raina, and Amelia.

Robert will be dearly missed by his friends and family.  He had a generous heart and cared deeply for those he loved.  A Celebration of his life will be in Payette, ID, on October 2, at the Centennial Park at 1:00.  As a child Robert often went there to swim, fishing, jump off the bridge into the Snake River, or just hang out with friends.  Robert will be ALWAYS LOVED, NEVER FORGOTTEN, AND FOREVER MISSED.

To send flowers to the family or plant a tree in memory of Robert Mitchell, please visit Tribute Store
Print
Saturday
2
October