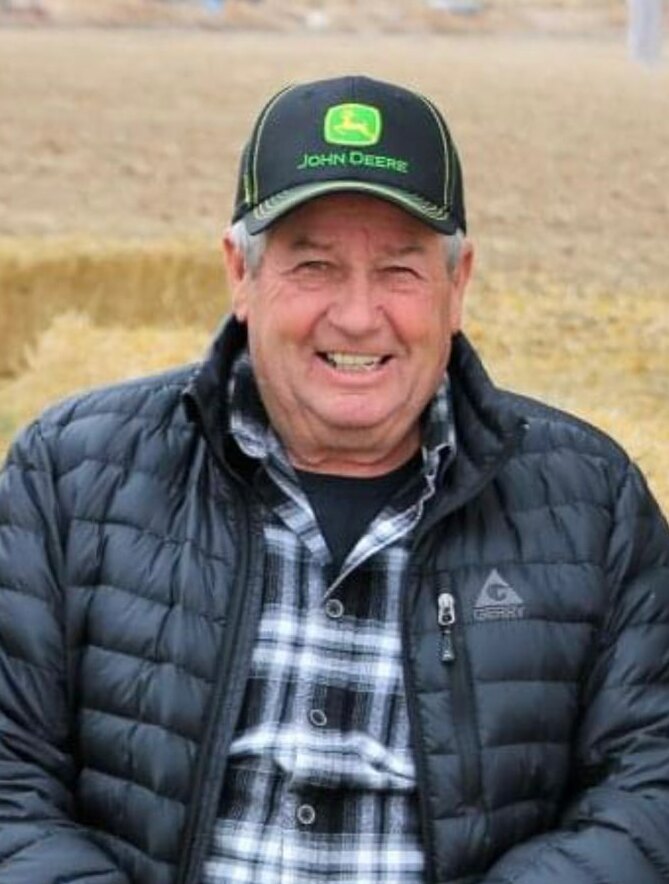 January 27, 1945 to Edwin and Gladys Lee Payne as the youngest of three children. Ed and Gladys

purchased the family farm in 1935 where Jim was born and raised. He still farmed that ground to this

day. Jim attended Middleton Schools graduating in 1963. After graduation he farmed and milked

cows. April 9, 1965 Jim married his High School sweetheart Glenda Mesler and they lived together in

Middleton for 54 years of marriage until Glenda's passing in 2019.

To this union in 1966 twin boys were born, Jerry and Larry. Larry passed away shortly after

places. He carried a deep and proud love of his children and grandchildren, extended family and

friends. He was a passionate farmer, growing almost every seed variety and crop, except trees. He was

enthusiastic in his support of the ag community, MHS booster club, athletic events supporting his kids

and grandchildren. He and Glenda hardly ever missed a game. He was always there for his

grandchildren. He always found a way to give them an opportunity to work for, as he did many other

people as well. He was so selfless and the epitome of what would be the definition of a hard working

man. He believed in the honesty of a handshake and the importance of keeping your word.

Jim genuinely loved people. If you haven't met Jim, you haven't heard a real comedian. No

matter whether you were a great friend or a random person on the street, he was always cracking jokes

and making people laugh. He loved to tease the tellers at the bank or tell a story of some sort or other

to an old friend or the new one he had just made in the bleachers at one of the games.

Jim was also a man of many talents. He enjoyed many hobbies over the years, which

encouraged both his kids and grandkids to have a fearless attitude to try new things. He enjoyed time

on the lakes and reservoirs water-skiing with friends and family. He mastered jumping off the dock on

one ski. He also loved packing in on horse back from Grand Jean, Idaho to camp and elk hunt. Many

people learned to love hunting and horses from Jim. He also loved snowmobiling, another hobby that

included family and friends finding themselves in other beautiful parts of Idaho rarely seen. The call of

river rafting also found Jim. He showed many people the opportunities of adventure in Hells Canyon,

fishing later in the year by Jet boat. Another passion he fostered in his kids, grandkids and friends. In

the last several years he and Glenda found their love of razor riding in the Owyhees, Mann's Creek, and

throughout Idaho with family and friends. He was probably the best Polaris razor salesman no one

Everyone who was blessed to know Jim, knew he always had an opinion and wasn't afraid to

share it. With an arm around your shoulder, so you couldn't get away, he would tell you just how he

thought something should be done.

Lauren Rule. A sister Edna (Larry) Davis, along with several nieces and nephews. He was preceded in

support we've been shown. Thank you everyone.

In lieu of flowers, the family asks that you make a donation to the Idaho FFA Foundation in

Graveside services will be held on Friday October 8, 2021 at Middleton Cemetery, Middleton, Idaho at 10:30 am. Friends can share a memory of Jim at www.flahifffuneralchapel.com

Jim wanted this to be a casual event so jeans and hats are encouraged.

To send flowers to the family or plant a tree in memory of James Payne, please visit Tribute Store
Friday
8
October

Share Your Memory of
James
Upload Your Memory View All Memories
Be the first to upload a memory!
Share A Memory
Send Flowers