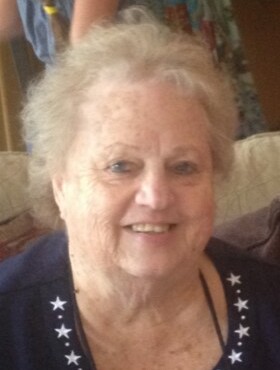 Barbara Joan Richter, wife, mother, grandmother, and great grandmother, passed in peace at St. Joseph’s Medical Center on February 2, 2021. Her generosity, kind spirit, and witty conversation will be missed by those whose lives she touched.

Barbara Joan Richter was born in Homedale, Idaho on March 20, 1942. She was the youngest sibling with two older brothers, born to Leah Afton Young, and Andrew James Young.

Barbara, who many referred to as Joann, attended her younger years of school in Idaho before she moved to Oregon to attend high school. That is where she met the love of her life, Allen Paul Richter. They were neighbors as well as high school sweethearts. Their romance blossomed into a strong undying love, and shortly after Allen returned home from the service, they married. They were married for a beautiful 61 years.  They were blessed with 3 boys who grew into strong men and started families of their own, blessing her with numerous grandchildren and great grandchildren. Barbara was a strong independent woman that was devoted to her husband and family and loved the spice of life and adventure. She attended some college but worked mainly as a social worker for developmentally delayed children. She and Allen moved to Watsonville, California where Allen worked as a skilled hairdresser, designing wigs, and attending shows and she worked as his beautiful model and travel companion. While their boys were young children they lived in Fortuna, where Allen ran a gas station with his father. When their boys were older, they moved to the beautiful town of Clearlake, California where Joann supported Allen in his pilot career. They worked as equal partners and created a successful business “Clearlake Avionics” that they ran for several years before selling the company and following their dreams of moving to the Great North, Alaska. In 1987 she helped with the commercial fishing boat that they purchased, and in 1988 they purchased Sea Otter Sound Resort and Fish Camp which they ran until 2000. She worked as hostess, cook, maid, and even fishing companion. Barbara was always business minded and with Allen’s skills, in 1995, they partnered with their son Andy and his wife Tammy and opened “Naukati Connection”, a mom and pop shop, gas station, post office, and mechanic shop. They established themselves as an integral part of the community and a dependable resource.

Barbara was a strong Catholic for the entirety of her life and attended services weekly. The most important things in her life were her family and faith. She adored being a mother, grandmother, and great grandmother and served as a matriarch within her family.

Barbara took a lot of enjoyment out of life. Her favorite time of year was Christmas. She loved the decorations and the Christmas spirit. She loved having big family gatherings and playing games. Cooking large meals, and spending time visiting. She was a great conversationalist, she was witty, and had a great sense of humor. She loved to help others and helped many people in her community at one time or another. Her family meant everything to her.

Barbara is preceded in death by her husband Allen, her loving parents, 2 brothers, and her beloved son Andrew. Barbara is survived by her sons Greg and Mark. Proud grandmother to her grandchildren, Drew, Vanessa, Desiree, Felisha, Brandon, Courtney, Paul, Jeffrey, Cody, Abigail, Gaven, Nina and Olivia. Further survived by nieces, nephews, other relatives, and friends. Barbara will forever be remembered and loved by those she impacted by her presence and love.

A graveside memorial will be held at 1:00 pm on Saturday, October 23, 2021 at Marsing Homedale Cemetery.

To send flowers to the family or plant a tree in memory of Barbara Richter, please visit Tribute Store
Saturday
23
October