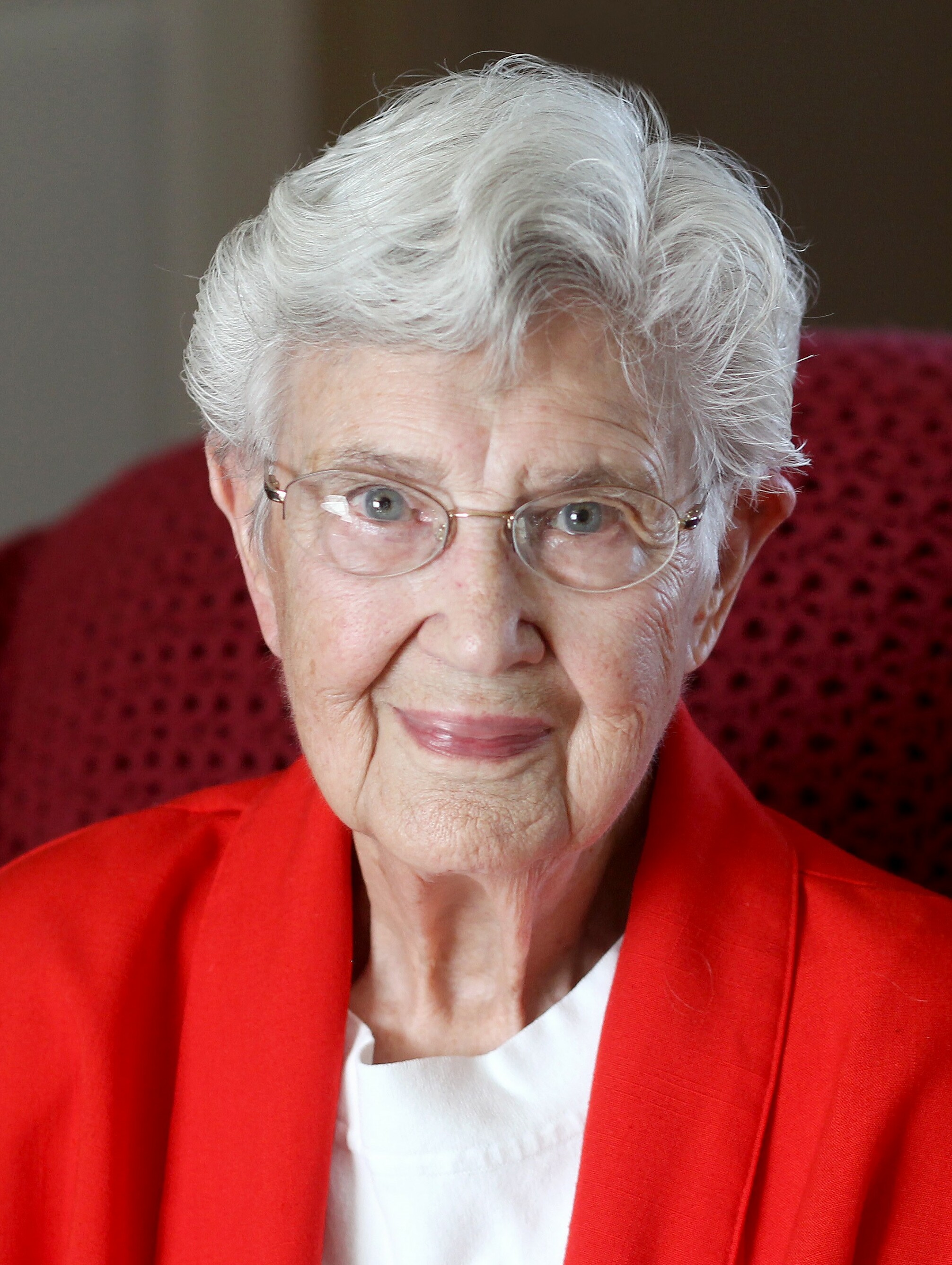 Obituary of Jean A. Davis

Jean Adelle Nordby Davis, 96 years young, was a long-time resident of Meridian, followed by residences in Alaska, Marsing, and Nampa.  Jean passed away Sunday, October 17.  A celebration of her life will be held at Flahiff Funeral Chapel in Caldwell, Monday November 8, 11:30 AM.  In lieu of flowers the family requests donations made to Meridian OES Scholarship fund, 3308 Parkview Way Nampa, Idaho 83687 or a charity of your choice.

Jean was born July 1, 1925 in Lewiston, Idaho, the first of 3 children to John and Hazel Nordby.  Her growing up years were spent helping on the family farm during the Depression.  Jean told a story of her father bargaining for horse harnesses, the cost was 1 gallon of milk which she delivered each day before school for many months.   During Jean’s junior year of high school, a very handsome young man came to the dairy farm to test the cows’ milk.  Later this same gentleman, now away from home in the Navy, sent Christmas cards to his clients. Jean responded and thus begun their courtship by mail, she commented most of their ‘dates’ were 6 cents, the cost of an airmail stamp.  Jean married Fredrick James Davis, Jr on Oct 19, 1943; they were married for 41 years.

Together Jean and Fred raised five children, John, Bill, Mary, Alan and Cindi on dairy farms in Meridian.  Jean worked at several locations over the years, primarily:  The Idaho National Bank in Boise; AT&T in Meridian; the Western Idaho State Fair; the US Forest Service in Cascade, Idaho and later a transfer to Seward, Alaska; the National Interagency Fire Center (Boise branch) and the United Way in Fairbanks, Alaska.

Jean loved all kinds of crafts, sewing and ceramics to name two. Ceramics began as a hobby in the house and soon became a thriving business. To reduce the household ceramic dust and gain more room, Fred built a ceramic shop.  The new shop was filled with students most weekday nights.  In 1976, after selling the farm and ceramic business, sewing became her hobby of choice making doll clothes and quilts for Christmas gifts.

Jean was involved in many organizations. She was initiated into the Order of the Eastern Star in Meridian in 1955, where she held each office and served as Worthy Matron in 1966-67.  She maintained a lifetime membership.  Jean became a member of the National Society Daughters of the American Revolution (DAR) in February 1988, held a variety of offices including Alaska Chapter Regent in 1995-96 and 2005-06. She was also a charter member of the Marsing Nazarene Church’s Half-mates.

Faith has always been the cornerstone of Jean’s values. She attended the Meridian Methodist Church for many years and joined Roadway Ministries in Cascade.  During the 10 years she lived in Marsing the Nazarene Church was her home church.  In 2016, Jean moved to Heron Place (assisted living) in Nampa.  There was no consistent church service at the facility, so Jean led worship each Sunday with the help of songbooks and recorded sermons on CD’s.

Funeral serivces will be held on Monday, November 8, 2021 at 11:30 am at Flahiff Funeral Chapels, Caldwell. Interment will follow services at Meridian Cemetery, Meridian, Idaho.

To send flowers to the family or plant a tree in memory of Jean Davis, please visit Tribute Store
Monday
8
November

Share Your Memory of
Jean
Upload Your Memory View All Memories
Be the first to upload a memory!
Share A Memory
Send Flowers