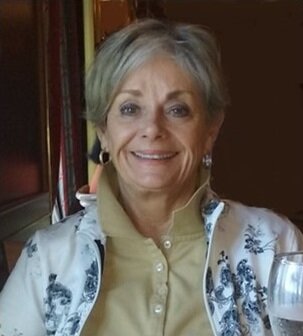 Sally (Mautz) Hoffman passed away in Nyssa, Oregon, on October 27, 2021, surrounded by her family.

Sally and her big brother Henry “Butch” Mautz, Jr., who was born a year and a day before her, were inseparable as children. Butch kept watch over his little sister as they were growing up. As adults, they would gather every year to celebrate their birthdays together.

The family was forever impacted by the death of Sally’s father when she was very young. Eventually, Butch, and then Sally and her mother, moved to Idaho, where they already had family.

Sally had wonderful memories of attending Boise High School, where she was named Homecoming Queen in 1964.

On December 15, 1965, she welcomed the birth of a beautiful baby girl, Shannon, with husband Bob Dethman. Randy Ackley and she celebrated the birth of their baby boy Kelly “Kell” Ackley on January 13, 1972. Sally’s children brought her great joy.

Sally had a long and successful career in business. She was a budget analyst at the Capitol Building under Governor Cecil Andrus, a stockbroker for G.T. Murray, and ended her career as a broker for Nationwide Financial.

On November 16, 1985, Sally married the love of her life, Robert “Bob” Hoffman. They enjoyed traveling together all over the United States and internationally, packing into the Bob Marshall in Montana, hosting parties for their friends and family, and sitting side by side for every Boise State Broncos football game.

She was a consummate hostess, always preparing a special dish when family or friends visited, a celebrated painter, an expert golfer, a formidable tennis opponent, a fierce Bridge player, and a lively pickleball player. She concocted delicious and healthy smoothies for herself and anyone else in the house. If you were her neighbor and owned tennis shoes, she would wrangle you into an early morning speed walk.

Wherever Sally lived, she committed herself to improving her home and making the community around her a better place than how she found it.

Sally was preceded in death by her parents, Grace and Henry Mautz, Sr., her brother Lee Mautz, and her aunt Ethel Brown.

There will be a small service for immediate family members only. The family asks that those wishing to honor Sally’s life donate to the Pancreatic Cancer Action Network at pancan.org/donate, or through the mail at 1500 Rosecrans Ave., Suite 200, Manhattan Beach, CA 90266.

To send flowers to the family or plant a tree in memory of Sally Hoffman, please visit Tribute Store

Share Your Memory of
Sally
Upload Your Memory View All Memories
Be the first to upload a memory!
Share A Memory
Send Flowers