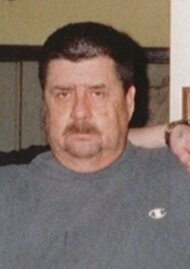 Lonel Rodney Crabtree, age 75, passed away surrounded by family at St Lukes hospital on October 14, 2021. He was born on April 28, 1946, in Plainview, Nebraska. But he lived the majority of his life in Idaho.

He enjoyed fishing, shooting and being with his family. Lonel worked for and retired as a mechanic from Simplot.

Lonel is survived by his sister Sandra, significant other Janie, four sons Lonnie, Malloy, Clifford, Christopher and a daughter Sabrina. Also numerous grandchildren and great grandchildren. He is preceeded in death by his father James, mother Marian, brothers Preston, Jerry, Clifford and a sister Winona.

To send flowers to the family or plant a tree in memory of Lonel Crabtree, please visit Tribute Store

Share Your Memory of
Lonel
Upload Your Memory View All Memories
Be the first to upload a memory!
Share A Memory
Send Flowers