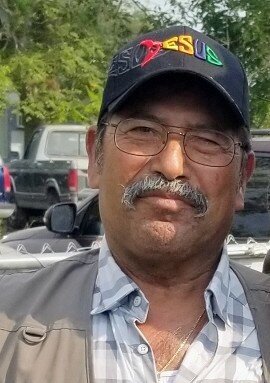 Francisco was born, March 8, 1955 in Zacatecas Mexico. Second child of six children, of  Pedro Adame, and Silvina Rodriguez. Francisco came from humble beginnings, but it would be a driving passion for hard work, his ability to fix anything, and always being grateful for everything he had in life.

Francisco will always be remembered as a hard worker, even from a young age. The first one up, and working till it was complete. He spent many years working in agriculture labor. Which allowed him to find the joys of gardening and yard work. There was nothing Francisco couldn't grow! No matter the conditions. A skill set that he was incredibly proud of.

Francisco's love of hard work, and determination would be the driving force that would eventually bring him to immigrate to the small farming community of Wilder, Idaho. Where Francisco would meet his life long companion, Anna Gonzalez.

Anna recalls Francisco confidently approaching her, and starting a conversation. Anna claims, it was definitely an instant attraction, and he was very easy to like. Which not long after they would marry August 25, 1987, and settle down in Wilder.

Although Francisco and Anna would not have children together. Francisco willingly stepped in, and helped raise Anna's two young boys, from a previous relationship. Instilling good work ethics, tinkering, a love for treasure hunting, and always finding a way to leave a mark on the world.

Francisco had been diagnosed with multiple myeloma in 2017, and found remission several months after. Which in 2020, they would find the cancer had come back. While we thought for sure, his fighting spirit would be what helped him overcome his covid diagnosis, Francisco's body was just too weak. We never stopped believing in him, cause he didn't stop fighting, even at the very end.

Francisco is survived by the love of his life, Anna, of 34 years. His son's Roman(Janine) Guzman, Eleazar(Juanita) Guzman. His pride and joy, his six grandchildren. Francisco was so proud of his children, and his grandchildren. You've never found a more proud man. He truly loved his family. His siblings: Miguel Adame, Dionicio Adame, Rodolfo Adame, and countless other family.

Francisco was welcomed in death by his loving parents, all his grandparents, and two sisters.

"When we lose someone we love we must learn not to live without them, but to live with the love they left behind". -Anonymous

To send flowers to the family or plant a tree in memory of Francisco Rodriguez, please visit Tribute Store
Friday
12
November

Share Your Memory of
Francisco
Upload Your Memory View All Memories
Be the first to upload a memory!
Share A Memory
Send Flowers