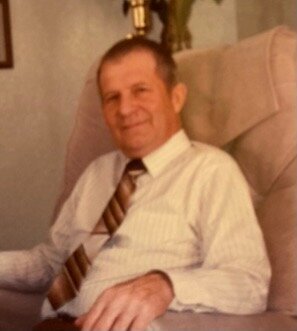 A memorial service will be held at the Greenleaf Friends Church on Friday November 19, 2021 at 1 PM.

From childhood Chester had a fascination for all kinds of equipment, and an aptitude for repairing it. While in grade school, he rebuilt small engines. He began driving a tractor at 5 years of age on his father’s farm. When he was in sixth grade, he fell out of a tree, breaking his back and leg which caused him pain for the remainder of his life.

He graduated from Greenleaf Friends Academy in 1951. He attended Seattle Pacific College, George Fox College, and Le Tourneau College where he received a certificate in Welding Engineering. He used this skill for the rest of his life, always exhibiting excellent welding skills.

He married Marilyn Ruth Houston in July, 1953. They moved to several different states over the next ten years partly due to work and partly chasing adventure. They enjoyed living in Texas, New Mexico, Colorado, Montana, Oregon, California, and Alaska. They had 6 children. In 1963 they returned to Greenleaf and in December of 1971 they moved to the farm where he lived until his death.

In 1971 Chester and Marilyn began running the orchard with his father, Carl. Throughout his life, he was an orchardist, farmer, logger, truck driver, mechanic, pilot, welder, and musician. Along with that he had a fleet of trucks which he used in custom hauling for other farmers in the valley. He had the skill to build something out of anything and was able to repair most anything anyone asked him to. He was a mechanical genius whom the children and other family members called with any and every mechanical problem.

Chester (a trombonist) with Al Fisher, Henry Warren, Vaughn Warren and Cecil Hardinger formed the “The Greenleaf Brass” in 1971. Many others joined them along the way having fun playing music together. They played about 3,000 gigs. He had to stop playing in 2017 at which time he figured he had traveled a total of 100,000 miles with the Brass. Considering his strong work ethic, it was surprising and amazing that he often took off early from his work to play in the band.

Chester had an interest in airplanes and flying. After experiencing his first flight at age 15, he made four attempts at different times to get his pilot’s license. He finally succeeded in 1977 and was thankful that he had not given up. He always had a passion to own and build an airplane and finally had an opportunity in 1994 to purchase a plane that had been in an accident. He restored it over the years with the help of many friends, his son and grandson.

In 1979 he began building the beautiful log home which was Marilyn’s dream home. In the fall of 1984, they moved in, where he lived the remainder of his years.

He was a good husband, father, grandfather, and great-grandfather, active in his children’s lives. He encouraged them to follow God, to work hard without giving up and to get a good education. He took his family snowmobiling, on family camping trips with pack horses, with the Greenleaf Riding Club and on many other outdoor adventures. The grand-children have memories of him taking them sledding in the snow.

Among his other adventures, he did some mission work. He went to the Philippines with Dan and Colleen’s mission Bridge to the Islands Ministries. He taught a welding class, repaired equipment, and helped out however he could. He was also involved with Idaho Friends of MAF (Missionary Aviation Fellowship).

In 1997 Marilyn and Chester went to Wycliffe Bible Translators in Texas to help build their new headquarters building. He spent most of his time welding braces and making sure they were welded according to the ASC standard. Later, when there was an earthquake in Texas, the building stood strong, thanks primarily to Chester’s uncompromising commitment to quality.

He lost his wife, Marilyn on September 22, 1999 in a farming accident. This left a huge void in his life. She was a faithful wife and mother, farming partner, bookkeeper, and crew boss. His son, Jonathan also died in 1979 at sixteen years of age, in a swimming accident. This was devastating to the family, but especially to Chester.

In 2005 he married Susan Berry. She added a spark of joy and laughter to his life and those around her even through her battle with cancer, which took her life in July of 2013.

or to the Missionary Aviation Fellowship.

To send flowers to the family or plant a tree in memory of Chester Harris, please visit Tribute Store
Friday
19
November

Share Your Memory of
Chester
Upload Your Memory View All Memories
Be the first to upload a memory!
Share A Memory
Send Flowers