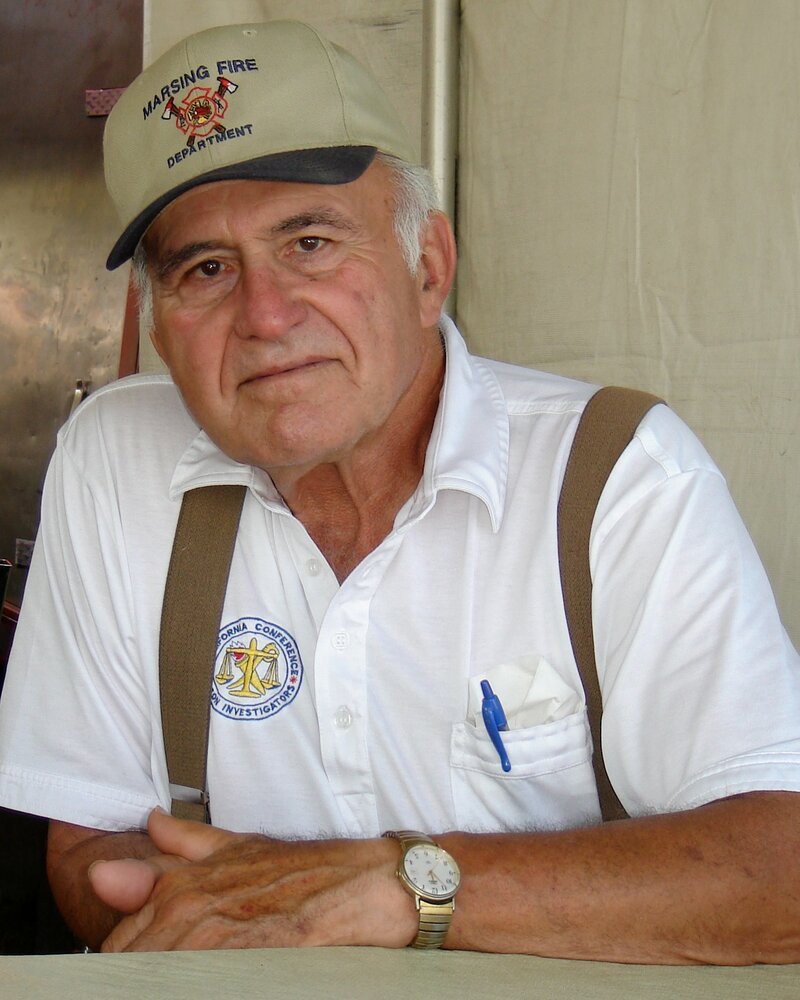 If you live in Marsing, you probably know of Roman Usabel. Roman was born March 8, 1934, to Nicasio and Mary (Luque) Usabel in Boise, ID and passed away on November 27, 2021, at the age of 87 surrounded by his loved ones who will continue to honor his legacy.

Wide-open spaces were attractive to Roman’s father, Nick Usabel, who emigrated here from Spain, with his brother, in 1917 when he was 15 years old! He was a sheepherder and eventually bought 200 acres to farm in Marsing. His dad grew hay, grain, corn and alfalfa seed. Like his father, Roman took to farming, now his son, Joe, continues the family farming tradition.

Roman lived in Marsing his entire life and on the same farm since he was three years old. He had one sibling, a sister, Carmen Subia, who recently passed. Roman attended Marsing schools; speaking only Spanish when he started.  Roman was active in nearly every kind of sport. He excelled in boxing and had the nickname, “The Basque Bull”.  After graduation, he attended The College of Idaho for a year and played football. He served two years in the Army on the military police force. He frequently told us stories about “The Buckroe Beach Landing” and “The Battle of the Moat” at Ft. Monroe, VA. After the stent in the army, he worked on building the Browlnee Dam in Idaho.  He came back to Marsing shortly after and never left the place he affectionately called home.

In 1959 Roman married Helen Burton and from this union they had three children: Joe, Ramona and Michael. Roman and Helen lived and farmed the family homestead in Marsing for 30 years. In 1989 Roman and Helen divorced.

Roman met Jeannie Drennon in 1990. Jeannie, Texas born & raised, had recently moved to Marsing where she met Roman. Their relationship quickly blossomed and in 1995 they got engaged. They were married the next year and continued to live on the family farm in Marsing.

Roman started his lifetime of service as President of his Junior Class and then as Senior Student Body President at Marsing High School.  Over the years Roman served 50 plus years on the Marsing Fire Department, 25 years as Fire Chief as well as the Fire Marshal; President of the Marsing Disaster Auction; Gem Irrigation Water Board;  Selective Service Board for Owyhee County for 20 years; US Farm Service Agency Board (formerly known as A.S.C.S.); FHA Board Member; Owyhee County Fair Board Member; President and board member of Cooperative Oil Assoc.– Treasure Valley; Marsing School Board Chairman and Board member for 20 plus years; Building Committee Homedale Basque Club– Txoko Ona; a lifetime Marsing Lions Club Member; and President of the Marsing Senior Citizens Board of Directors.

Roman was awarded several honors: 1963 Marsing Beard Growing Contest; two-time recipient of the Marsing Lions Club “Lion of the Year”; three-time Honorary Chapter Farmer Degree, Marsing FFA; State of Idaho “Outstanding Achievement Serving the People of Idaho” by Gov. Kempthorne in 1999; and most recently as the Grand Marshal of the Marsing Christmas Parade and Owyhee County Fair and Rodeo Parade.

After he retired from farming, he started a huge garden at home. He loved working that garden every day in the summer after he got home from the coffeeshop, where he went every day to read the paper, catch up on the gossip and play Gin Rummy with the boys. He loved to play cards. Roman bought a food wagon that he and Jeannie named “Usie’s Chuckwagon”. Roman almost exclusively used the food wagon at farm and estate auctions. They also used it for private parties and lunchtime at SSI in Wilder, ID. He enjoyed being the “PR Man” at the window. He could give food away and BS with his buddies. He also ended up purchasing a lot of items just from the window of the wagon when the auction moved around close to them. Later in life, Roman volunteered several days a week at the Marsing Senior Center. Always the first to arrive, prepping food, serving and cleaning up. He enjoyed his time helping and serving his community.

If Roman could say one thing to all the people of Marsing, he would say, “folks be thankful you’re livin’ in the best community in the state of Idaho. It’s hard to beat.”  He lived by the Golden Rule, and he appreciated the way that the people of Marsing support the school system and each other. He also claimed the weather in Marsing is just about as ideal as you could get, and he had a hard time wanting to cross the river.

At Roman’s request, please no flowers. In lieu of flowers the family has established a scholarship fund in Roman’s name. Donations can be accepted at any DL Evans Bank or mailed to DL Evans Bank, 919 Blaine St, Caldwell, ID 83605. Or a donation to the Txoko Ona Basque Center, P.O. Box 1163, Homedale, Idaho 83628.

To send flowers to the family or plant a tree in memory of Roman Usabel, please visit Tribute Store
Monday
20
December