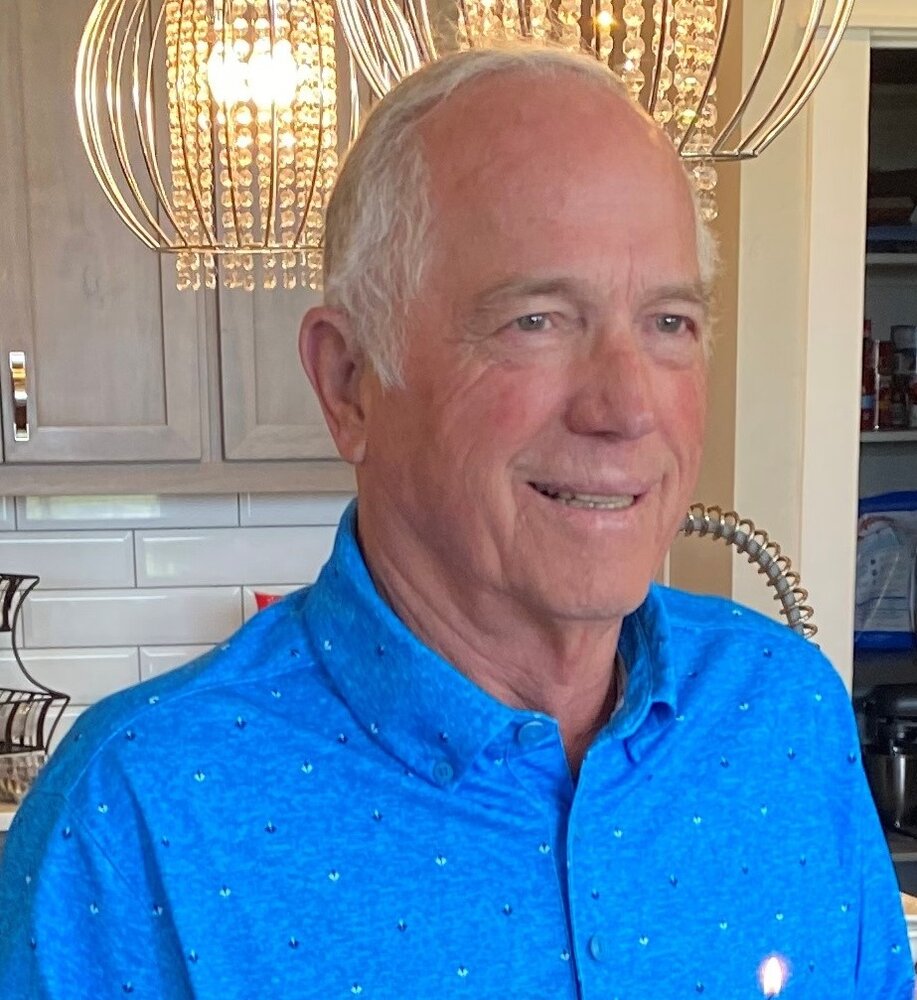 Rodney Glenn Roe was the only child of Lucille (Yarno) Roe and Orville G. Roe. He was born in Long Beach, California on August 21, 1937 and he died of Covid on December 21, 2021. Rodney’s’ father was born in Payette, so when he was four, they moved back to Payette, where he attended grade school.  He was extremely proud of the fact that he played baseball in Payette with Harmon Killebrew.  High school was spent as a boarder at Gem State Academy in Caldwell. Many of his fondest memories are of the guys he spent living with for those four years, Charlie Smith, Don Trammel, Will Robinson and others.

After graduating from Gem State Academy In 1955 he married his first wife, Freda and they moved to Walla Walla, Washington, to attend college. Rodney intended to become a Dentist while Freda attended Nursing school. Rodney decided to become an ASCP Laboratory Technologist. While in college he made a living by performing autopsies at the local hospital at night. They then moved to Spokane and Dave was born there in 1959.

Rodney and family moved back to Boise to work in the laboratory at St. Luke’s.  While living in Boise he played softball for many years as catcher.  Rodney’s son Doug was born in Boise in 1961.

An opportunity arose for him to work in Salem, Oregon so the family moved.  A physician was researching the genetics of certain criminals, especially Klinefelters, which was quite fascinating.

Rodney wanted to see the world and in 1967 he had the opportunity to go to the Figi Islands or the Micronesian Islands of Guam. Rodney chose the job on Guam with his church at the Adventist Clinic in Agana Heights. He was only there a few months when the Administrator quit so they asked Rodney to be the Administrator (If you know Rodney, this made perfect sense). He told them he would if they would send him to college and they agreed.

He worked all day running the clinic and attending the University of Guam at night, attaining a BA in Accounting. Rodney successfully grew the Medical Practice and was an integral part of designing and building the new and larger Medical, Dental and Vision clinic in Tamuning.  He loved Guam and snorkeling, finding fish to fill his tank. He loved watching his sons Dave and Doug racing their dirt bikes in the red soil. Rodney’s youngest son Tim was born on Guam, as was his youngest child Cindy in 1973.  I remember him being amused that his little son Tim would walk barefoot across the sharp coral on Guam without ever injuring his feet. Rodney loved the people of the islands of Yap, Pohnpei, and Palau and they loved and respected him. Years later when we returned for a 25 year anniversary of the clinic, Rodney’s good friend, Frank Taitigue, was there to meet us and invite us to his home. It was a wonderful reunion.

After a little over six years, he was called to Hong Kong to be a Hospital Administrator, in the ‘70’s.  Just before they moved to Hong Kong, Cindy was born. He loved Cindy beyond words.  They talked every day, for as long as I can remember. She was the apple of his eye and her love of horses was encouraged by Rodney because he enjoyed horses too. For many years in Fort Hall, Idaho then here in Parma he bred and raised quarter horses.

When Rodney and family arrived at the Adventist hospital at Tsuen Wan, it mainly served factory workers, villagers living in squatter huts, marine residents living on sampans and the large number of refugees pouring into the city. To provide affordable healthcare and maintain operations, the hospital relied on charitable donations from local businesses.  Rodney enjoyed everything about Hong Kong and often talked about it. We travelled there a few years ago and I could see why he was so fascinated by it.

After two years in Hong Kong, Rodney and family returned to the United States. With all of his abilities, accomplishments and education, he could not find a job. So he decided to go to Boise State for an MBA. It was not long before he realized that he knew much more about real world business than they did. In the meantime Kenny Dutton had a Nursing Home in Pocatello, Idaho and enlisted Rodney to be the Administrator. Eventually Rodney bought the Nursing Home and never looked back. He met his second wife, Edith, at this nursing home, “Hillcrest”. Thus began a love story that has lasted until I find myself writing this and feeling like he will soon walk through the door and ask “what’s for dinner?” We were inseparable; wherever he went I went too.

Even before meeting Edith, Rodney was an accomplished horseman, buying and breeding quarter horses for the snaffle bit futurities. One of our first trips together to the Treasure Valley was to deliver “Mucho Leo Chex” to the High Horse Arena in Nampa, where Doug Williamson trained horses. Mucho Leo Chex split 6-7th at the World in 1995 with Doug Williamson/Teddy Robinson. Rodney won many awards, ribbons and buckles. He was proud of winning Reserve Champion and Circuit Champion on Dox Wired Lena. Rodney was the epitome of a gentleman horseman.

In 1987 Rodney and I heard about the Nursing Home in Homedale being close to bankruptcy so we decided to move to Homedale and buy it. It was quite run down but Rodney was convinced that we could turn it into one of the best nursing homes in Idaho. He was right-it is still the best Nursing Home in Idaho. Many of our great staff like Melissa Truesdell and Georgia Nelson are still there. In 1994 we designed and built “A Country Rose” Assisted Living Facility in Parma, Idaho, which we sold with the Nursing Home.

We sold the “Roe’s Country Manor” (Homedale Nursing Home) in 2000 and purchased Homedale Drug from Jerry Rasmussen.   Since Rodney was not a pharmacist and needed an income, he started another career as the Health Services Administrator at Idaho Maximum Security Prison-he worked there for seven years-all the while running the pharmacy in Homedale!  Rodney kept the books and made sure we stayed solvent. Rodney insisted on trading in Homedale, he would say, “if I don’t support the town, the town will soon not have any places to shop.” Rodney was often at the pharmacy, joking and talking to the customers.

Rodney was passionate about golf, and he had a whole group of guys he golfed with that included Dan Uranga, Bill Cegnar, and Steve Nielsen, Ed Lowder, Tommy Peagram, Doug Batt and others. He would listen for his phone to ‘ding’ so he would know the “guys” were going golfing. He would act like he didn’t care but as soon as I told him to go, he had his clubs and hat and away he went to River Bend. When he came home he would tell me about his best and worst shots and who won five dollars or who lost money-he so enjoyed the camaraderie that golf offered.

Many people don’t know this, but Rodney was a pilot and owned his own plane, a little Cessna. He loved to talk about flying from Pocatello to Payette or Salt Lake to check on his Nursing homes. He knew many of the little airports in Idaho; his call letters were “12039 Papa Sierra”. He was a really excellent photographer and everywhere we went he would take pictures that were more like art than photographs.  We frequently went bird watching, which was great because there was not a bird anywhere that Rodney didn’t know what kind it was!

Rodney died right before Christmas and at the pharmacy on Christmas Eve, all of Rodney’s staff showed up for work and kept his legacy alive. Thank you to his son, Leo, the pharmacist, Theresa, Pharmacist, Nancy Castro and Erin Kiester, pharmacy technicians and Brittany Estlick and Cindy Marks, cashiers. Rodney would be so proud of you. We, the family and staff of Homedale Drug want to thank you for the love and out pouring of support and sympathy offered to all of us here.

Rodney raised 6 wonderful children and all of them feel the loss of the best father a child could have. Rodney was good at every sport from baseball to equestrian pursuits and everything in between. He taught his children sports and supported them as they grew up and matured into fine adults. His children are Dave (Vicki) Roe, Doug (Lori) Roe, Tim (Amy) Roe, Cindy (Frank) Grimaldo and stepsons John Frank and Leo (Jaimie) Frank.

He particularly loved his grandchildren: Tenessa, Tyler, Josie, Olivia, Sammy, Daxton, Matix, Carter, Makayla, Jessica, Josh, Michael and Danielle. His two great grandchildren are Michael’s daughter, Kaya and Danielle’s son Rylon. He was preceded in death by his beloved granddaughter, Michelle, his parents, Orville and Lucille , many uncles, aunts, cousins and quite a few of his Gem State classmates and  friends that he met along the way. Rodney never knew a stranger-he liked everybody.

Rodney was a classy gentleman and a self-made man. He was loved and admired by all and we all miss you, Rodney.  I want you to know I will always love you: I always felt that you could do anything and I was there to hopefully help you. You are forever in our hearts, Rodney Roe. Rodney’s service will Be January 8, 2021 at the Nazarene Church in Homedale at 2pm. There will be a reception at the Basque Center to follow. He will be laid to rest in Riverside Cemetery, Payette, next to his parents and grandparents.

To send flowers to the family or plant a tree in memory of Rodney Roe, please visit Tribute Store
Saturday
8
January

Share Your Memory of
Rodney
Upload Your Memory View All Memories
Be the first to upload a memory!
Share A Memory
Send Flowers