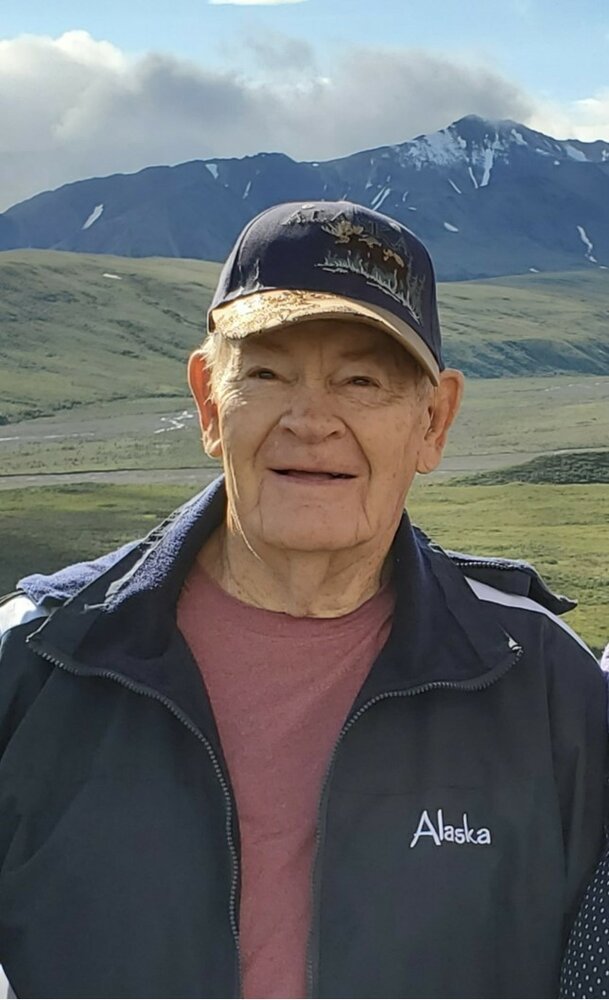 Ronald John Ashliman passed from this earthly life into the arms of his Heavenly Father on January 8, 2022 at his home in Middleton Idaho, surrounded by his loving family after a brief battle with Myelodysplastic Syndrome.

Ron was born on Jan 18, 1941 in Logan Utah to Marvin Leo Ashliman and Lola Ranzenberger. They lived in Providence, Utah. He graduated in 1959 from South Cache High School.

He was an active member of the Church of Jesus Christ of Latter-Day Saints. He served a 2-year mission in the Great Lakes mission from 1962-1964. He served in many positions in the church throughout his life. He served an 18-month senior mission with his wife in the Kirtland, Ohio mission from May 2009-Oct 2010.

He met his eternal sweetheart, Karen Nielsen, on a blind date. Ron and Karen were married in the Logan, Utah LDS temple on Feb 3, 1966. They made their home in Cache Valley. Ron always dreamed of moving to Alaska to raise his family. This dream was never fulfilled. His career as a control room operator at Utah Power and Light started in 1967. Two children later a job transfer took them to Kemmerer, Wyoming. Ron told Karen she could plan to live there for 2 to 4 years they stayed for 42. Three children joined the family in Kemmerer. He spent many hours watching the kids play sports and attended as many events as possible. In Sept 2012, they moved to Middleton, Idaho to get out of the cold Wyoming climate and be near four of their five children. The oldest son, Corey, and his family remain in Kemmerer.

At his home in Idaho, he loved to keep his yard green, grow a garden and started bee keeping. When he was not outdoors, he spent time oil painting, pencil drawing and discovering family history. He also loved watching the Utah Jazz.

Funeral services will be held on Friday, January 14, 2022 at the LDS Stake Center at 1332 Cornell Drive in Middleton, Idaho. Viewing from 9:30 – 10:40 the funeral service will start at 11:00. Procession to the Middleton cemetery to follow.

To send flowers to the family or plant a tree in memory of Ronald Ashliman, please visit Tribute Store
Friday
14
January

Share Your Memory of
Ronald
Upload Your Memory View All Memories
Be the first to upload a memory!
Share A Memory
Send Flowers