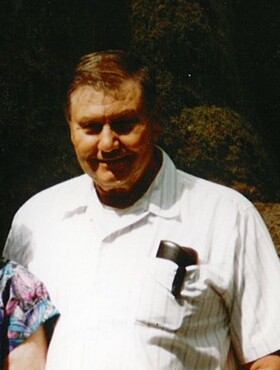 Billy Junior Simpson, otherwise known as Bill, of Nampa, Idaho passed away on January 8 after a long battle with Wegener’s Granulomatosis. Bill was born January 20, 1932, to John and Jewel Simpson in Ketchum, Oklahoma. His passion was the outdoors. He loved the mountains and the cabin in Cascade, Idaho. His time at the cabin was spent hunting, fishing, and cutting firewood. Bill enjoyed four-wheeling with his family and friends in the Owyhee Mountains. Back in the 60s and 70s, Bill would hunt for deer and elk in the mountains with his horses and when he wasn’t hunting, he was fishing for salmon.

Bill is preceded in death by his daugher, Stephanie and her husband Jerry Tabor. He is survived by his wife, Velva of 69 ½ years, sons Gordon (Karla), and Curt (Diane) Simpson.

A graveside service will be held at Wilder Cemetery in Wilder, ID on Friday, January 21 at 10:00 AM.

Arrangements are under the care of Flahiff Funeral Chapels, Caldwell.

To send flowers to the family or plant a tree in memory of Billy Simpson, please visit Tribute Store
Friday
21
January

Share Your Memory of
Billy
Upload Your Memory View All Memories
Be the first to upload a memory!
Share A Memory
Send Flowers